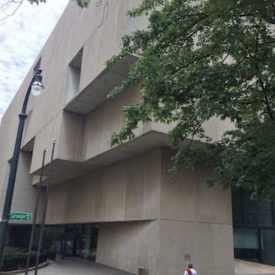 The Atlanta-Fulton Public Library System has scheduled its final round of meetings to provide information about construction projects at seven library branches. Five branches in this round of renovation work are in Atlanta and construction on some is to begin in April.

Meanwhile, the design work to renovate the Marcel Breuer-designed Central Library continues out of the public eye in the offices of Cooper Carry – The Center for Connective Architecture.

The latest update about Central Library issued by library officials advised that renovation is expected to begin this autumn. A completion date has not been announced. Last year, a contract to store materials during construction predicted a three-year construction cycle. Before controversy arose over the fate of Central Library, the timeline for the library system’s overall building programs called for all work to be complete in late 2020.

Central Library could have met its fate in the form of a wrecking ball. Some public officials wanted to build a new structure that struck a different tone from Breuer’s brutalist creation. In the end, the decision was made to renovate a building that represents the culmination of Maynard Jackson’s two terms as Atlanta mayor and Atlanta’s arrival on the global stage of modern cities.

Regarding the renovation of the seven library branches, these meetings are being billed as the final “sneak peek” at design plans. Members of the design/build team are to be available to answer questions. This is the last round of meetings scheduled with the public before construction begins.

All meetings are slated from 6:30 p.m. to 8 p.m. on the following dates and locations, according to the schedule the library system released:

These meetings relate to the construction work scheduled at the seven libraries, for which Hogan Construction Group, LLC has announced the following schedule: 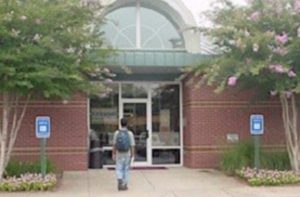 The Kirkwood Library is slated to be renovated in a construction period set to begin in April and conclude in July. Credit: atlantapublicschools.us

Hogan was awarded a contract to handle the work at all seven libraries. Fulton County’s Board of Commissioners approved a total not-to-exceed price of $12.6 million for these seven projects.

The renovation of these seven libraries is included in the work envisioned in the library bond referendum that Fulton voters approved in 2008. The $275 million capital improvement program is distributed throughout the county. 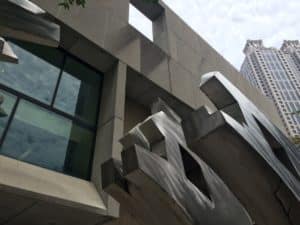 To pay for construction, Fulton County has issued three tranches of bonds that are backed by the county’s property tax revenues, and other revenues that represent the county’s “full faith and credit.”

In 2017, the county issued $104.8 million in bonds, according to the bond’s official statement. Interest rates range from 5 percent to 3.125 percent.