‘First Man’ – Neil Armstrong movie never gets off the ground 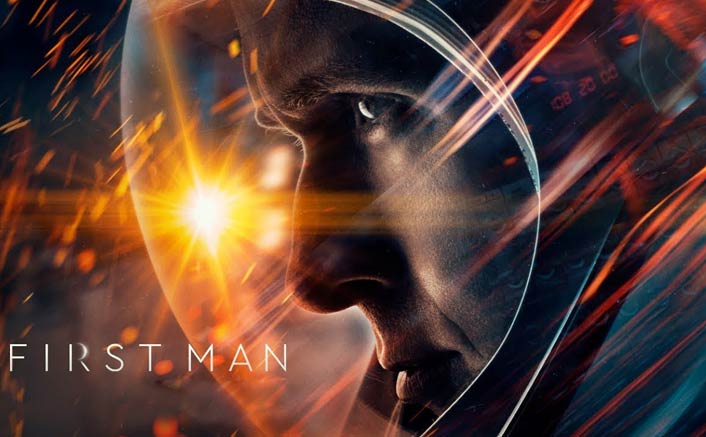 Houston, we have a problem.

“First Man” is worse than a bore. It is a slog – the most crushingly earthbound movie imaginable about going to the moon.

Forget mystery or poetry; this is a paean to strong silent men and mid-century technology. It’s pure white bread, gummy and well-chewed. The hippest moment in the entire film is when we hear Gil Scott-Heron lyric, “I can’t pay no doctor bills, but Whitey’s on the moon.”

But Armstrong, famously, historically, was first. The year is 1969 and a lot is going on in America. As director Damien Chazelle reminds us, not everyone was on board with NASA’s dream, but there was, at its core, something worthwhile and touchingly pro-USA about the effort.

The Neil Armstrong we meet – played with immobile stoicism by Ryan Gosling – is cut from the strong/silent mold. However, he and his wife, Janet (Claire Foy), have had their share of tragedy: a little girl, Karen, who died of a brain tumor.

So their life hasn’t been all Fourth of July fireworks and apple pie and this creates a potentially intriguing tension between what the country saw and what went on behind closed doors in the Armstrong home.  But aside from giving Foy a few scenes in which to rant (and solidify her Best Supporting Oscar potential), Chazelle does nothing with this.

Rather, he plods ahead, more interested in knobs and dials than human emotion. When it doubt, he closes in on Armstrong being shaken around really hard in whatever he’s flying. (Frankly, the only one I want to see all shook up in the 1960s is Elvis). 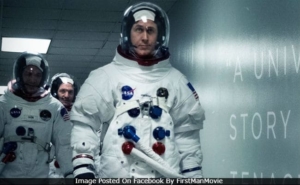 Chazelle’s previous pictures include “Whiplash” and “La La Land,” neither a model of subtlety or intelligence. Yes, he’s good at a certain kind of emotional manipulation.  The problem is, he’s chosen to make an obvious and simple-minded movie about an apparently reticent and complex man.

There are occasional lovely touches. Armstrong’s first footprint in the lunar dust or when one of his little boys, trying to grasp the enormity of Daddy’s moonshot, asks, “So you won’t be here for my swim meet?”

And there’s a heartbreaking moonstruck moment, involving Karen’s memory that, as far as I can tell, may be totally fabricated.  Which makes it less heartbreaking than callously exploitative.

At one point, someone wonders why we even want to go to the moon and the reply is, “Why does Rice play Texas?”

Maybe that should be Chazelle’s next movie.