First turtle nest of 2016 in Georgia spotted on Cumberland Island 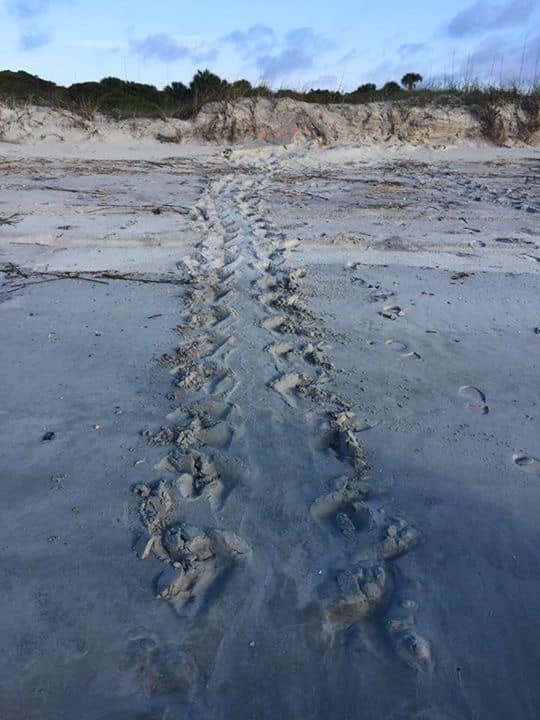 Georgia’s first loggerhead turtle nest of the year has been found on Cumberland Island, fueling hopes the number of nests of this threatened species will continue to rebound from a drop in 2014. 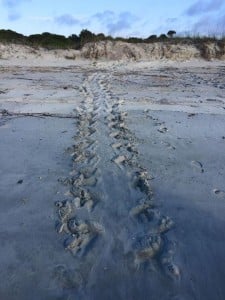 Hoffman covered the nest with a screen to protect the eggs from coyotes and other predators, according to a DNR statement. These screens are now commonly used and DNR has credited them with helping the population of loggerhead turtles rebound. They’ve been on the threatened species list since 1978.

The nest that was discovered puts Georgia on schedule for loggerhead turtles. They tend to begin nesting in early May and lay eggs through June, Mark Dodd, the state’s Sea Turtle Program coordinator, said in the statement.

That said, Florida claimed credit for what officials in that state think may have been the first leatherback turtle nest for 2016. It was found Feb. 24 at the Juno Beach Pier, in southeast Florida. That was the earliest since 2006 that a leatherback nest was discovered in Florida, according to a report by the Loggerhead Marinelife Center.

Georgia has recorded a fairly substantial fluctuation in the number of loggerhead nests discovered:

However, state scientists are confident that the number of nests will remain on an upward trajectory.

“We usually have a low year and two medium to high years,” Dodd said. “We had a low year in 2014. So we’re expecting a good year.”

Georgia has conducted comprehensive nest surveys since 1989. In 2012, DNR determined that the annual fluctuations are not an anomaly.

The University of Georgia has weighed in with genetic analysis that documented the number of loggerheads off the Georgia coast, and the nature of their relationship. The research was conducted on one egg taken from each discovered nest.

The federal National Oceanic and Atmospheric Administration has set a recovery goal for loggerhead turtles of 2 percent a year for 50 years. Georgia is on track to reach its goal of 2,800 nests a year by 2020, according to DNR’s statement.

It doesn’t help that loggerhead turtles favor Cumberland Island as a nesting ground.

According to a report by The Cumberland Island Conservancy, Inc., loggerheads face significant pressure from one predator on the island.

Feral hogs are such a nuisance on Cumberland Island that the National Park Service has had a hog eradication program underway for years. The hogs destroy underbrush and compete with deer and other critters for foliage. Hogs also feast on turtle eggs when they find a nest, according to the conservancy.

Sea turtle nests are tracked by the Georgia Sea Turtle Cooperative. It consists of a group of about 200 volunteers, researchers, and DNR employees working under the guidance of DNR. The patrol the beaches of barrier islands daily during nesting seasons. The group has a federal permit, which allows members to mark, monitor and protect sea turtle nests, according to DNR.