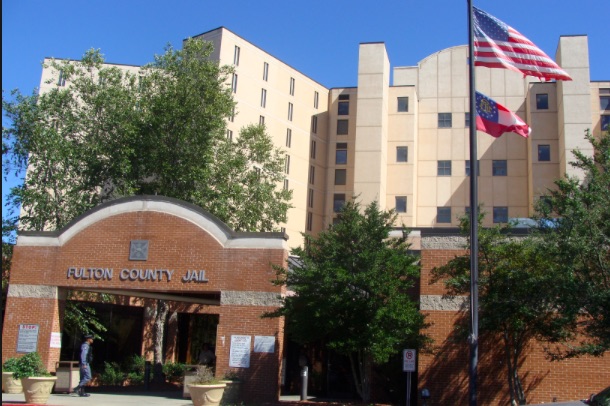 The Fulton County Jail, on Rice Street in Atlanta, has a reputation for being the largest mental institution in Georgia, according to Fulton County Commissioner Emma Darnell. Credit: Fulton County via naco.org

Fulton County commissioners took another step Wednesday toward ending the county jail’s reputation as the state’s largest mental institution. The goal is to treat mental illnesses through a network of programs based outside the jail, possibly in a future facility designed to provide treatment rather than incarceration. 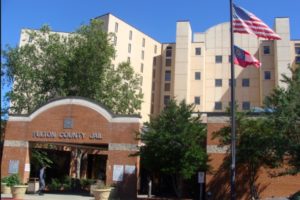 The Fulton County Jail, on Rice Street in Atlanta, has a reputation for being the largest mental institution in Georgia, according to Fulton County Commissioner Emma Darnell. Credit: Fulton County via naco.org

Commissioners heard a presentation about a report by a blue ribbon task force that has been evaluating the crossroads of mental illness and the criminal justice system. The group’s recommendations are to be part of the ongoing work to restructure Fulton County’s legal/mental health system, which was described as “complex” by several task force members and commissioners.

Fulton County Commissioner Lee Morris said the outcome will not be the elimination of the county’s mental health services. The result should be more appropriate treatment that will help the individuals affected and the larger community.

“We’re going to have to find resources for the mental health services that are going to replace [those provided by] criminal justice,” Morris said. “It will be lower cost and, more importantly, we will have helped individuals involved reclaim the healthy lives our creator intended. It makes the rest of us safer, and society safer. So there are benefits of this work that are almost beyond comprehension.”

Fulton County and Georgia’s 158 other counties have no choice but to restructure their systems for handling mental illness in jails. In 2010, the state entered into a settlement agreement with the U.S. Justice Department’s Civil Rights Division. The agreement calls on Georgia to:

Fulton County Superior Court Judge Doris Downs, a task force member, has presided over the county’s drug court since 2002. Downs told commissioners that much of her 32-year career in Fulton’s court system has involved defendants struggling with mental illness. Downs served first as a prosecutor then as a judge.

Between 40 percent and 70 percent of Fulton’s inmates have problems with mental illness, according to the report, in which mental illness emerges as a major aspect in Fulton County’s criminal justice system. The Fulton County Justice and Mental Health Task Force documented the situation during its work period, from April 2017 through December 2017. Among the findings: