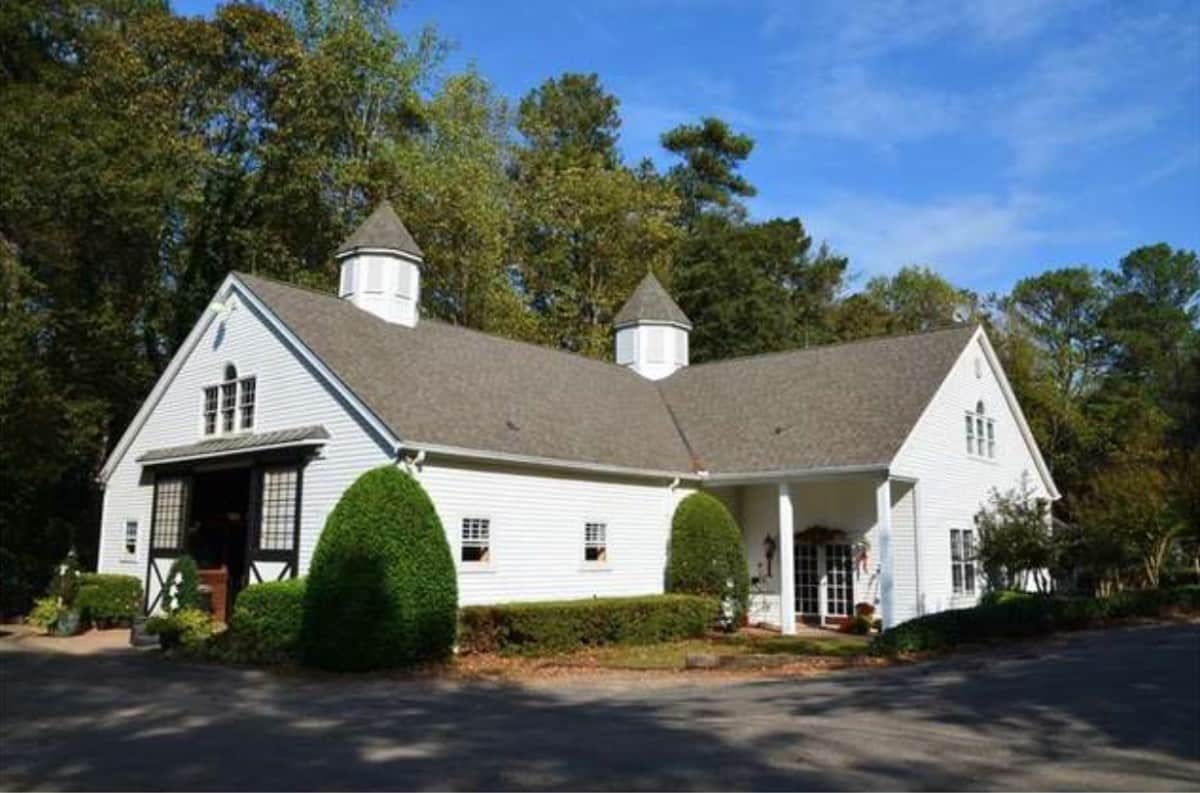 This horse barn in Milton is to be served by the expanded Little River Water Reclamation Facility. The barn is priced at $2.6 million. It comes with 10 stalls, two bedrooms and two bathrooms and 25 acres of land. Credit: homesandland.com
Share3
Tweet
Share
Pin
Pocket
WhatsApp
Buffer
Email
Reddit
3 Shares

As lawyers argue in a Washington courtroom over the distribution of water between Florida and Georgia, Fulton County is preparing to nearly triple the amount of treated sewage it dumps into a river that flows into Alabama and the Gulf of Mexico. 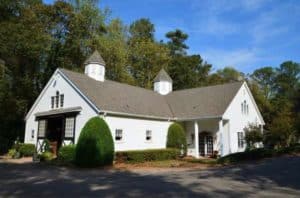 This horse barn in Milton is among the structures to be served by the expanded Little River Water Reclamation Facility. The barn is priced at $2.6 million and comes with 10 stalls, two bedrooms and two bathrooms and 25 acres of land. Credit: homesandland.com

Fulton County is seeking bids on its plan to expand its sewage treatment plant in Woodstock. The Little River Water Reclamation Facility is located just west of the Fulton/Cherokee border and serves Milton and other fast-growing areas nearby in northwest Fulton County.

The additional capacity is needed to accommodate the population growth in the Milton area, according to plans prepared by the North Georgia Water Planning District. Milton was incorporated in 2006.

Fulton County was authorized to treat 229 million gallons of sewage a day, as of 2006, according to the Water Management Plan prepared in 2009 for the planning district.

Projections for 2035 show that Fulton will need the capacity to treat 240 million gallons a day, according to the plan.

The expansion of the Little River WRF is part of the planning district’s long-range plan. Fulton’s sewage treatment capacity is to be increased to 313.5 million gallons a day. 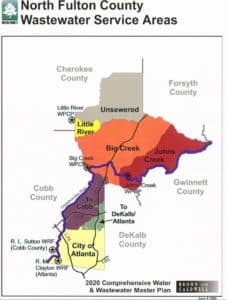 The Little River Water Reclamation Facility, which is to be expanded, serves the Milton area in northwest Fulton County. Credit: fultoncounty.gov

The Little River is near the northern tip of a river basin that ultimately flows into the Gulf of Mexico at Mobile, Ala.

The Little River flows into the Etowah River. The Etowah merges with the Oostanaula River near Rome and forms the Coosa River. After a few more mergers, the river empties into the Mobile Bay.

In its lawsuit, Florida contends that metro Atlanta and farms in southwest Georgia consume too much water from the Chattahoochee and Flint rivers. This has led to the collapse of the Apalachicola Bay seafood industry, Florida contends. Georgia denies the allegations.

The hearing in this case started Monday. Lawyers for both sides expects arguments to last about six weeks.

Lawyers have introduced 1,269 exhibits, according to the exhibit list.