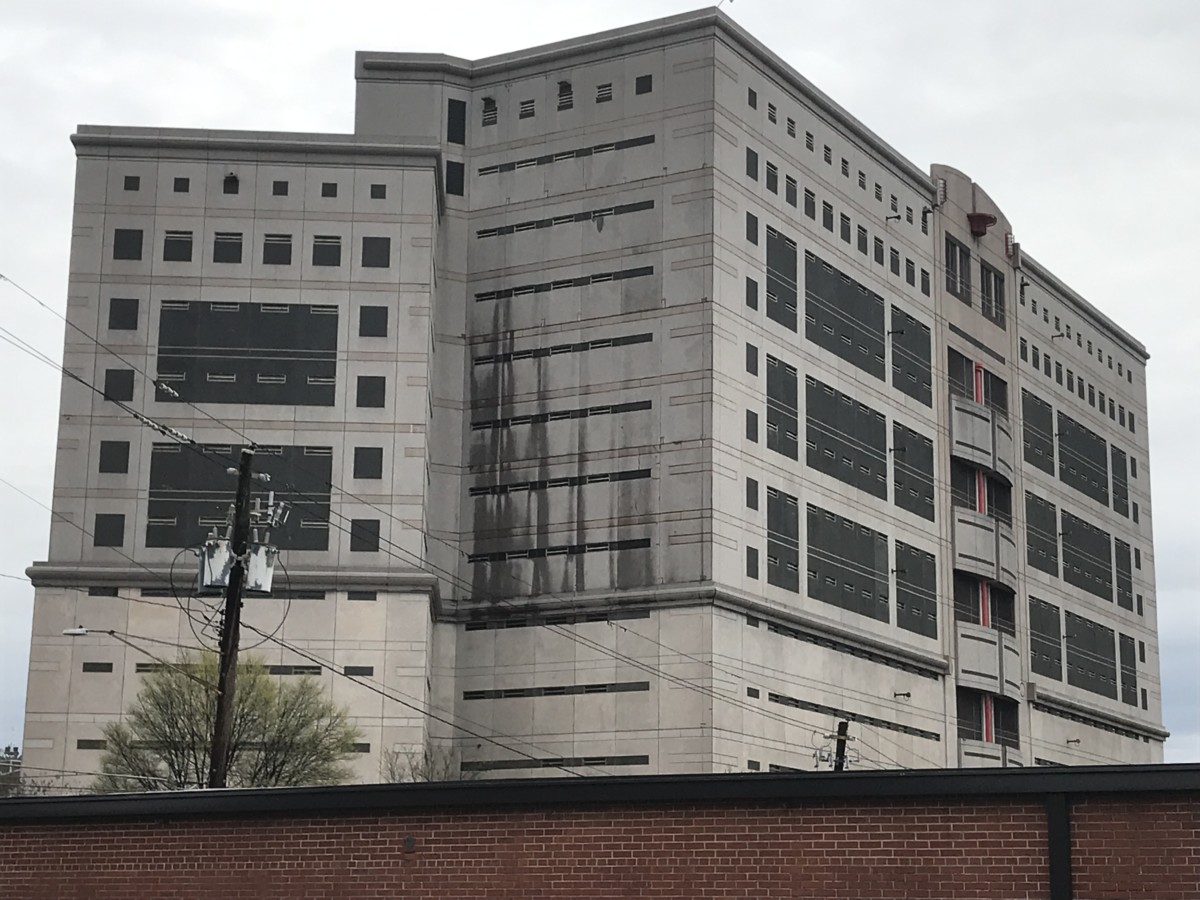 The new Fulton County sheriff says his jail is so out-of-date that no amount of money will fix it. He asked Atlanta City Council to at least pause the city’s jail-closing course and lend some space to the county.

It has a capacity of 2,591 beds. It was housing 2,942 people last week. During a pandemic. Inmates are on emergency lockdown due to the shortage of bed space.

“We need a new [county] facility. We need to plan for the future,” Labat said.

Building a new Fulton County Jail would take years — and it would take convincing the county commission to pay for it.

In the meantime at least, Labat is asking Atlanta for space in the nearly-empty city jail.

The city’s detention center could be brought online fairly quickly for any one of a number of purposes Labat outlined, like holding juvenile offenders. Or maybe giving the space to implement programs the Atlanta jail had, like having inmates do public service like cooking for seniors or work to clean-and-close abandoned buildings.

That’s going to take some convincing at City Hall. Atlanta Mayor Keisha Lance Bottoms has made closing the city jail one of her signature priorities. City Council broadly shares that vision too.

Atlanta has little interest in making inmates of people who are doing harmless things or things that are tied to mental illness or homelessness — such as urinating in a park.

And anyway, the Georgia Constitution requires Fulton to have a jail — so Atlanta cops will always have a place to drop off people that the city does want locked up.

Moore said it’s inhumane in there: crowded, obsolete, cramped, poorly maintained, people are sleeping on the floor and too many people share each commode.

“All I saw were young Black men, and older Black men, if there’s anybody of any other race in there, they probably were staying in their cells,” Moore said. “But it hit me in a particularly hard way and I cannot get those images out of my mind.”

She said the difference between that jail and the Atlanta City Detention Center is like night and day.

Moore urged the Bottoms administration to try and work out something, even if just for the short term while the city works on closing its jail, to get Fulton inmates “into a habitable environment.” 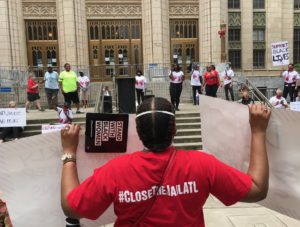 June 9, 2020 rally on Atlanta City Hall steps — protestors put pressure on the city to make good on its promise to close the jail. File/Credit: Kelly Jordan

Indeed, it’s taking a lot longer to actually close the city jail than some people expected. Key legislation to start the closure passed in 2019.

Close-the-jail advocates are unhappy enough with the pace that they’ve picketed City Hall and visited the mayor’s office on Valentine’s Day this year with a cookie cake reading “Close the Jail.”

Atlanta Chief Operating Officer Jon Keen told the Council committee and Labat that the sheriff’s plan expands incarceration in the heart of the city.

Keen said that the mayor was clear in her letter to Fulton County Commission Chairman Robb Pitts.

“The vision for the facility and for that land is to serve a higher and better purpose for our city than incarceration,” Keen said.

The mayor’s public safety plan is not about solving Fulton’s “short-term” facility issues, he said.

“There are inhumane conditions that must be solved and as Sheriff Labat stated, Fulton County must make the necessary long-term investments,” Keen said.