The Superior Court of Fulton County is using COVID-19 relief money to cope with its share of a statewide shortage of public defenders in multi-defendant cases.

“I’m proud of the fact that we’ve been able to roll this out in relatively quick succession and I appreciate the County being willing to fund it…” said Chief Judge Christopher Brasher, calling the effort important to providing justice and addressing a pandemic case backlog. 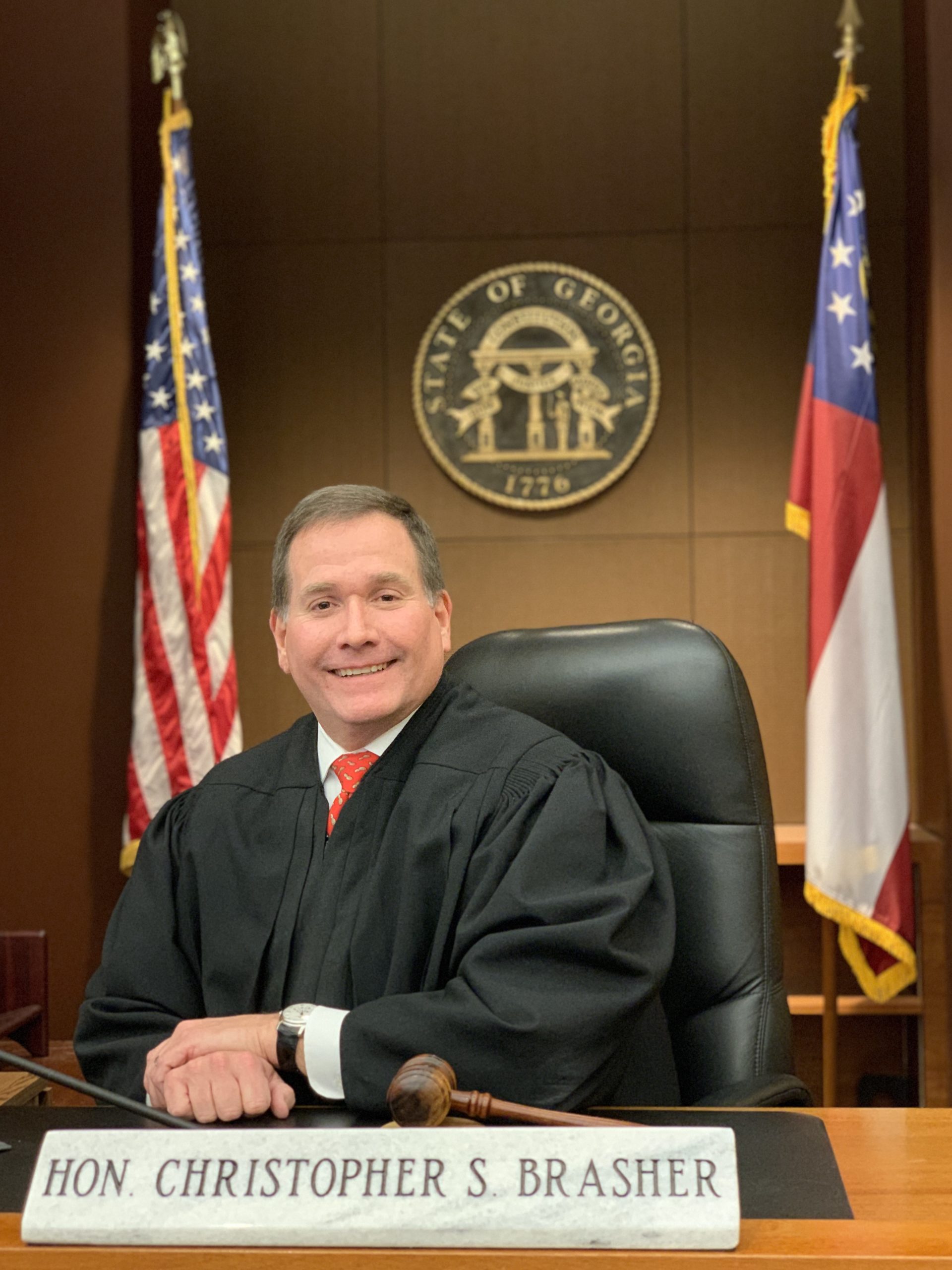 Indigent defendants in criminal cases are entitled to a free attorney typically provided through a public defender’s office. But the situation gets complicated in cases with multiple defendants who need a public defender and might testify against each other or otherwise have competing defenses. In such cases, it would be unethical for the public defender’s office to represent all of the competing defendants. For a second defendant, many court districts provide a separate backup system — locally called the Atlanta Metro Conflict Defender’s Office — that provides an attorney totally separate from the public defender. In cases with three or more such defendants — so-called C-3 cases — attorneys must be found who are unaffiliated with either of those offices.

C-3 cases are not that common. Brasher estimates about 120 such clients are awaiting representation in Fulton Superior Court. It’s nonetheless a necessity, though, and can be difficult to achieve.

“It really is kind of a statewide issue finding a sufficient number of attorneys for C-3 cases,” said Thomas O’Connor, spokesperson for the Georgia Public Defender Council (GPDC), an independent state agency that provides public defenders for the majority of county court systems.

O’Connor cited a tight labor market, higher salaries in the private sector, the pandemic backlog of cases, and prosecutors increasingly pursuing gang charges that can result in cases involving large numbers of codefendants.

A side issue, O’Connor said, is such contracted attorneys dropping out of cases at the last minute without providing a substitute attorney, “in some instances, after they’ve been paid.” That lack of substitution is not supposed to be allowed by judges, but sometimes is, he said. It’s an issue GPDC has discussed with the Council of Superior Court Judges of Georgia.

Fulton stands out as Georgia’s largest county, covering much of Atlanta. “We recognize Fulton is the busiest and most active judicial circuit. They kind of have unique needs in that regard,” said O’Connor. 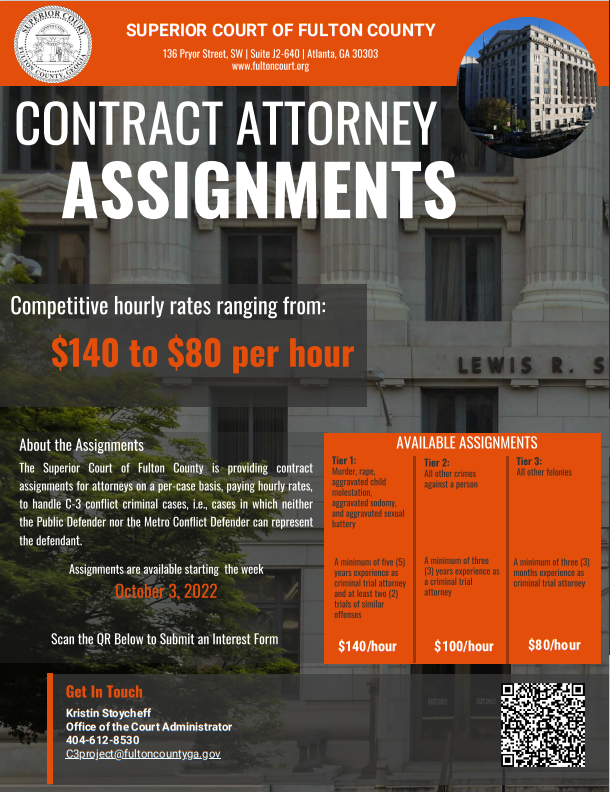 A flyer circulated by the Superior Court of Fulton County to attorney groups seeking C-3 conflict attorneys as public defenders.

GPDC in November 2021 increased its hourly pay for so-called conflict attorneys on such cases and plans to do so again this fall, he said.

But for Fulton, court administrators deemed the situation too pressing and got authorization from the County government to spend some of its $75 million in federal American Rescue Plan funds on hiring C-3 attorneys. The pay is $80 to $140 an hour, depending on the attorney’s experience and type of case — more than GPDC can currently cover.

Brasher said GPDC is facing a “perfect storm” of forces making it tough to find C-3 attorneys and other public defenders. “They have money to spend,” he said. “They just can’t spread it around and get and keep people that they need. The demand has outstripped their supply at this point.”

That’s why, Brasher said, “rather than fight that battle at the state level,” Fulton Superior Court aimed to use the federal money. He said it remains to be seen what slice of the funding pie will be consumed by C-3 attorneys, as the length of a case and experience of an attorney can vary widely.

O’Connor said GPDC has been in discussion with Fulton Superior Court for about 18 months on the issue and possible agreements to increase available attorneys before the administration chose to move ahead with the federal funding. “We’re aware of the issues and we want to work collaboratively to try to address them,” he said.

“First of all, we’ve got defendants who are unrepresented…” he said. “Some have been bounced around among multiple attorneys and don’t have one. That’s not right. We need to get them attorneys… We needed to take the bull by the horns and address that.”

“From a systemic standpoint, it stops up the system,” he added, because cases cannot move forward when a defendant has no representation. Delays can risk violating the defendant’s Sixth Amendment right to a speedy trial, he said. And C-3 cases “tend to be cases that are more serious” and “often go to trial,” he said.

Fulton Superior Court has put out the call for C-3 attorneys through bar associations and other attorney groups. More than 20 attorneys have applied so far, Brasher said, but the call remains open for cases starting next week. To see an application, click here.