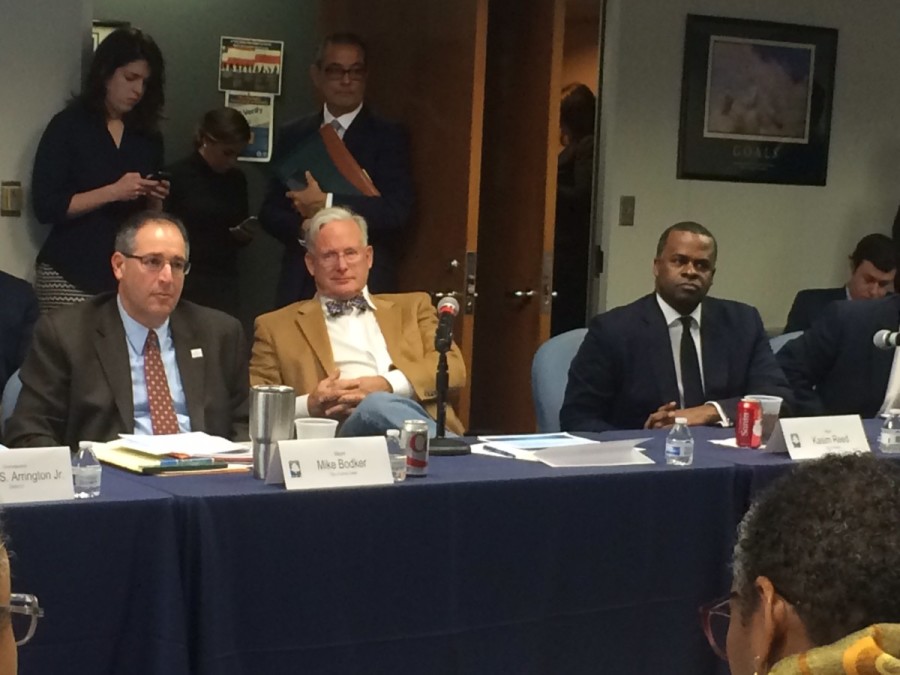 Fulton County Commission Chairman John Eaves has been working for months to build consensus among all the mayors in his county on how to move forward with transportation funding.

At Tuesday’s meeting of Fulton’s mayors and county commissioners, the various political leaders moved a step closer to consensus – with the exception of Alpharetta Mayor David Belle Isle.

They voted to support legislation that will be presented later today by Georgia Sen. Brandon Beach (R-North Fulton) to draft a referendum that would allow residents in Atlanta, Fulton, DeKalb and Clayton to increase the MARTA sales tax by up to another half penny.

Fulton County outside of Atlanta could then pass a T-Splost of 75 percent of a penny for the next five years with MARTA getting 25 percent of that penny. After five years, the Fulton share for MARTA would go to 50 percent for the next 35 years.

MARTA Chairman Robbie Ashe said that proposal would cost the transit agency some of the longterm funding, but it would permit it to issue bonds to dramatically expand the system. 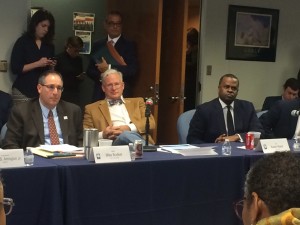 Mayor Belle Isle was adamant about not wanting MARTA funding to increase by a half-penny after five years. That would give the transit agency the money to extend rail up Georgia 400 to Alpharetta, and Bell Isle said he prefers Bus Rapid Transit. He questioned whether a MARTA rail line would actually impact congestion in his part of the county.

Johns Creek Mayor Mike Bodker, who often sides with Belle Isle, said he could support the compromise. But he wanted to be sure the region invested in the best transportation options to reduce congestion.

“I want to get on this train,” said Roswell Mayor Jere Wood. “We are talking about the future of Fulton County and where this count is going. We have got to invest in that future…. I tell you, the future looks great with MARTA. Without MARTA, we are a second-tier city.”

Palmetto Mayor J. Clark Boddie said he had changed his mind – once preferring that the entire penny go towards to T-Splost to supporting the compromise of 75-25 for five years with 50 percent going to MARTA after the fifth year.

Atlanta Mayor Kasim Reed, who was attending his second meeting of this group, first voiced his disapproval of the process. He said that his vote counts the same as any other mayor even though Atlanta has a population of at least 440,000. By comparison, the mayor has previously mentioned that Chattahoochee Hills has a population of about 2,000 people. (Ironically, that city also has a Mayor Reed – Tom Reed).

Atlanta’s Reed has said he wants MARTA to get 50 percent throughout the county starting in year one. But he left the door open to possibly supporting the split compromise, saying he would need to study the impact of that before stating his position.

Sandy Springs Mayor Rusty Paul said after the meeting that people from North Fulton and beyond are flooding the MARTA parking lot at the Sandy Springs Station – evidence that people will ride transit.

If just 10 percent of people in the county shift to MARTA, Mayor Paul said he would reduce congestion on the region’s highways.

As Paul said at the meeting: “I’m truly hopeful the General Assembly will approve (Senate Bill) 330.”

Previous Article
A Special Month by Kelly Jordan
Next Article
Arthur Blank reflects on cancer: ‘Live life to its fullest’