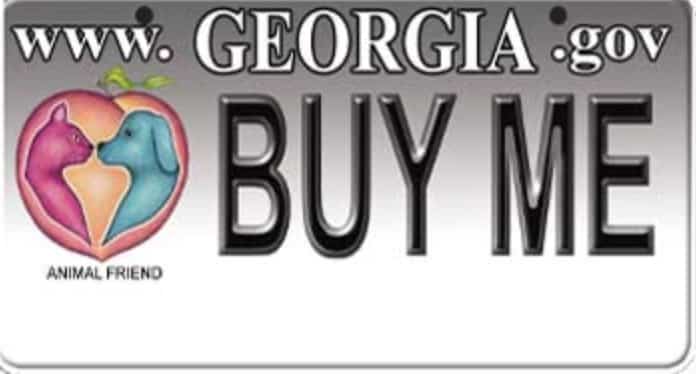 House Bill 253 would increase the sum available to help fund the state's program to sterilize dogs and cats. Credit: georgia.gov

The Atlanta City Council is slated on Monday to urge state lawmakers to pass a law that would increase the amount of money a state department receives from the sale of special license plates to fund the sterilization of dogs and cats. The bill also would fix an apparent typo on the state’s “Go Braves” tag. 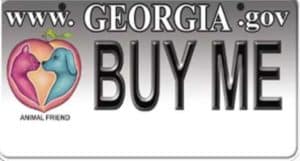 House Bill 253 would increase the sum available to help fund the state’s program to sterilize dogs and cats. Credit: georgia.gov

Currently, $10 of $60 on the sale of a Dog and Cat License Plate and $10 of $35 on a renewal goes towards the grant program, according to the city’s resolution.

As an aside, it’s worth noting that HB 253 would eliminate an odd punctuation mark on the “Go Braves” legend. The legend appears where the county sticker normally appears.

The money from the sale of “Go Braves” tags goes to the Braves Foundation. It funds programs that help children, education and neighborhoods, according to a free description on guidestar.org.

Adrean introduced a resolution calling on the city council to support HB 253. The council’s Finance Committee approved the resolution Feb. 15.

The committee approved the resolution unanimously and without question or comment. By virtue of its unanimous approval, the resolution appears in the basket of legislation the council is slated to approve en masse on Monday.

Adrean’s resolution states that the Dog and Cat Sterilization Program was established by a constitutional amendment in 2002. The program is administrated by the Georgia Department of Agriculture.

The program was to be funded, in whole or in part, through the sale of specialty license tags. However, funding was diverted to other programs since the Great Recession, according to the resolution.

The statewide legislation hasn’t budged in the House Motor Vehicles Committee, where it was assigned following its introduction on the House floor on Feb. 7.

The lack of movement is not yet a cause for concern among backers, given Willard’s influence in the chamber.

Willard chairs the Judiciary Committee, which handles legal matters ranging from all civil penalties to laws, courts and judges, and constitutional amendments. Willard also serves as a voting member of a number of significant committees – Appropriations, which oversees state spending; Ways and Means, which oversees state revenues; and Rules, which determines the bills that are called for a vote after a certain date on the legislative calendar.

The House Motor Vehicles Committee is chaired by Rep. Bubber Epps, a retired paving contractor from Dry Branch, located about 10 miles east of Macon. Like Willard, Epps serves as a voting member of a number of significant committee and as secretary of the House Transportation Committee.