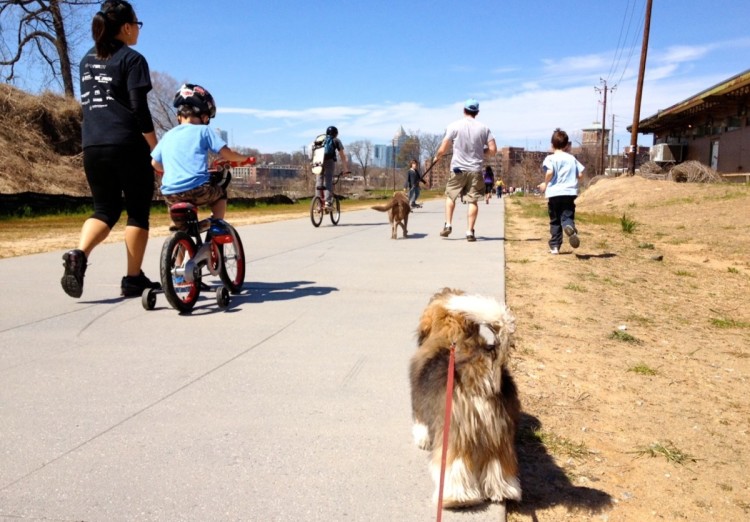 A piece of the Atlanta BeltLine's Eastside Trail will be built by Fuqua Development, near its Glenwood Place project. Credit: todogwithlove.com

Fuqua Development plans to build a short length of the Atlanta BeltLine trail near its Glenwood Place project and the owner of the property, which isn’t Fuqua, is to deed the trail to the city of Atlanta. 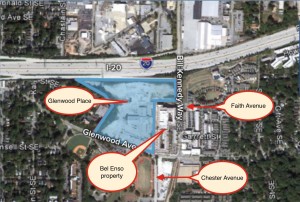 Fuqua Development intends to build a portion of the Atlanta BeltLine near its Glenwood Place development, and extend Faith Avenue across Bill Kennedy Way to Chester Avenue. The road and trail will be deeded by its owner, Bel Enso, to the city. Credit: Fuqua Development, David Pendered

The trail project also calls for Fuqua to extend Faith Avenue across Bill Kennedy Way and connect Faith Avenue to Chester Avenue. The road is to be deeded over to the city, as well. The project involves about 0.4 acres of property.

The proposal is outlined in legislation the Atlanta City Council has referred to the council’s Utilities Committee. The paper was co-sponsored by councilmembers Kwanza Hall and Carla Smith.

This project was planed in 2011, when the city signed an access easement agreement that was first contemplated before the site of Glenwood Place was rezoned to allow for the development.

According to the legislation, the easement provides for:

The trail and road are to be built on property owned by Bel Enso, LLC and its cousin, Bel Enso Parcel B LLC. The company is based in Delaware. The property now is home to apartments.

An amendment to the easement agreement explains the relation between Bel Enso, which was incorporated in Georgia in 2014, and the company that formerly owned the property where the trail and road are to be built:

Glenwood Place is to be anchored by a Kroger grocery store and provide a total of 175,000 square feet of retail area. At 118,000 square feet, the Kroger is to be about twice the size of other intown Kroger stores.

This site was the subject of intense debate when Walmart was considered to be the anchor tenant. Negotiations between the city and Fuqua continued for a year and ended with the city council’s approval of a plan to rezone the site from industrial to mixed use high density.

Construction of the retail portion began in April and is to be complete in autumn 2016. Trammell Crow Residential is developing the apartments approved for the site.

Previous Article
Historic Oakland by Kelly Jordan
Next Article
2016 State of MARTA Breakfast to be headlined by thinker on energy, mobility