The “Furious Five”: A sizzling Atlanta urban Republican dialogue. Where is Black Atlanta in the “All of It”? 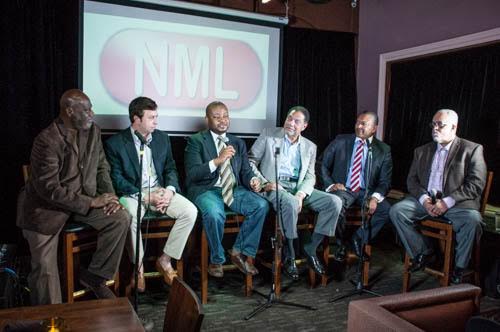 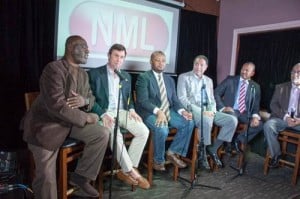 I now call them the “Furious Five” – an eclectic crew of friends and political knowers – who were invited to participate in the first of a month long series of “unbridled” conversations about the political issues of the day. And, they put on a dazzling, dynamic show; their debate was robust, riveting and revealing.

It is called Monday Night Politics and is produced by Newsmakers Live/Journal, a decade-old news enterprise co-created by businessman Jim Welcome and this reporter, which specializes in intense interviewing of prominent personalities and political figures. 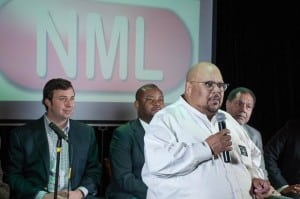 “This is probably the most important election cycle in American history since Barack Obama,” says Welcome, setting the tone for the spirited show that followed. “It is a rather bizarre, other worldly presidential race — but it’s still about voting: it’s still about politics.”

You could almost hear the sizzle Monday at the BQE Lounge in the Old Fourth Ward — and we’re not talking steak or stir-fry. It was the topic: the Republican Party presidential chaos and the Donald Trump phenomenon.

It was hot, heavy, heated and happening.

From left to right on the Monday Night Politics panel was Al Bartell, an Independent public policy leader in the environmental movement who was once a Republican candidate; Bernie Tokarz, a ‘Young Gun’ Republican strategist and GRTA board member; Robert Patillo, a civil rights attorney and talk show host of WAOK’s People, Passion, Politics; Michael Murphy, a seasoned and savvy Republican campaign consultant; and Leo Smith, state director of Minority Engagement for the Republican Party of Georgia and also vice chair of Public Policy for the Georgia Black Republican Council.  I was the discussion master. 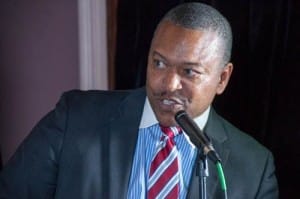 “Donald Trump is an apolitical businessman and entrepreneur,” Smith says. “He’s about business, he’s hype and he’s a game-changer. Right now, he’s doing and saying things because he’s trying to win a primary and it’s working.”

“If I was betting in Las Vegas, I’d be betting on Trump,” says Patillo. “He’s the Republican front runner and he has more delegates than Hillary. He could even win as a third party candidate. It’d be a mistake to under-estimate Trump.”

“Trump is winning the moderate votes — the average white guy, gay guy, Hispanic guy,” opines Tokarz, the only white panelist. “They are totally dissatisfied with government and have lost faith in all institutions. What have Democrat politicians done for you?” 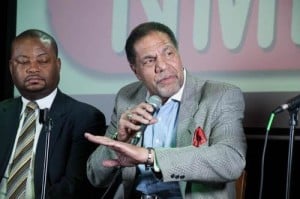 “How come this man has been so under-estimated,” adds Mike Murphy. “He picked up the play book ‘Give the people what they want’. You can always tell by the diversity of a candidate’s inner circle where they stand on diversity. In Trump’s inner circle, he has a black woman as his communications director — Hillary doesn’t. Trump will probably have a special Amtrak to take all the brothers to work on his Wall.”

The furious flow of the evening’s dicey discussion was like greased lightning among five veteran politicos’, whose interchange was an improvisational verbal dance with a willing audience interwoven with some piercing and pointed questioning. Hence, the “Furious Five.” And it was fabulously furious – fiery and in your face at times, lively at all times — but with full-force energy of passionate intensity that unquestionably had that “knock your socks off” quality.

You had to be there. 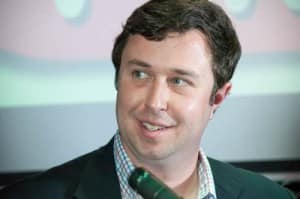 “Trump is like a classic American cowboy from the other century,” says Keith Gammage, an attorney and candidate for Fulton County Solicitor General. “We need to be opening our eyes, and not taking form over substance — it’s outrageous.”

Max Anderson then offers this remark from the audience: “He’s (Trump) running on an image of a power symbol. The American people feel dis-empowered. They see their power and privilege dissipating. Then they see this alpha male, this rich Superman with ‘white privilege’ taking back power.”

Although the conversations centered on Donald Trump and the detailing of dynamics in the Republican presidential race, what kept emerging — and what finished off an exquisite evening of unparalleled dialogue — was the state of Black America, and where it lies in “the all of it”.

“Let me bring it down to a basic level,” Welcome tells the panel. “Pookie and them are disenfranchised. They see all these people for Donald Trump — the white privileged people responding — and getting to hold onto their privilege.”

“When Pookie and Shanika don’t vote, you ain’t got no voice,” retorts Al Bartell as he stands and points out to the audience to quiet down and listen. 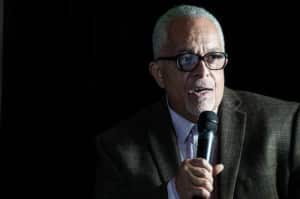 The unique series, according to convener Jim Welcome, intends to produce a video “white paper” on what the four evenings of dialogue uncover about where Black Atlanta is with regard to the current political landscape. A daunting, and never before accomplished journalism feat perhaps, but if the first Monday conversation is any indicator, the findings of the video “white paper” will wake up its viewers and readers by its “unbridled, take the brakes off” candidness.

It certainly did Monday night.