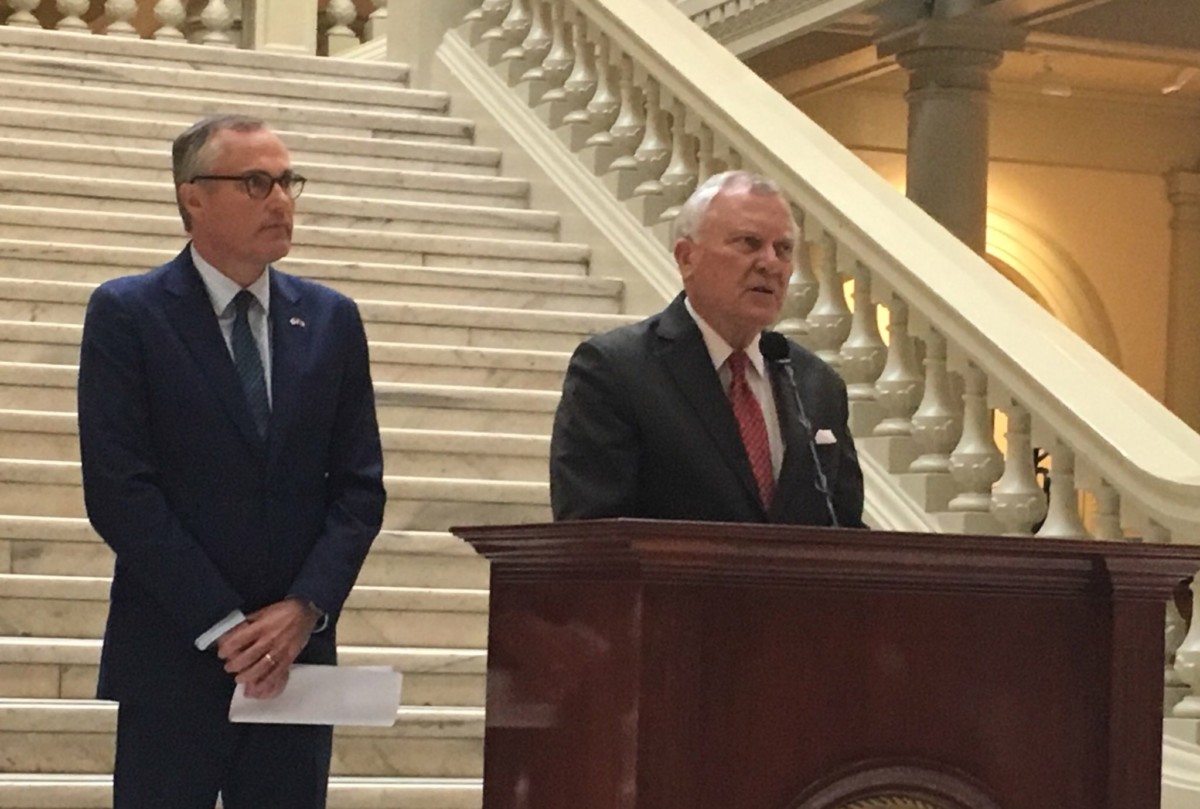 In a tight Republican runoff in the race to succeed him, a popular Gov. Nathan Deal says that the candidate to continue his own tradition is Casey Cagle. 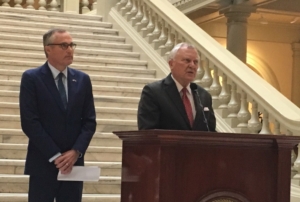 But it’s not clear that most Republican primary voters are thinking about voting the same way Deal is.

“My concern,” said Deal Monday, “is let’s not undo or transform in a negative fashion the good reforms that have been put in place. And that will be the challenge for the next governor of this state: is to not go backward but to go forward.”

Deal’s eight years of budgets have avoided almost anything that bond-rating agencies might consider reckless. Georgia’s pension liabilities are better-funded than many other states, as is its rainy-day fund. Education spending has risen from a low point during the Great Recession.

Deal often talks about Georgia’s business climate: it’s lower on taxes and costs and lighter on regulations than some states and regularly offers businesses things like tax incentives and help training workers. The point is to lure more companies and more jobs.

As if to underline what he means by his “tradition,” Deal made the endorsement of Cagle at the same press conference where the two men plus two Mercedes-Benz leaders had gathered to talk about the opening of the company’s Buckhead innovation lab. Both executives from the global company spoke about Georgia’s welcoming business climate.

Cagle said he was humbled by the endorsement and said that Deal has led the state with great passion and great vision.

“I am excited about the journey ahead,” said Cagle, “but I draw great strength from an individual that I admire, that has paved a path that is very successful for our state.”

Kemp responded to the endorsement almost immediately in a press release — with his own promises to follow Deal’s lead.

“I respect Governor Deal,” Kemp said in the statement. “He built on the success of Governor Perdue and I will continue that progress as Georgia’s next governor.”

But both Kemp and Cagle have pledged at least one departure from Deal by pledging to sign so-called “religious liberty” legislation, or RFRAs, for a federal acronym referring to such legislation.

Broadly, those controversial bills aim to carve out exceptions to laws for those who object to the laws on religious grounds. Critics say such laws amount to licenses for businesses to discriminate.

Deal vetoed a RFRA in 2016, amid high-profile corporate warnings that such a bill would repel Hollywood productions, big sports events and other ventures. He said at the time that the bill as written could have given rise to state-sanctioned discrimination, hence the veto.

But there’s a wide variety of legislation that might be called a RFRA and time will tell what comes up in the next legislature.

In the meantime, Deal’s endorsement comes just days after the release of a poll for the Atlanta Journal-Constitution and WSB-TV that shows Kemp and Cagle at a statistical tie.

It gave Kemp 44.4 points to Cagle’s 41.1 with a margin of error of 3.5 percentage points. About 15 percent of respondents were undecided. The poll of 769 likely Republican runoff voters was conducted from July 5 through 12 by the University of Georgia.

In his Monday press release, Kemp blasted Cagle as a “career politician … collapsing in the polls” and said the endorsement is a last-minute attempt to distract voters from “the secret recording.” That’s a now-public recording of Cagle explaining to a former rival that he’d endorsed a policy he considered bad in order to hurt an opponent in the first round of voting.

Cagle, asked about the timing, denied that the poll had anything to do with it.

The primary runoff is on July 24, though early voting is already underway. Democrats have already nominated Stacey Abrams.

Previous Article
It changed his life
Next Article
Augusta lock, dam may be demolished to make way for fish passage to spawning grounds