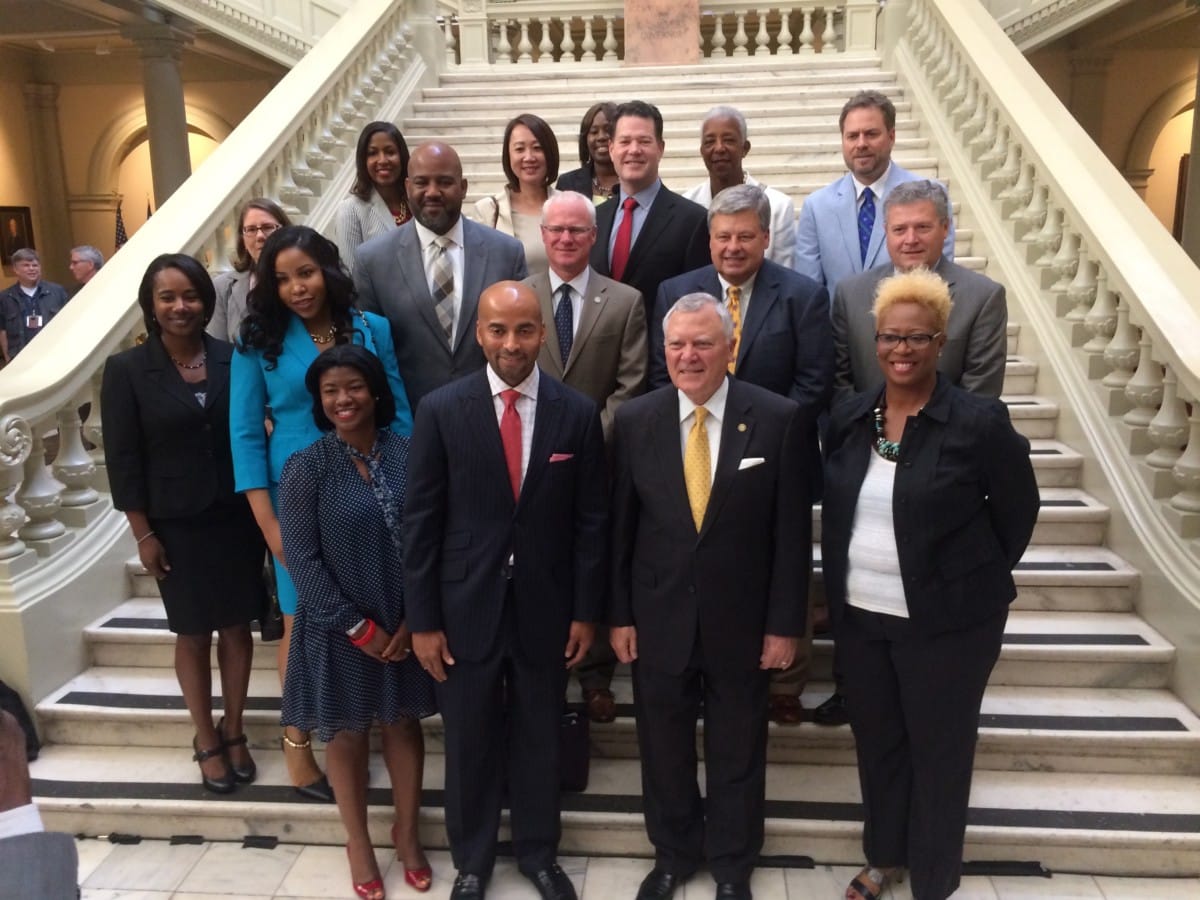 In announcing $75 million for 11 transit projects in nine communities across the state on Wednesday, Gov. Nathan Deal recognized the historic nature of the announcement.

“The awards demonstrate the recognition of transit as an important part of major urban transportation systems,” Deal said. “They improve mobility and support economic development through increased access to jobs that are continuing to grow in our state.”

Gov. Deal also went out of his way to thank Keith Parker, general manager and CEO of MARTA, for having a great working relationship with the governor’s office and the state legislature. 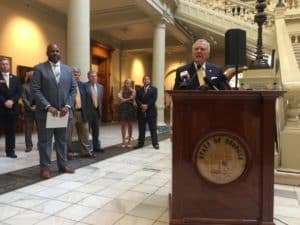 To understand the significance of the moment, it helps to know that transit has never been a favorite child of the state. For decades, MARTA was taken to task by legislative leaders who opposed any state support for the transit agency. MARTA is the largest transit system in the country to receive no annual operating support from its state government.

The one-time $75 million in transit bonds were part of the 2015 Transportation Fund Act, which secured nearly $1 billion a year for roads and bridges.

When asked about whether that represented a balanced transportation portfolio, the governor said it is a complex situation. The gas tax is restricted to paying for roads and bridge, which Deal described as user fees.

“We do not have an independent funding source for transit,” Deal said. “I think it is historic that the General Assembly first use of bond money (for transit) was part of the Transportation Act.”

If these projects go well, the governor said it would help encourage further investment in transit by the state.

Asked if the state would ever invest as much money in transit as it does on roads, Deal said: “I think it’s too early to speculate on that.” 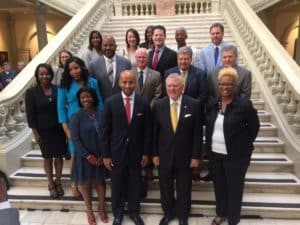 “This is a big deal to us because of the project itself,” Parker said. “It’s a project that impacts almost every one of our customers every day. And it’s a big safety improvement for us. We have about 150 signs today. This will more than double it to 350 signs.”

Parker also pointed out the significance.

“Prior to 2015, the state had not, to my knowledge, made a commitment of this size (to transit),” Parker said. “We hope it broadens the conversation to more possibilities. We want to position ourselves as a great partner. What we want to do is have a good conversation about the benefits of transit. We feel very good about MARTA as a business proposition.”

Parker said it also had been a great week for MARTA with the Atlanta City Council unanimously passing a bill to allow voters in November to increase the MARTA sales tax by a half penny, which would translate into another $2.6 billion in new funds for the agency over the next four decades.

In a brief interview after the announcement, Tomlinson said there’s a growing appreciation for the role that transit plays in attracting new economic development. In the past several years, companies have made major announcements for new investment next to MARTA rail stations.

“That’s definitely one of the components that has made it more sexy to talk about,” Tomlinson said. “I think minds are more wide open than ever before. We can reach a broader group of people with the economic development component.

Here is a list of the Go! Transit awards announced Wednesday morning:

Albany Transit System
Multimodal Center
Constructs a new state-of-the-art transfer facility that improves the customer experience and allows for future expansion of the system. The facility will allow for safer separation of bus and pedestrian traffic, improve coordination with the regional rural public transportation system, and provide innovative features such as a computer lab with free public Wi-Fi and on-site fare purchases.
GO! Transit Funding Award: $1,973,528

Atlanta Regional Commission
Bus Stop Amenities
Upgrades bus stop signage throughout Clayton, Cobb, DeKalb and Fulton counties for a consistent customer experience for the region. This includes new uniform signage for all shared bus stop locations in the downtown area. The signs will have a consistent design for all transit systems and improved information for customers. Bus shelters, benches and sidewalk upgrades will also be provided at select stop locations to enhance riders’ experience and improve access for the elderly and disabled.
GO! Transit Funding Award: $3,828,672

Henry County
Jonesboro Road Park and Ride
Constructs a new park-and-ride lot near the intersection of Jonesboro Road and I-75 in Henry County. The lot will provide access to the new I-75 South Metro Express Lane for vanpools and Xpress buses, improving connectivity and reliability.
GO! Transit Funding Award: $3,500,000