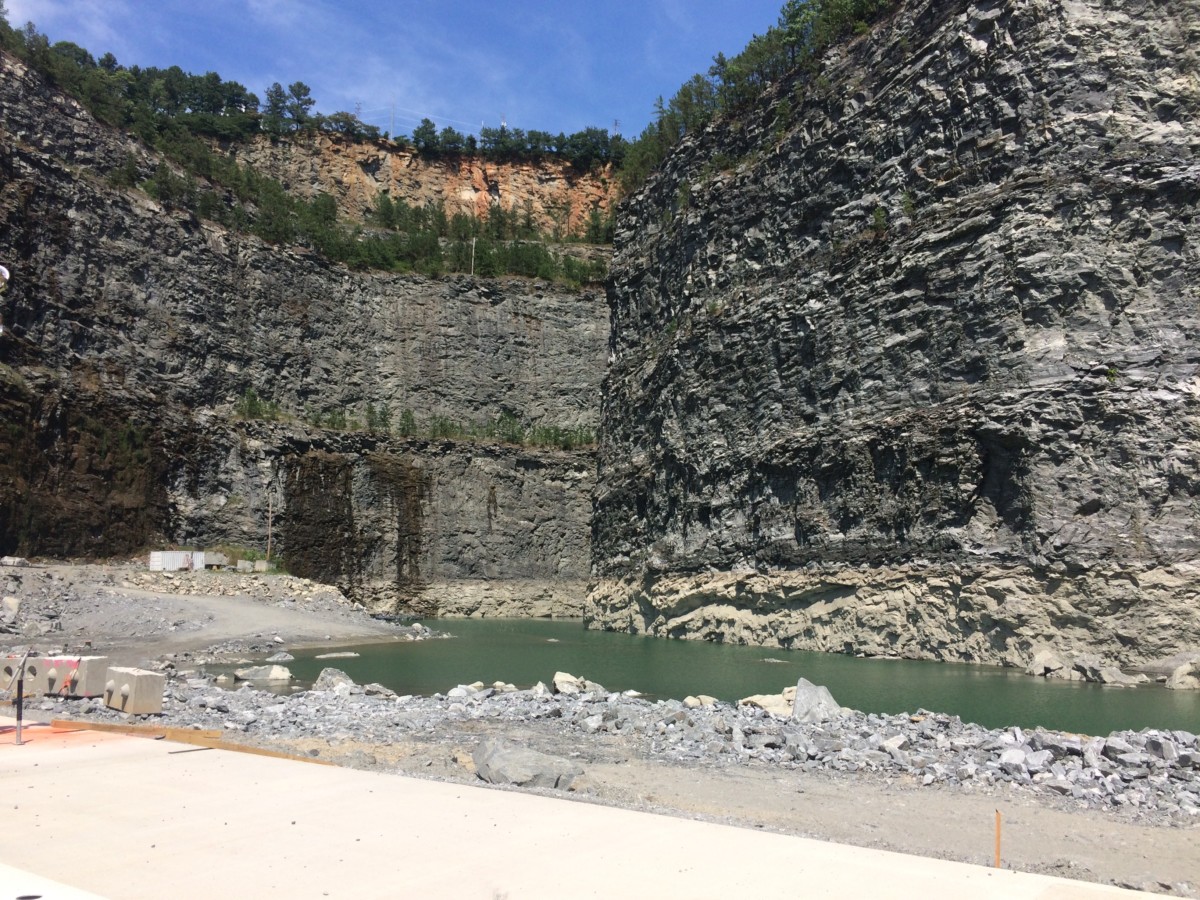 The Bellwood Quarry's view from below - during a tour of the site in June 2016. Credit: Maria Saporta

The nation’s mayors have infrastructure on their minds, according to a new report from the National League of Cities. But mayors aren’t the only ones calling on Washington, D.C. to help out with paying for things like water works, roads and broadband.

“Infrastructure, hand-in-hand with economic development and city budget management is a top priority for local leaders across the country,” said Stephanie Osborn, NLC’s senior executive and director for strategy and partnerships, speaking at Atlanta City Hall on Wednesday. The NLC analyzed 160 mayors’ state-of-the-city addresses from across the country to come to the conclusion in the 2018 State of the Cities report. 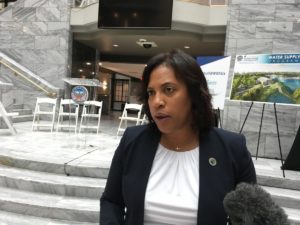 That report comes as NLC is campaigning in Washington D.C. for an infrastructure spending plan that would see the federal government pony up more cash for long-overdue basic public works.

“Our five-year capital program is at $1.26 billion. We’ve already identified a need in our master plans that exceed $8 billion,” she said on Wednesday.

One the platform where she and others had just spoken were posters showing works on the reservoir-to-be at Bellwood Quarry. The press conference venue was moved indoors only when rain threatened the plan to gather folks for a look at the works at the quarry itself. The press conference marked the start of a conference of Women in Municipal Government.

Albany Mayor Dorothy Hubbard is president of the Georgia Municipal Association, a club for the state’s cities. She said Atlanta’s not alone.

She said the state’s cities need something like $11.2 billion over the next five years for capital infrastructure needs. 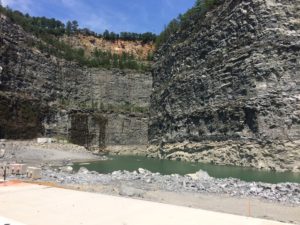 The Bellwood Quarry’s view from below – during a tour of the site in June 2016. Credit: Maria Saporta

Hubbard said the GMA and the NLC are calling on Congress to develop a infrastructure proposal that addresses the needs of cities, from stormwater management to the impact of climate change to making sure water rates are affordable for low-income households. That kind of work pays dividends for the country and for the people who are trying to get to work, get to school and drink water.

And Hubbard said cities and city voters are doing their part by voting themselves new sales taxes for public works and paying property taxes.

“We have a simple message to Congress: Rebulid with us,” Hubbard said.

But it’s a bit of a infrastructure show-off week for Atlanta.

Thursday afternoon found former President Barack Obama’s FEMA administrator visiting Historic Fourth Ward Park. Craig Fugate has been doing some work for Pew Charitable Trusts’ Flood-Prepared Communities program, which promotes policies to reduce the impact of flooding. Though the it’s center of a lovely park, the O4W park pond doubles as a place to catch and hold back water when there’s a lot of rain, keeping floods from streets and buildings. 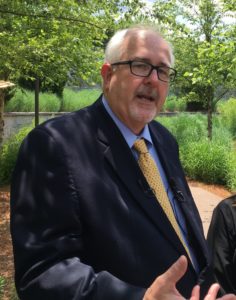 Craig Fugate, former FEMA administrator on a visit to O4W’s main park Thursday, said that flood control infrastructure can be a hard sell compared to things like new schools, transportation or other infrastructure. Credit: Maggie Lee

Fugate said the point of the trip was to see what kind of things Atlanta is doing to try and prevent floods.

“For every dollar you spend on this park, you probably save $6 in future disaster loss,” he said.

Pew has urged the passage of a bill in Congress that would set up a revolving loan fund that communities could tap to work on flood mitigation projects.

So why aren’t cities already trying to prevent flooding?

Well, particularly when you talk about things like flood control, it can be hard to compete against other demands on public purses, like transportation, new schools, keeping up fire stations, he said.

“It’s always ‘We got more projects than we have funds,'” said Fugate.