Georgia, the firewall state, goes it alone on election security 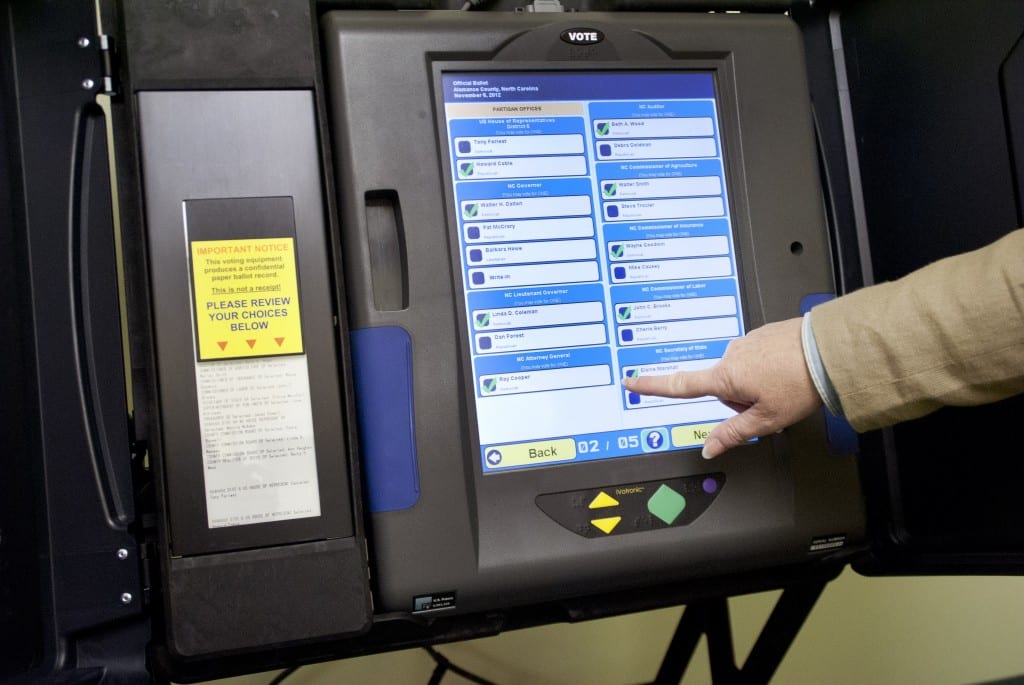 You might think that after being forced under the pressure of a law suit to admit that his office had allowed the personal information of more than 600,000 Georgia voters to be hacked, Secretary of State Brian Kemp would have been more receptive when the Department of Homeland Security offered to inspect the state’s electronic voting system for bugs and possible entryways for hackers.

But this is an election year, and Kemp, who recently topped a straw poll of potential Republican candidates for governor, has a keen ear for his political base. He’s not about to let any federal snoopers come messing around Georgia’s voting system, Russki hackers or no Russki hackers.

“The question remains whether the federal government will subvert the Constitution to achieve the goal of federalizing elections under the guise of security,” Kemp told the website Nextgov in an email interview explaining why he was rejecting the offer from DHS Secretary Jeh Johnson.

Later, in an interview with Politico, Kemp dismissed the idea that a foreign power might have an interest in sabotaging an election.

“It seems like now it’s just the D.C. media and the bureaucrats, because of the DNC getting hacked — they now think our whole system is on the verge of disaster because some Russian’s going to tap into the voting system,” Kemp said. “And that’s just not — I mean, anything is possible, but it is not probable at all, the way our systems are set up.”

Kemp is by no means the only secretary of state, Republican or Democrat, who has reacted to the government’s offer with suspicion. Elections are a touchy subject. But Georgia has come under particular scrutiny because it was singled out as a worst-case example by a data systems expert, Zeynep Tufekci of the University of North Carolina.

“But let’s consider Georgia, which is running electronic-only machines — there’s no paper trail,” Tufekci said in an NPR interview. “And the machines they’re using are more than a decade old, so the hardware is falling apart. And the operating system they’re using is Windows 2000, which hasn’t been updated for security for years, which means it’s a sitting duck. Georgia traditionally votes for the Republican presidential candidate. Now this year, some polls are suggesting a close race. And let’s assume there’s an upset and there’s a 1 percent win by Hillary Clinton, and let’s assume that people are objecting, because this is kind of unexpected. There’s no way to check.”

It’s more than a little alarming to learn that the state’s elections system is still running on Windows 2000. And what falls under the definition of “anything is possible, but it is not probable at all?” Anthony Weiner getting caught sexting a third time? Improbable things have been happening with increasing frequency this election year.

The improbability argument is also weakened by an FBI bulletin that foreign hackers have penetrated two state election systems within recent weeks. Although not identified in the bulletin, the states are thought to be Illinois and Arizona, and the hackers Russian, perhaps with the motive of ripping off people’s personal information rather than stealing their votes.

In a year in which personalities and passing events have done so much to obscure the landscape of American politics, Kemp’s refusal to have anything to do with federal elections safeguards highlights one of the enduring divisions between the two sides of the American political spectrum.

Kemp might not go so far as to say that Washington is a bigger danger than Moscow, but he might very well point out that Washington is a lot closer. Since the end of the Cold War, unhappiness with big government has morphed into a deeper distrust of government in general, and the divisions between Democrats and Republicans around all issues of federal controls have deepened into an increasingly bitter trough.

From one side, Kemp’s go-it-alone position looks like an open invitation to find out just how interested foreign hackers might be in a Georgia election. From the other, it looks like a steely refusal to give ground to the real enemy, the one situated on the Potomac.

Previous Article
Atlanta on track to create low-cost financing for green energy at homes, businesses
Next Article
Not everyone in Atlanta was pleased