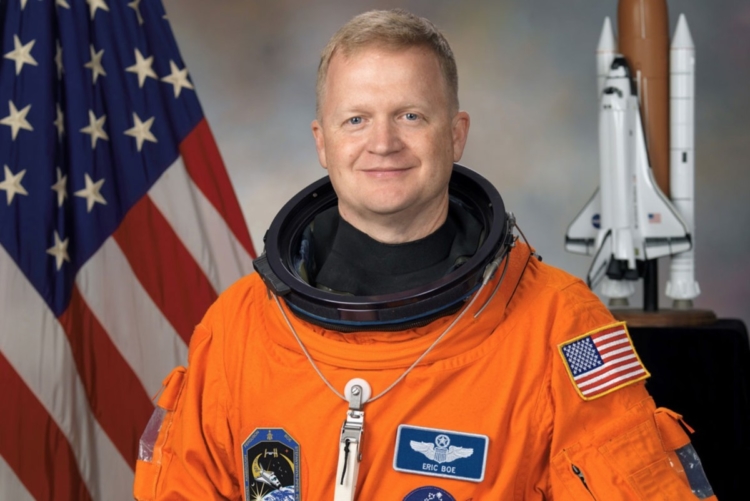 Georgia Tech graduate Eric Boe was named to the nine-member team that will crew NASA's commercial crew spacecraft, which are to launch over the course of 2019. Credit: military.com

A Georgia Tech grad was named to the nine-member team of astronauts who are to serve aboard the first commercial crew flight tests of a spacecraft designed to transport humans to the International Space Station and other low-orbit destinations. 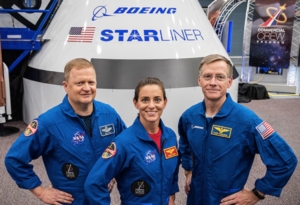 Tech grad Eric Boe and fellow astronauts Chris Ferguson and Nicole Mann are to crew the Boeing Co.’s Starliner capsule, to be propelled by an Atlas V rocket. The launch planned for sometime in 2019 is to be the vessel’s first manned flight and, once proven successful, the Starliner is to be taken by a different crew to an operational mission to the space station, according to a report by Georgia Tech.

“I’m looking forward to the journey,” Boe said in the report Tech released following the Aug. 3 announcement of the nine-member team, in Houston at Johnson Space Center of the nine team members.

This is to be Boe’s third trip into space, including one in which he delivered another Tech grad to live on the space station.

That was in 2008, when Boe flew aboard a 16-day mission that covered more than 6 million miles in 251 complete obits. Along the way the STS-126 Endeavour delivered Sandy Magnus for her four-and-half-months aboard the station. Magnus earned her doctorate from Tech in 1996, in materials science and engineering.

In 2011, Boe served as pilot aboard the 39th and final mission for Space Shuttle Discovery. The work to upgrade the space station involved two space walks in a mission that traveled 5.3 million miles in 202 Earth orbits, according to NASA.

Boe earned his master of science degree in electrical engineering from Tech in 1997. That followed his 1983 graduation from Henderson High School, in Chamblee, and his 1987 bachelor of science degree in astronautical engineering from the U.S. Air Force Academy – a degree he earned with both distinction and honors, according to his resume on nasa.gov.

Boe started his Air Force career in 1987. Before retiring as a colonel in 2012, he flew 55 combat missions over Iraq as part of Operation Southern Watch while logging more than 6,000 flight hours in more than 50 different aircraft, according to his resume.

NASA selected Boe as a pilot in 2000 and he’s notched more than 28 days in space. His service included a year in Russia, where he directed operations at the Gagarin Cosmonaut Training Center, in Star City, according to NASA.

“It’s amazing to get to this point,” Boe said in the Tech report. “Watching the small incremental changes come together to make revolutionary change has been an amazing thing.”

NASA and the Obama administration decided to rely on the private sector to transport crew and materials to the space station. Since 2010, NASA has worked with several American space companies to develop a safe, reliable and cost-effective method to deliver crew and materials to the space station and to promote commercial access to other low-orbit destinations, according to a blurb on a NASA blog.

The vessels are to transport four astronauts on NASA missions to maintain a crew of seven on the space station.

In 2014, NASA signed contracts with Boeing Co. and SpaceX to develop spacecraft and rocket systems to launch from the United States. Boeing was awarded $4.2 billion and SpaceX $2.6 billion, according to a report by reuters.com.

“Space flight is about people,” Boe said in the Tech report. “I’ve watched people and teams come together these last few years, and now we’re getting close to space flight. 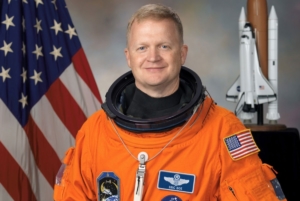 Georgia Tech graduate Eric Boe was named to the nine-member team that will crew NASA’s commercial crew spacecraft, which are to launch over the course of 2019. Credit: NASA/military.com

Previous Article
Raising the next generation of technologists: Closing the technology gap for youth
Next Article
“Christopher Robin” – a movie that seeks to find our inner child