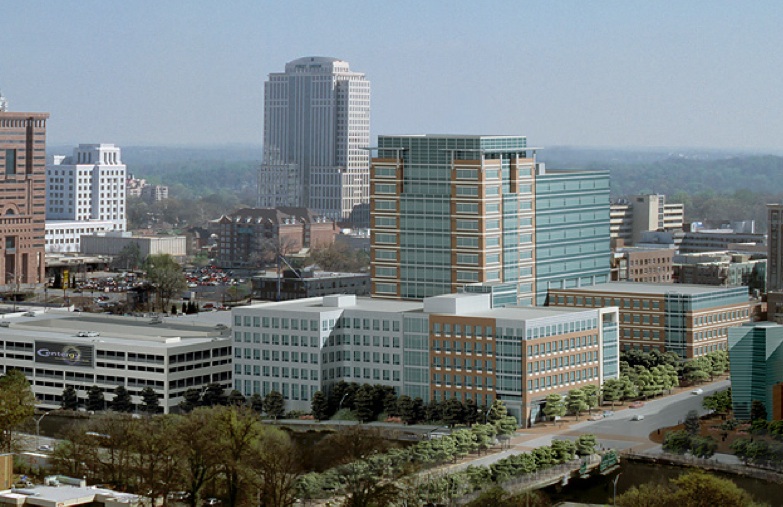 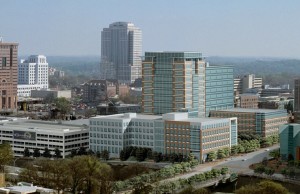 An affiliate of Georgia Tech intends to refinance a portion of the Centergy building, which anchors Technology Square in Midtown. Credit: centergy.org

Georgia Advanced Technology Ventures, Inc., which oversees projects including the acclaimed Technology Square and Technology Enterprise Park, is scraping by on a bare-bones budget, according to a rating action from Moody’s Investors Services.

Stephen Fleming, a Tech vice president who serves as GATV’s CEO, said Monday that GATV will continue to work on its core mission.

GATV’s financial condition came to light earlier this summer, as it prepared to refund existing debt with a new bond issue in the amount of $111.8 million. The bonds were to be sold by the Atlanta Development Authority, doing business as Invest Atlanta.

Among the purposes of the new bonds was the refinancing of existing bonds issued in the past to help provide funding for the first five floors of the 14-story office building known as Centergy One.

Proceeds of the earlier bonds help build, install and equip the first five floors, according to a bond inducement resolution for $130 million that was considered in August by the Invest Atlanta board.

After Moody’s evaluated GATV, the New York credit rating agency raised its rating on the bonds and gave them a stable outlook. Moody’s made it clear that the uptick was due solely to Tech’s recent decision to rent space from GATV, a move which extended the strong credit rating of Tech to GATV:

Specifically, Tech has agreed to pay $1.5 million a year to lease space left vacant when a commercial tenant went bankrupt, according to Moody’s report, dated June 12.

Moody’s went on to portray the non-profit entity as shoe-string operation that may struggle to cover its obligations. Moody’s listed challenges including:

Moody’s also suggested that proposed terms of the bond refinancing may create problems down the road in order to address near-term financial challenges.

For example, GATV will benefit in the short term by extending the length of the debt on Centergy Building by nine years, to 2044. The potential downside is the debt will remain at a time money’s needed to refurbish the building when it’s more than 30 years old, Moody’s noted in its report.

“These efforts help keep Atlanta a great place to live by providing quality jobs, tax revenues and a strong economic base,” Fleming wrote. “This supports the commercialization of technology and contributes to the Institute’s financial strength. We will continue to monitor the municipal bond market and look for opportunities to support Georgia Tech’s economic development activities.”