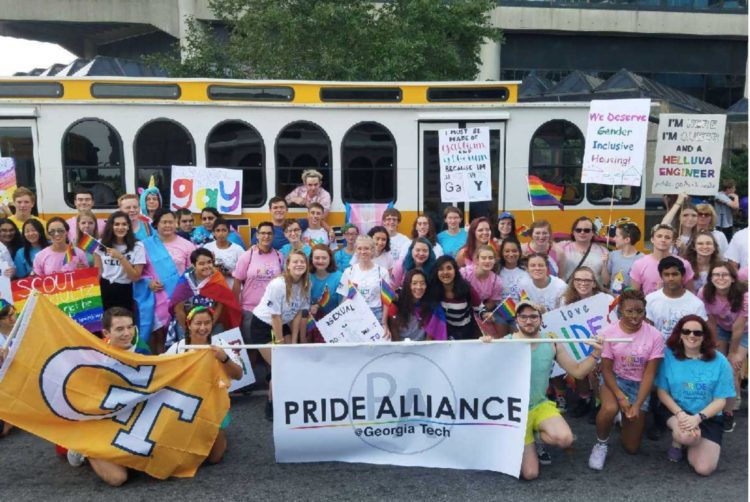 Seven months after an LGBT student activist at Georgia Tech was shot and killed by campus police, the Student Alumni Association on Thursday presented a $35,000 gift to Tech’s LGBTQIA Resource Center for new office space and programmatic support, according to a statement from Tech. 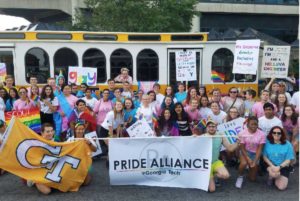 The center won the Gift to Tech with a proposal to use the money to help create a multi-room center with office space, a lounge and other common areas. The second part of the proposal was to expand programs on three topics: training and education; health and well-being; and visibility.

Plans call for construction to begin this summer and for the space to be ready to open in the autumn. The center already had the approval to build the space in the Smithgall Student Services Building, but lacked funding until it received the award.

The full description of the proposal calls for two staff offices and an office for community partners to provide services including HIV testing, counseling, peer coaching, and ministry. There’s to be a reception area with a work space for a student assistant, a study area with work stations, a resource library, a lounge and group meeting space, according to the statement.

Tech’s Student Alumni Association has nearly 7,000 members. The association offers mentoring programs and is open to all Tech students, who pay dues of $10 a year – $5 of which goes to Tech’s annual fund, and the other $5 to the Gift to Tech program.

The Gift to Tech award was presented at an event Thursday morning. Thursday evening, the LGBTQIA Resource Center presented its Lavender Awards, which are intended to recognizes individuals, departments and organizations that have, “made Georgia Tech a safer and more inclusive environment for lesbian, gay, bisexual, transgender, queer and asexual students,” according to a report on its website. 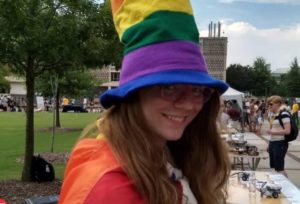 Aby Parsons, director of the LGBTQIA Resource Center, said in Tech’s statement that the award is especially meaningful because it was voted on by current students who showed their support for the fellow students.

“I think a lot of our queer and trans students really feel like it was very affirming to have their peers show support in a very tangible, meaningful, and important way,” Parsons said.

“After Pride Alliance President Scout Schultz’s death last year and the loss to the campus LGBTQIA community, morale in the community was low,” Parson’s said. “So, this award is gratifying in a lot of ways because it was voted on by students.”

According to a report by newsweek.com, video footage of the shooting showed Schultz was shot as he slowly walked toward officers shouting, “Shoot me!” Schultz was carrying a knife and officers ordered Schultz to drop the weapon. At one point, an officer said, “Nobody wants to hurt you.” Schultz didn’t drop the knife, was shot and later died in a hospital.