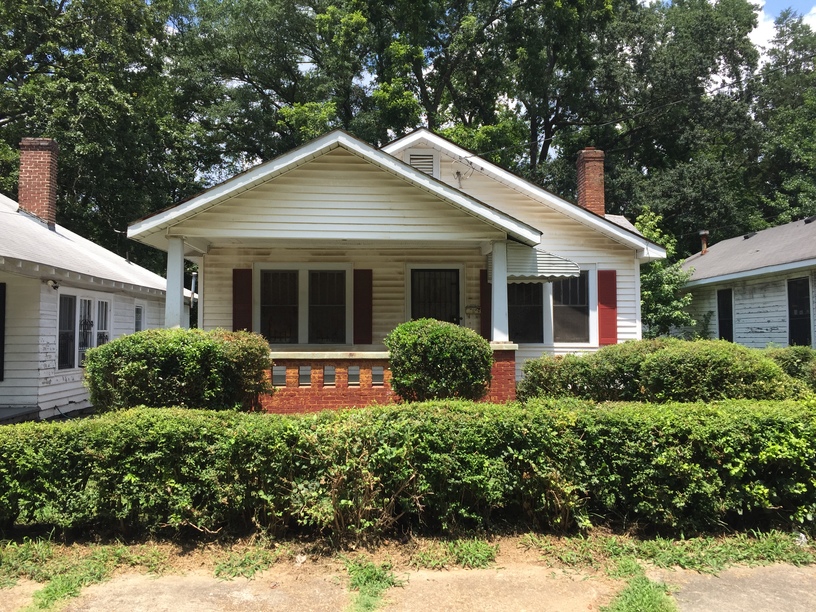 The bungalow in Mozley Park (Special: The Georgia Trust for Historic Preservation)

It’s a new day for the Georgia Trust for Historic Preservation, which purchased three properties near the Atlanta BeltLine’s Westside trail in Washington Park and Mozley Park.

The Georgia Trust closed on the purchases Thursday – two houses and a vacant lot – with the intent of renovating the two homes and developing a new house on the vacant lot – all while keeping the properties affordable. 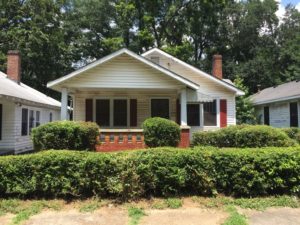 The bungalow in Mozley Park (Special: The Georgia Trust for Historic Preservation)

“We are very excited about this,”  said Mark McDonald, president and CEO of the Georgia Trust, in a telephone interview Thursday evening. “We will demonstrate that it is feasible to rehabilitate and revitalize neighborhoods affordably and sustainably without displacing longtime residents.”

The Georgia Trust kicked off its Westside initiative last June when it held the Southwest Atlanta Expedition, so its members could see first-hand the historical assets that exist in that part of town.

And, at the encouragement of his board, McDonald and his team have been looking to acquire properties on Atlanta’s Westside near the BeltLine.

“We did a lot of homework, and we surveyed 40 to 50 properties on the Westside,” said McDonald, before they decided to move forward to buy the three properties.

When asked if the Georgia Trust was looking to buy and renovate other homes in those community, McDonald said: “Absolutely.”

The Georgia Trust will buy these properties through its revolving fund, which has existed since 1990. The Fund provides effective alternatives to demolition or neglect of architecturally and historically significant properties.

For these three properties, the Georgia Trust will be doing the renovation and construction before putting the homes up for sale.

“It’s a departure for us because we are going to do the rehab ourselves,” said McDonald, who described the acquisitions as a pilot project for the Georgia Trust. “We will use this project as an opportunity to educate the public that a neighborhood is more than its physical buildings—it is also the sense of community which is established by residents who have multigenerational relationships that are now being threatened by irresponsible real estate speculation.”

After construction is completed, the Georgia Trust will put all three houses on the market as affordable housing (under $200,000) through its Revolving Fund program. The Georgia Trust hopes that it will provide effective alternatives to demolition or neglect of architecturally and historically significant properties.

“The Georgia Trust will begin the construction process immediately and is seeking support and funding from organizations and corporations that want to ensure affordable housing along the Beltline,” said Georgia Schley Ritchie, who chairs the nonprofit’s board. 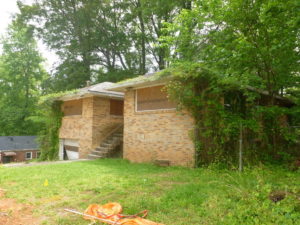 The three properties are located adjacent to Atlanta’s Beltline in historic Washington Park and Mozley Park, both of which are listed in the National Register of Historic Places. The two houses contribute to the historical integrity and architectural qualities of those neighborhoods.

The house in Mozley Park is a two-bedroom bungalow that was built in the 1920s and contains 1,300 square feet.

The Washington Park house was built in 1953 for Edward Johnson, who raised his family in the home. Located adjacent to the Westside Beltline, the house contains 1,500 square feet with three bedrooms.

The undeveloped Beltline lot is adjacent to the Washington Park house.

All three properties were purchased from the family of Edward Johnson, a longtime resident of the community who served during World War II as a ground school instructor with the Tuskegee Airmen.

Johnson was a longstanding member of Friendship Baptist Church – a historic black church recently displaced by the Mercedes-Benz Stadium. Johnson became the first black licensed master electrician in the city of Atlanta.

In 1947 he started his own business, Johnson and Wood Electric Co., in partnership with a fellow Tuskegee graduate, Charles Wood, Sr. Their company wired homes and businesses, did repairs, and served as a training ground for young black electricians. After retiring, he continued to work weekends at the Clark Atlanta University power plant until he stopped at the age of 80. Today, Johnson is 102 years old.

The Georgia Trust worked closely with one of Johnson’s three daughters, Julie Johnson, to buy the three properties. She had been approached by several interested buyers, but she decided to sell to the Georgia Trust because she supported its mission to rehabilitate the properties while keeping them affordable for future buyers.

“We loved getting to know Julie Johnson,” said McDonald, who is looking forward to finding other similar opportunities. “We hope this will be a start of things to come.”