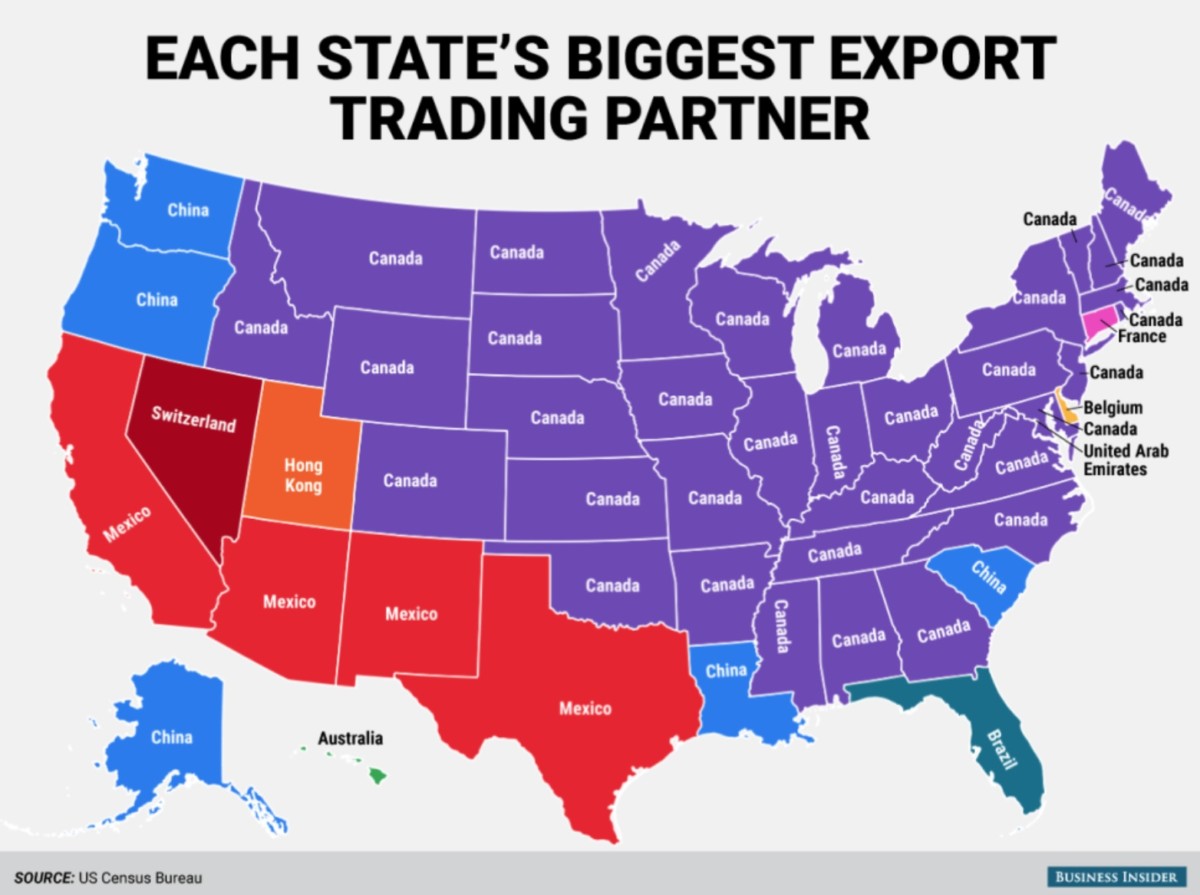 The NAFTA talks slated to conclude Monday have transpired as an array of Georgia voices have sought to be heard: The Georgia Chamber of Commerce and five local chambers; small farmers seeking protection from competitors based in the U.S. and Mexico; and Sonny Perdue, a former Georgia governor now serving as U.S. agriculture secretary.

Georgia’s largest export trade partner is Canada, which has taken more than 16 percent of Georgia’s exports each year since 2013, according to the Census. Credit: blogs.voanews.com

These voices are among the myriad striving to sway the debate. This is the fourth of seven scheduled rounds of talks over the future of the 1994 North American Free Trade Agreement.

The current talks have been described with words including “increased tensions,” “sour,” and “hard-line U.S. demands.” Trade ministers are slated to host a media conference on Tuesday.

President Trump has said he is willing to withdraw from NAFTA. Trump has said he is willing to create bilateral deals with Mexico and Canada if a three-way deal doesn’t meet his goals. For their part, Canada and Mexico have expressed hope an agreement can be reached; Mexico’s president indicated a willingness to work with only Canada if a tri-lateral deal to renew NAFTA is not reached before the year-end deadline.

The letter urges Trump to stick with NAFTA. The letter calls on the president to retain and modernize the 23-year-old trade agreement. The letter, dated Oct. 10, observes: 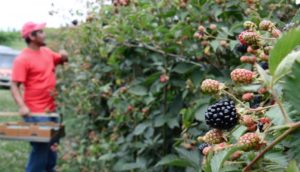 Small farmers of berries in Georgia, such as Jaemor Farms in Alto, face difficult competition from farms in Mexico, even those that are controlled by U.S. companies. Credit: jaemorfarms.com

Small farmers in Georgia and other Southeastern states are affected by an issue that relates to produce imported from Mexico.

Currently, small produce growers can’t file anti-dumping claims against imports from Mexico because they don’t represent enough of the market. One U.S. proposal would grant them easier access to the anti-dumping route.

The provision faces at least two opponents, according to a report by reuters.com.

Mexico contends the proposal is anti-free trade. Larger U.S. farms oppose the proposal because it could affect their use of fields in Mexico to sell cheap produce in the U.S. year-round under current NAFTA rules.

Perdue has worked steadily this year to court relations with Mexico and Canada in advance of the NAFTA talks. Perdue and his counterparts met for a tri-lateral meeting in June in Savannah and released a joint statement that observed:

Perdue’s first international trip as ag secretary was in June, to Toronto. Perdue met with Canadian Minister of Agriculture and Agri-Food Lawrence MacAulay and current Premier of Ontario Kathleen Wynne.

Perdue observed in a statement released after the meetings:

The U.S. and Mexico reached an agreement in June over the import of sugar from Mexico. Following that agreement, Perdue again placed the deal in the context of the NAFTA negotiations: