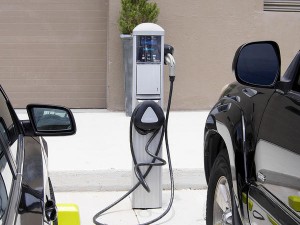 Georgia rarely ranks as one of the top states in the country for something positive.

But with electric vehicles, Georgia has been leading the way.

Mayor Kasim Reed boasted that last year we were first in America in the sale of the plug-in Nissan Leaf.

Electric cars were catching on in Georgia largely because the state has had a $5,000 tax credit for electric vehicles.

But in its “wisdom” – and that is in quotation marks – the 2015 Georgia General Assembly did away with the tax credit.

And to make matters worse, it also added a $200 annual registration fee on all alternative-fuel vehicles – that includes plug-in electrics, natural gas and propane powered vehicles.

So in the blink of one session, Georgia has gone from having one of the best programs for electric vehicles in the country to the absolute worse.

Only five states charge an annual registration fee for electric vehicles, and the most they charge is $100. Georgia will charge twice that much.

Congratulations Georgia. You have done it again.

As Don Francis, a leading advocate for electric vehicles in Georgia said after the session: “We were one of the best states, and now we’re the worse. We can’t stand being number 2. We want to be 49.”

Georgia originally passed the electric vehicle tax credit to encourage the adoption of the transportation mode in the state and to offset the higher costs of the technology of battery-powered vehicles.

The benefits are seen as multifold. Electric vehicles are cleaner for the environment because they do not emit carbon dioxide into the air. And they do not rely on gas that is imported from out of the state.

Because Georgia has become such a magnet for electric vehicles, a whole new industry has been developing in the state – new dealerships, suppliers, recharging stations and manufacturers.

So thank you state legislators. We actually were proud of Georgia for leading the way  in adopting electric vehicles.

And now, we can kiss our leading edge good-bye.