There are those who preserve Georgia’s past in photo archives before it falls to decay or development. Then there’s Madison-Morgan Conservancy, which aims to protect the past by giving it an economic foundation for the present and future. 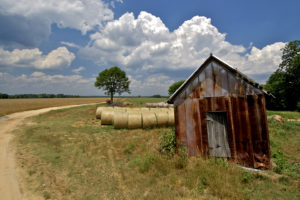 Gov. Brian Kemp recognized the conservancy last week with a Governor’s Award for the Arts and Humanities. Ten recipients were honored in the eighth annual awards bestowed by the governor Georgia Council for the Arts, and Georgia Humanities.

Kemp issued the award before the conservancy has started its latest effort to preserve the family farm. As the first local partner of The Conservation Fund in its new Working Farms Fund, the two entities intend to establish a financial model that will enable family farms to survive and thrive in metro Atlanta. Stacy Funderburke, of The Conservation Fund, said the goal is to scale the concept nationwide, and he observed Monday:

The idea is for The Conservation Fund to purchase small to mid-sized farms around metro Atlanta. The development rights will be removed via a conservation easement and the land – now valued as a farm and not a potential town center – will sold at a price affordable to an enterprise that wants to work it as a farm, according to Funderburke. The conservancy is to help locate a willing seller and, perhaps, a potential farmer. 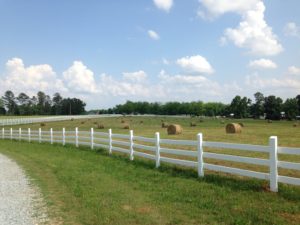 Farming has been the way of life for generations in Morgan County. As such, all things related to farms are of interest to the conservancy, Christine MacCauley Watts, executive director of the Madison-Morgan County Conservancy, said Sunday. As such, the conservancy identifies metro Atlanta’s eastern growth as a clear challenge to its historic way of life, as cited in a recent report:

“It’s all related to a sense of place,” Watts said of the conservancy’s focus. “The sense of place has been so strong here, for so long, and we are advancing ways of protecting that sense of place. … There are all these things that have made the land and buildings look like they do and made the people who they are.”

To elaborate, Watts mentioned the county’s legacy of support for education.

A formal college education was common among the county’s farmers, Watts said. Many attended the University of Georgia, 30 miles to the north, or Abraham Baldwin Agricultural College, in Tifton.

Census reports show the proportion of college grads is higher in Morgan County, at 22 percent, than in farming communities in counties such as Schley, at 13 percent; Laurens, at 15 percent; or Bleckley, home to a campus of Middle Georgia State University, at 17 percent.

Watts described a visit to Morgan County by Julius Rosenwald in the early 20th century. Rosenwald saw no need to build build one of his famed Rosenwald Schools for black pupils, in a venture Rosenwald, co-owner and president of Sears, Roebuck and Co., developed with Booker T. Washington, of the Tuskegee Institute.

Watts said the local story is that Rosenwald saw no need for a school for blacks in Morgan County because so many already existed – more than 100 in 1902, she said.

“The level of education here has always been very high,” Watts said. “Maybe that’s why we have saved so much farmland and so many beautiful places, and downtown. We’ve had a forward-looking leadership for a very long time.”

Previous Article
Mourning the loss of dozens of trees along Peachtree in Midtown
Next Article
Needed: Smart Governance