A rule of thumb holds that when something happens three times in short order, it’s a trend. So it’s fair to say that the melting resistance to Medicaid expansion among Republican  governors just changed from anecdotal to a full-blown trend.

Ohio Gov. John Kasich and Michigan Gov. Rick Snyder bring to six the number of GOP governors who have announced they will move forward to expand Medicaid through the national health care law known as the Affordable Care Act.

Even though both of the Midwest governors have been consistent foes of the Affordable Care Act, their broad opposition has not stopped them from realizing that using new federal funding to address health coverage needs will be a good financial deal for their states. 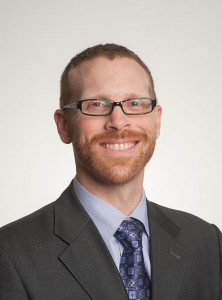 Kasich noted Ohio is “…going to extend Medicaid for the working poor and for those who are jobless trying to find work. It makes great sense for the state of Ohio because it will allow us to provide greater care with our own dollars.”

Michigan’s governor points out that extending coverage makes for a better health care system, because “those who are uninsured are using the emergency room as their primary health care. That’s a flawed system.”

Georgia is home to the fifth largest uninsured population of any state in the country. Simple math shows Georgia has more to gain than the states where Republican governors have dropped their opposition to expansion.

Medicaid expansion would enable the state to cover hundreds of thousands of Georgians who will otherwise remain uninsured. Instead of continuing to tout inflated cost estimates, the state’s leaders should look more closely at the benefits other states will realize and move to ensure that Georgia benefits too.

Gov. Nathan Deal restated his opposition to the law at the outset of this year’s legislative session.

But Georgia could gain more than $30 billion in new federal funds over the next 10 years if he joins his counterparts across the country and accepts expansion.

Expanding Medicaid will increase access to health care for Georgia’s people and better enable Georgia to invest in its health care system. Over the next 10 years, Georgia’s modest state investment – less than a 2 percent bump in total state spending — will bring at least $9 in federal funding for each state dollar.

This is a return two-thirds greater than the $5.50 per dollar return the governor cited in his State of the State speech in January as justification for Georgia’s investment in the harbor deepening project in Savannah.

The new federal investment in Georgia’s health care system will greatly benefit the state as the new spending flows through the economy. The new spending will help people, and businesses, who buy private insurance by reducing uncompensated care and the cost shifting that results when hospitals and other health care providers treat patients without health insurance.

Want more examples of the reasoning the converted Republican governors are giving for their embrace of Medicaid expansion?

Consider the remarks of Arizona Gov. Jan Brewer, whose embrace last month of extending Medicaid to those earning up to 133 percent of the federal poverty line (about $31,000 for a family of four) will cover 250,000 more Arizonans and bring in nearly $8 billion in new federal funds over three years. 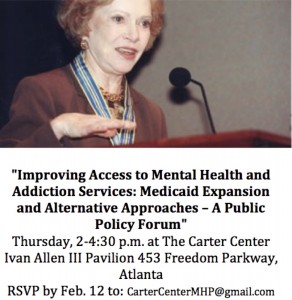 In December, Nevada Gov. Brian Sandoval was the first Republican governor to announce that his state will expand Medicaid to cover more than 78,000 low-income people. New Mexico Gov. Susana Martinez soon followed, announcing her state will also expand Medicaid in 2014 to generate nearly $5 billion in new federal funds and extend coverage to more than 200,000 people. North Dakota Gov. Jack Dalrymple also included the Medicaid expansion in a bill he sent to the legislature last month.

All six of these governors noted they were against Obamacare as a whole. But, they said, since the law is here to stay it makes more sense for their states to accept federal funds that will give a financial lift to hospitals and other health care providers, while increasing health coverage for their residents and boosting their economy.

Note to readers: Sweeney is a featured speaker at a panel discussion Thursday at the Carter Center: The Affordable Care Act’s Impact on Access to Mental Health Services in Georgia.