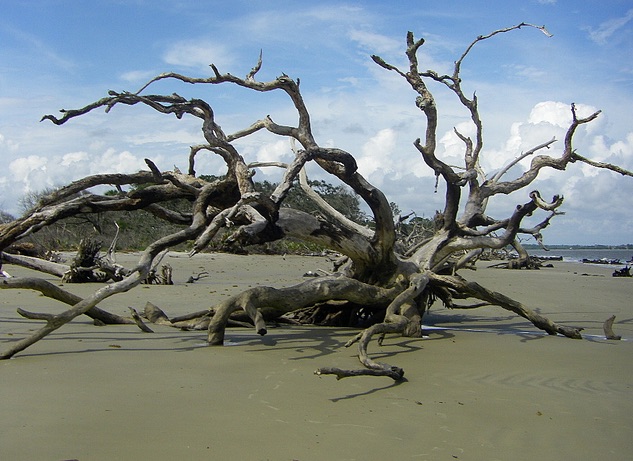 As President Obama prepares to unveil Monday strong regulations intended to counter climate change and promote solar power, Georgia’s two senators succeeded in passing through committee a bill authorizing oil drilling off Georgia’s coast and for the state to collect revenues from such oil production. 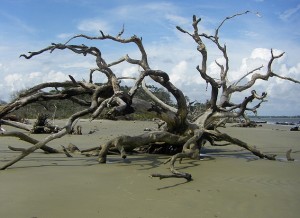 Georgia’s two senators co-sponsored legislation that would require Georgia’s governor to work with federal officials regarding the potential placement of oil drilling structures along the Georgia coast. Credit: vanishingsouthgeorgia.com

Sen. Johnny Isakson and Sen. David Perdue co-sponsored the measure May 11. The legislation was rolled into a broader energy bill approved July 30 by the Senate Energy and Natural Resources Committee. The next step is consideration by the full Senate.

The broader bill provides for Georgia and other coastal states to, “receive a fair share of the revenue from oil and gas activity off their shores,” according to a statement posted on the Senate Republican News website.

The original legislation was titled Southern Atlantic Energy Security Act, and was introduced by Sen. Mark Warner (D-Va.). The bill had five cosponsors: the other senator from Virginia; a senator from North Carolina; one from South Carolina; and Georgia’s two senators.

Isakson has a considerable record of supporting offshore drilling. In this case, he cosponsored a proposal that would enable offshore drilling in the South Atlantic, provide revenues for states, and require the federal government to collaborate with state governors regarding the, “management of the surface occupancy of the areas between the coastline and 30 nautical miles to mitigate potential concerns regarding impacts to coastal viewsheds.”

According to a Senate description of the proposal, it:

Obama’s pending environmental regulations are being presented as a legacy issue, comparable to the Affordable Care Act.

The regulations aren’t focused on oil production, consumption or export. The White House has already addressed some of those issues through fuel economy standards for passenger vehicles and heavy duty vehicles used for commercial purposes.

The climate-change legislation focuses on carbon produced by power plants. The most aggressive of the regulations would reduce existing coal-fired power plants to reduce emissions by 32 percent by 2030, compared to emissions in 2005. The current target for emissions reduction is 30 percent, according to a report on nytimes.com.