Gov. Nathan Deal and the state Transportation Department have given two big boosts to the effort to create a linear park along Ga. 400 in Buckhead. 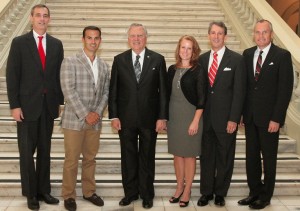 Gov. Nathan Deal has announced the state will provide $750,000 to the planned Buckhead Trail, which is being overseen by Livable Buckhead, Inc.

The state DOT also helped the trail by approving a resolution that calls for transit and multi-use trails to be included in all managed lane projects. The board that oversees GDOT approved the resolution in May.

The Buckhead Trail is to be a concrete pathway stretching about five miles with a width of 8 feet to 14 feet. The path will be open for use by runners, walkers, bicyclists and skaters.

Deal took advantage of the award ceremony at the state Capitol to praise the Georgia Transportation Infrastructure Bank, which is providing the money to the Buckhead Trail. The Legislature created the bank in 2008, and it’s administered by the State Road and Tollway Authority – the state entity that manages Ga. 400.

“The GTIB program is a way for communities who are serious about investing in their infrastructure to apply for the help they need to complete or move their projects forward,” Deal said in a statement. “These projects are the kind of investments that not only sustain communities, but they also strengthen communities by providing more job opportunities.” 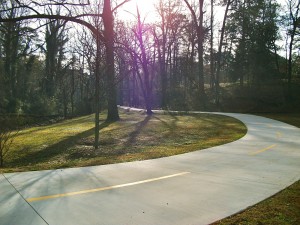 Buckhead is to have this type of winding pathway once the planned Buckhead Trail opens. Credit: Livable Buckhead, Inc.

Jim Durrett said the state funding underscores the value of the project, which is in the midst of a fund-raising campaign. Durrett is executive director of the Buckhead Community Improvement District, which is the entity that actually received the funds from the state. BCID will disburse the money to the Libable Buckhead

“To add Infrastructure Bank funding to the present commitments from the CID, PATH Foundation, the City of Atlanta and others demonstrates the power and attraction of a good idea, but also underscores the importance of public/private partnerships to make things happen,” Durrett said in a statement. “We hope that this will stimulate additional financial support to soon put us over the goal line.”

The state DOT board voted in May for a resolution that also could benefit the project. The resolution sets the stage for what a statement released in May described as proactive collaboration on broad system improvements in the Metro Atlanta area.

The conclusion of the resolution reads:

“Be it resolved that the Georgia Department of Transportation staff is directed to actively collaborate with transit and multi-use trails initiatives within individual managed lane project corridors so as to foster thoughtful utilization of the existing assets on each corridor for both highway and transit modes.

“This would include, among other things, allocating as much as 40 to 60 feet within the right-of-way for the project corridors, either at-grade, on structure, or subsurface, to accommodate transit in the corridor.

“This collaboration is not to be constructed as a directive to produce a combined environmental document. 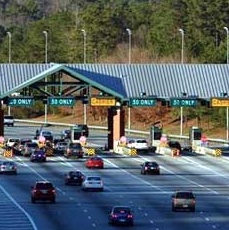 “Further, the resulting decisions shall in all cases be properly documented by the commissioner and recorded during project development to clearly delineate expectations that flow one to another, including but not limited to maintenance, construction, staging, safety, traffic considerations, and financial obligations.”

GDOT issued a statement that included this comment from Rudy Bowen, chairman of the DOT board:

“This is an opportunity for the department to take advantage of possibilities to include transit and multi-use trails in the project development phase. Considering long term uses of corridors is vital to the successful transportation system we want to deliver to all Georgians.”

Livable Buckhead is overseeing a trail project that is viewed as the backbone of the Trails and Greenways System that Atlanta Councilmember Howard Shook has been fostering since 2010.

This planned Buckhead Trail is to be linked at some time in the future with other green space that backers hope to assemble with help from a host of public/private partners in Buckhead.

The initial concept is for the trail to be a concrete path for walkers, runners, bicyclists and skaters. It will span from 8 feet to 14 feet wide, for a length of about 5 miles.

The proposed trailheads would be located near a historic cemetery off Loridans Drive, and at the BeltLine’s Peachtree Creek spur trail.