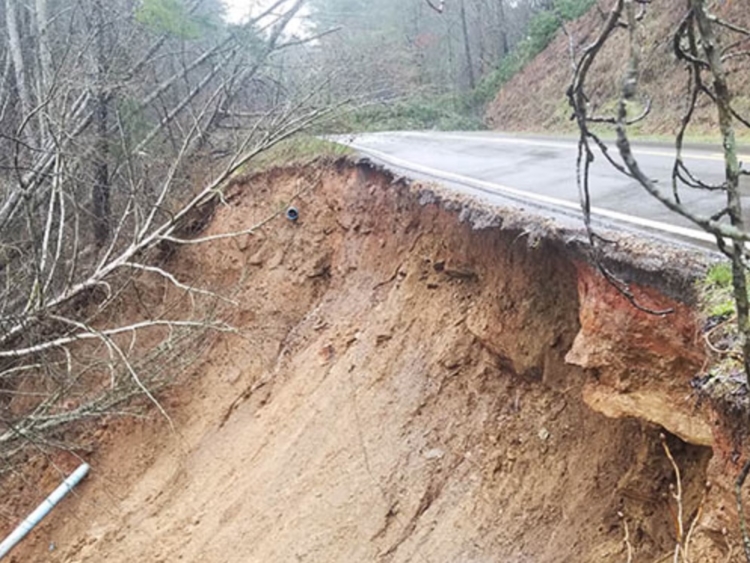 At $1.3 million, the grant isn’t big in the context of state highway funding. But Gov. Brian Kemp won praise from local residents for overseeing approval of funding to help restore a road washed out in February by a rockslide in Pickens County – just north of metro Atlanta. 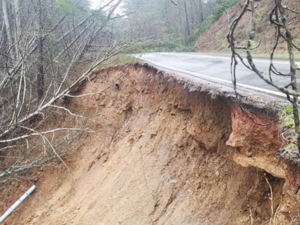 The washout of Jones Mountain Road has left commuters with few options in a region between Jasper and Elijay. The concerns are a stark reminder of the vastly different type of road conditions just north of the road systems of metro Atlanta.

Here are a few remarks posted on the county’s Facebook page shortly after Pickens County closed the road:

Posters were equally quick to commend Kemp and other state officials for providing money to repair the project at the meeting Monday:

The grant was provided through the Georgia Transportation Infrastructure Bank. The grant covers 68.5 percent of the project cost, according to Chris Tomlinson, SRTA’s executive director. Additional sources of funding include $500,000 from the Georgia Department of Transportation and $100,000 from Pickens County, Tomlinson said. The work is to be complete in about two months.

The Legislature created the bank in 2008. Since that time, it has provided comparatively small sums of money that enabled some major projects to move forward in metro Atlanta. 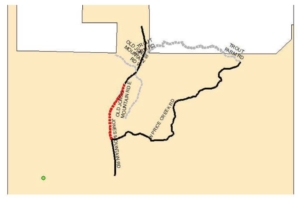 The washout of a section of Jones Mountain Road in Pickens County has forced commuters to take an alternative that locals say is no easy to traverse. credit: facebook.com/pickenscountyga

Here are a few examples:

Now $1.3 million is to be provided to help repair Jones Mountain Road, in Pickens County.

The State Road and Tollway Authority approved the loan Monday in one of two major orders of business. The other was to officially install Kemp as chairman of the authority, a position that’s filled by the sitting governor.

The entire meeting lasted about six minutes. Kemp took a few minutes before the meeting to welcome each member of the small audience gathered in one of the offices assigned to the governor on the first floor of the Capitol. After the meeting, Kemp took a few more minutes to share a few words with those who lingered.

Previous Article
The Georgia Conservancy Under the Gold Dome – A Brief Recap of the Legislative Session
Next Article
Updated: Atlanta Housing takes action on lawsuits from ex-CEO and developer — and not the actions those plaintiffs wanted