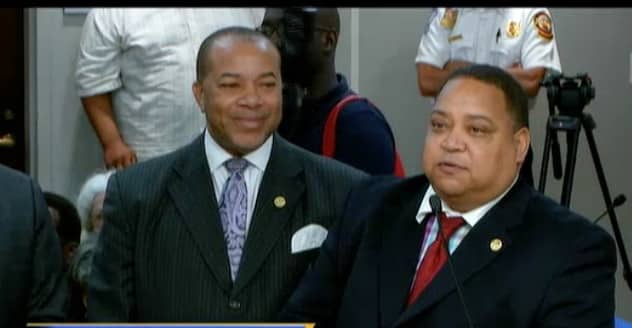 In recognition of the central space that Grady Memorial Hospital occupies in Atlanta’s cultural history, the Atlanta City Council has honored the authority that oversees the hospital on the occasion of its 75th anniversary. The hospital itself celebrates its 125th anniversary next year. 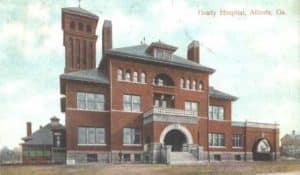 The original Grady Hospital provided an equitable division of rooms for patients – 50 for white patients and 50 for black patients, according to the board chair of FDHA. Credit: tylert.wordpress.com

“Who’s a Grady Baby in the room?” Councilmember Michael Julian Bond said Monday during the ceremony at a council meeting. “There’s got to be. There are too many of you all.”

And at that, a number of hands really did rise and others clapped in recognition of the mantle they wear. They occupy their own special space as having been born at the Atlanta region’s historic first public hospital that opened segregated rooms to black and white patients in 1892.

The honor recognized the role the Fulton-DeKalb Hospital Authority has played since it was formed in 1941 to collaborate on care for the indigent, police officers, and firefighters. 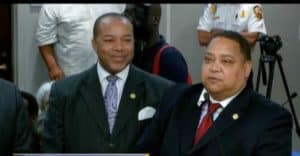 In accepting the honor on behalf of the Fulton-DeKalb Hospital Authority, board chairman Thomas Dortch cited the hospital’s early role in integrating the city.

“We will continue to provide health care to the needy; over 200,000 indigents come every year,” Dortch said.

The Grady Hospital opened in June 1892 and was named for Henry W. Grady, the editor of The Atlanta Constitution who championed the notion that a New South had risen from the ashes of the Civil War.

As Grady said in an 1886 speech: “We have raised a brave and beautiful city….”

The author of “Gone With the Wind” was enveloped by this notion of equitable pubic health care. Margaret Mitchell provided anonymous scholarships to students of medicine at the historically black Morehouse College. Dr. Otis Smith, won of Atlanta’s first black pediatricians, was helped by her gift and later served on Grady’s board.

Mitchell herself died at Grady, following injuries sustained when she was struck by a taxi cab.

Dortch said Grady will continue to serve the public health needs of metro Atlanta for times to come. He referenced the budget woes that threatened to close the hospital a decade ago, as public hospitals around the country struggled beneath the weight of financing changes in the nation’s public hospitals.

“When Grady was in challenge, we raisied $340 million new dollars and will be around another century,” Dortch said. “Thank you. And as we say, Atlanta can’t do without Grady, and Grady will continue to support all our citizens in Fulton and DeKalb counties.”