GSU researchers report discovery of a better test for prediabetes 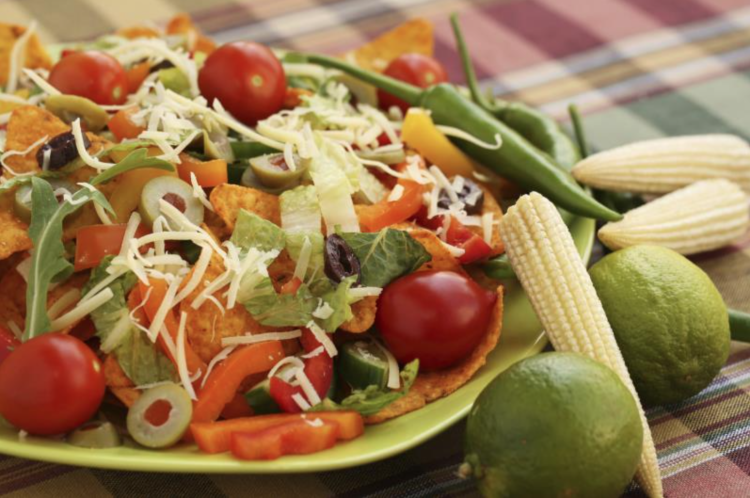 Healthy foods, such as the fresh vegetables in this Mexican Salad, are important in preventing and treating diabetes, according to the Mayo Clinic. Credit: livestrong.com

Researchers at Georgia State University think they’ve found a better way to detect prediabetes, a condition that can be a precursor of diabetes – the seventh leading cause of death in the United States.

The researchers determined that using two blood sugar tests would improve the detection of the disease in American children and adults. The standard test today consists of one blood sugar test. The inclusion of a third common test does not improve results, researchers concluded. 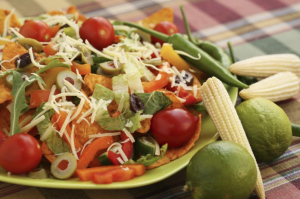 Healthy foods, such as the fresh vegetables in this Mexican Salad, are important in preventing and treating diabetes, according to the Mayo Clinic. Credit: livestrong.com

This information could be very valuable in Georgia. Georgia’s diabetes rate has doubled from 1994 to 2013, from 5.2 per 100 adults to 10.4 per 100 adults, according to data from the Centers for Disease Control and Prevention.

Georgia exceeds the national average for diabetes, which is 9.3 percent, according to the CDC.

Meanwhile, the American Diabetes Association recommends the use of a different test. The hemoglobin A1C (HbA1C) test is used to diagnose type 2 diabetes. 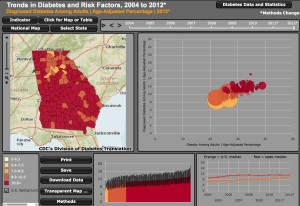 Diabetes rates exceed 10.6 percent across most of Georgia, according to this dashboard created by the CDC. Credit: Centers for Disease Control and Prevention

The study, led by Dr. Ike Okosun, director of GSU’s Division of Epidemiology and Biostatistics, determined that a combination of the FPG and HbA1C tests produces a more accurate detection of prediabetes. These tests remains more accurate across age, race, ethnicity and body mass classifications than the use of only one of the tests.

“Given the increasing prevalence of type 2 diabetes, coming up with methods to catch the disease and stop the disease is a public health imperative,” Okosun said in the statement.

The report was based on an analysis of data from the 2007-2008 National Health and Nutrition Examination Surveys, as provided by the U.S. National Center for Health Statistics at the Centers for Disease Control and Prevention, according to the GSU statement.

Okosun is a chronic disease epidemiologist who is an internationally recognized expert in the epidemiology of hypertension, type 2 diabetes, obesity and metabolic syndrome, according to his resume at GSU. The co-authors are Dr. Rodney Lyn, a GSU associate professor of health management and policy; and Drs. J.P. Seale and Monique Davis-Smith, both with Mercer University’s School of Medicine.

The study was published in Frontiers in Public Health as, Improving Detection of Prediabetes in Children and Adults: Using Combinations of Blood Glucose Tests.

Current detection methods can miss prediabetes, resulting in a false sense of being free of the condition.

More than a quarter of all diabetes cases have not been diagnosed, according to the National Diabetes Statistics Report, 2014, produced by the American Diabetes Association.

The report showed that, in 2012, 29.1 million Americans, or 9.3 percent of the population, had diabetes. Of these cases, 21 million were diagnosed and 8.1 million were undiagnosed.

The report showed that diabetes may be underreported as a cause of death. The report observed that:

Previous Article
GDOT to name team to rebuild Ga. 400/I-285; MARTA, GRTA plan to use new roadway
Next Article
Fall on the ground by Kelly Jordan