A historic marker for the Atlanta Student Movement as seen in 2018. The marker is part of a history trail program that City Councilmember Michael Julian Bond wants a new Historical Commission to aid in completing. (File Photo by Kelly Jordan.)

The creation of an Atlanta Historical Commission to highlight a more diverse array of historic sites will be considered by the City Council at its Feb. 21 meeting.

The commission is the brainchild of Post 1 At-Large City Councilmember Michael Julian Bond, whose immediate motive is to get help with a slow-moving, decade-old effort to create a history trail about the Atlanta Student Movement of the Civil Rights era. 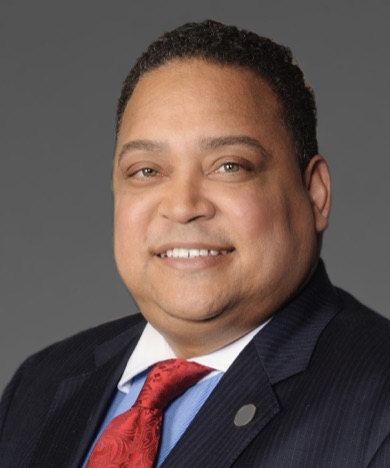 “I hope this new group will take this on full time,” Bond said of the history trail project, adding he thinks it “would be great to expand this idea beyond this trail for all the other different, notable events, people, places and things that happened inside of our city.”

That would include significant sites of Jewish and African American women’s history. Bond is especially interested in concepts that, akin to the Atlanta Student Movement trail, would involve markers with QR codes linking to interactive online exhibits.

His legislation calls for the formation of an initial Historical Commission Study Group that would provide recommendations by April 26. The proposed study group membership includes representatives of the Atlanta History Center; Auburn Avenue’s APEX Museum; the City’s Historic Preservation Studio and Office of Cultural Affairs; the Atlanta Black/Jewish Coalition; and a “Native American group,” plus commercial and residential real estate brokers. Additional members could be named by the study group.

Of course, there are several existing programs and methods for recognizing historical sites, including official designations conducted through the City’s Atlanta Urban Design Commission. “I just want to be clear for people who may have concerns, we’re not trying to usurp what the Atlanta Urban Design Commission does,” says Bond. “We want to augment it.”

The City’s Historic Preservation Studio is undertaking efforts to diversify structures that gain official historic protections or designations. The nonprofit Historic Atlanta is a partner in those efforts, with committees that focus on Black heritage, LGBTQ history, and most recently, Asian, Latino and immigrant communities. Bond said he had heard of Historic Atlanta but was not familiar with those programs.

Charles Lawrence, Historic Atlanta’s board chair, noted there is a state historical marker program and other marker programs around the city. “{It certainly won’t hurt to have more attention paid to Atlanta’s history, but I do wish it could have been done as an expansion of the Office of Design, historic preservation department and AUDC,” he said. “In my opinion only, existing issues with not enough staff and absentee appointees should be remedied before embarking on a new interpretive mission.”

The history trail of immediate concern dates back more than a decade. The focus is the Atlanta Student Movement of the 1960s when students at Atlanta University Center (AUC) institutions launched sit-ins and similar protests against segregation in local businesses that became influential in the Civil Rights movement. Among the organizers was Bond’s father, the late Julian Bond.

The idea of the trail is a series of historical markers in the AUC area, each of which has a QR code linking to such material as videos of participants in the protest. In 2010, Bond formed a commission to develop the idea, and the first marker was unveiled in 2014 as part of a larger, statewide “Georgia Civil Rights Trail.” Bond says that the online material for some of the markers remains undeveloped because it essentially was left to his own staff to do, with day-to-day work pushing it to the back burner.

In Georgia’s historic recognitions, Bond said, there often “seems to be an inordinate amount of focus on the Civil War.” He’d like to see broader recognition of other aspects of history, such as Native American life and Georgia’s role in founding the United States as an original colony. He proposes a digital map of Atlanta’s historical sites for use by tourists.

If the Historical Commission is approved, he said, he would like it to have “subcommittees on these facets of Atlanta history, and they will continually work to highlight them and make acknowledgment of them.”

The Feb. 21 council meeting will be held virtually starting at 1 p.m. and can be viewed on the City website.