How do researchers measure gentrification? 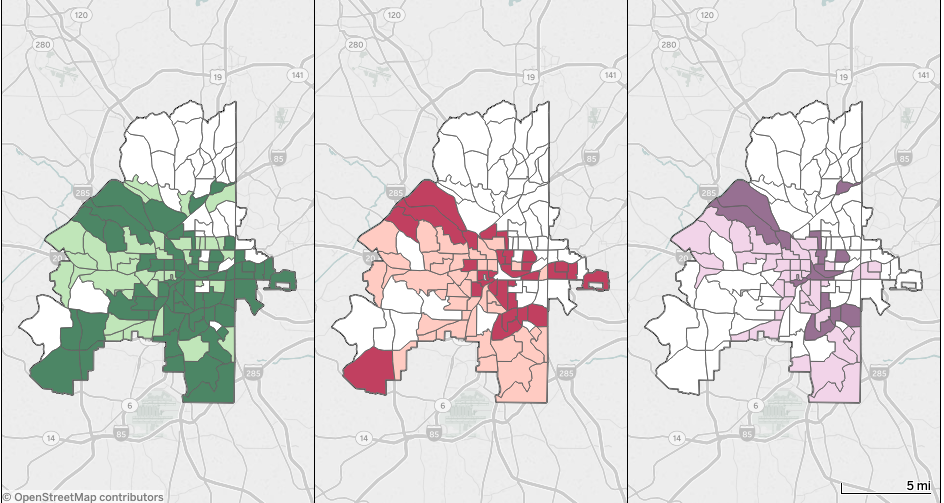 Few words cause as much passion and consternation in Atlanta as “gentrification”—a term that’s used to describe anything from a kombucha store opening to a Vine City vacant lot going for $200,000. But it can be hard to precisely explain what we mean when we say a neighborhood is gentrifying.

That’s also true for researchers, who may use different methods to measure gentrification: housing cost changes, mortgage lending frequency, college education rates. Using some metrics, neighborhoods that change rapidly might qualify as “gentrifying,” whereas others that are more slowly changing might not, and emphasizing a binary of “gentrified” and “un-gentrified” neighborhoods can erase the important nuances that have real implications for residents that are experiencing displacement. All of this can lead to confusion that affects public perception, as well as how governments and advocates respond.

Illustrating this very issue is a new map tool from affordable housing nonprofit Enterprise Community Partners that uses three different models measuring gentrification. Using the maps, you can look at changes in nearly 100 U.S. cities over four decades, from 1970 to 2010, using different criteria to see what counts as “gentrification.”

The tool uses the following three metrics, showing different outputs on whether an area is gentrified or not:

Interested in what Atlanta areas have been “gentrified” over the past few decades? Check out the tool here, and learn more about how researchers measure gentrification in this accompanying study.