Huffington Post brings its ‘Listen to America’ tour to Atlanta 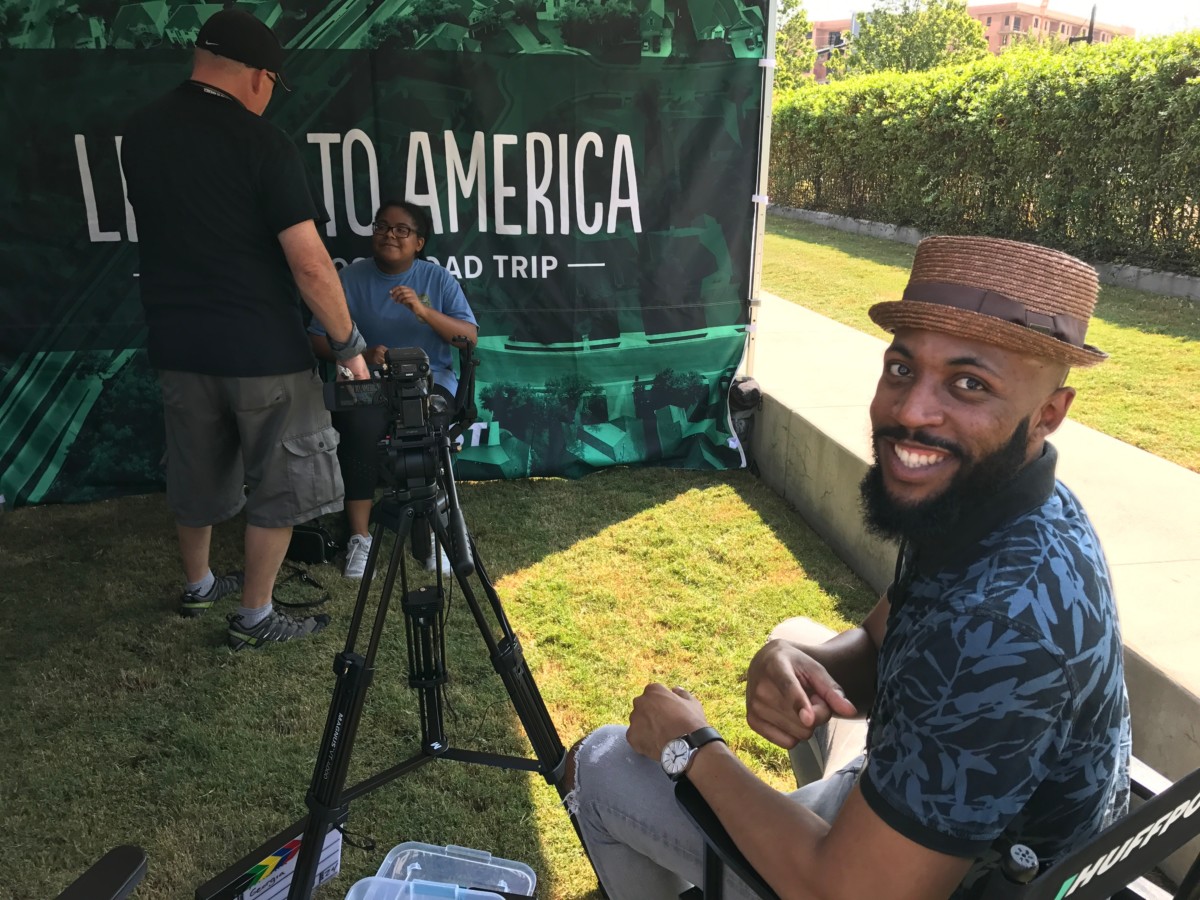 The Huffington Post brought its “Listen to America” tour to Atlanta Friday – anchoring its bus and recording studios at Ponce City Market.

The tour is taking “HuffPost” to 25 cities across the country – especially communities that are “undercovered” by the online publication that was founded by Arianna Huffington.

“We are doing this tour so we can find stories that are not often told,” said Marc Janks, HuffPost’s director of multimedia. “We just want to listen to people in those cities across America.” 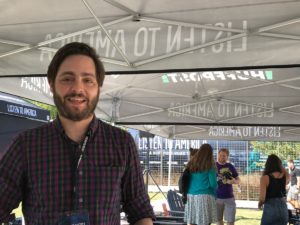 “We’ve met amazing people – people with all types of stories,” Janks said, adding that this is different from StoryCorps because it is more news oriented.

When asked why HuffPost came to Atlanta, Janks said it is a good example of the country outside the major media markets of New York and Washington, D.C.

“Atlanta is diverse as to the types of people who live here,” Janks said. “We want to get their stories and listen to them. After all, this is a listening tour.”

Janks also said the tour was editorially-driven rather than being a marketing vehicle to create greater awareness of Huffington Post, an online news outlet that already has a national reach.

“Our goal is to reach new audiences and tell those people’s stories and what matters to them,” Janks said. “We want to reach new people.”

The HuffPost tour bus was parked on the North Avenue side of Ponce City Market, and several tents were set up so people could be interviewed. Many of the stories will be posted on the website and on HuffPost’s Facebook page. 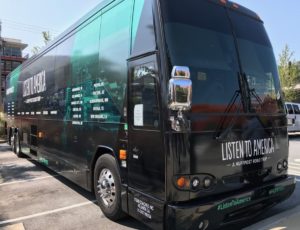 The tour is hitting 25 cities in seven weeks, and it is spending a day or two in each city. If people want to contribute their thoughts, they can go to the HuffPost website, Janks said.

During a conversation, Janks had enjoyed getting to know Atlanta – walking the BeltLine, going to Piedmont Park and appreciating the city’s trees.

When asked which cities he especially had liked so far, Janks mentioned Birmingham.

“It’s a true example of a community that welcomed us and was passionate about solving their problems,” Janks said.

According to the media advisory, HuffPost said the listening tour wanted to spotlight heroes in each location who have made significant local contributions, with the goal of accurately capturing the concerns, hopes and dreams of everyday Americans to ultimately help HuffPost understand how it should drive future coverage. 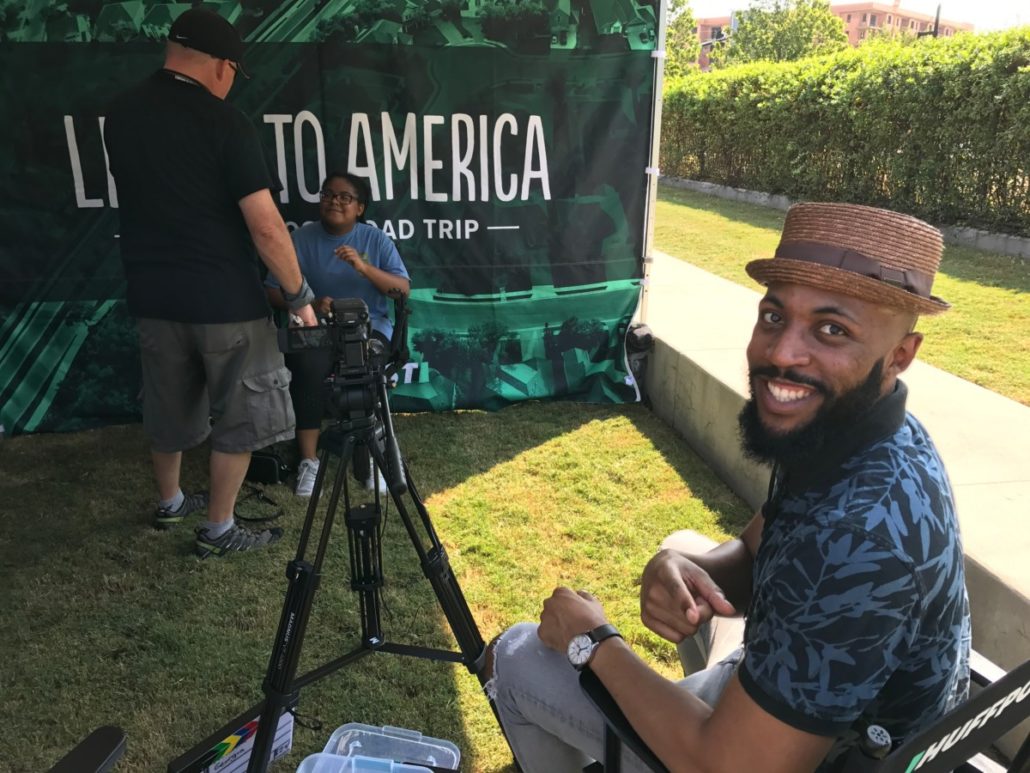 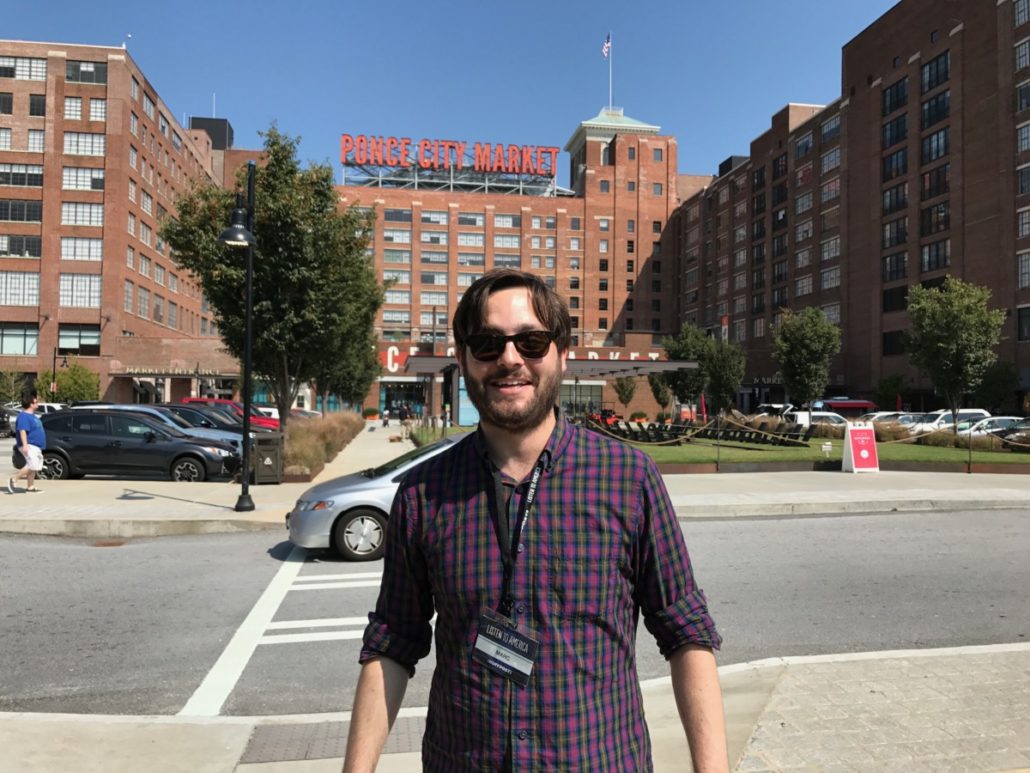 HuffPost’s Marc Janks appreciated the energy he saw in Atlanta at the Ponce City Market, the Atlanta BeltLine and Piedmont Park (Photo by Maria Saporta)