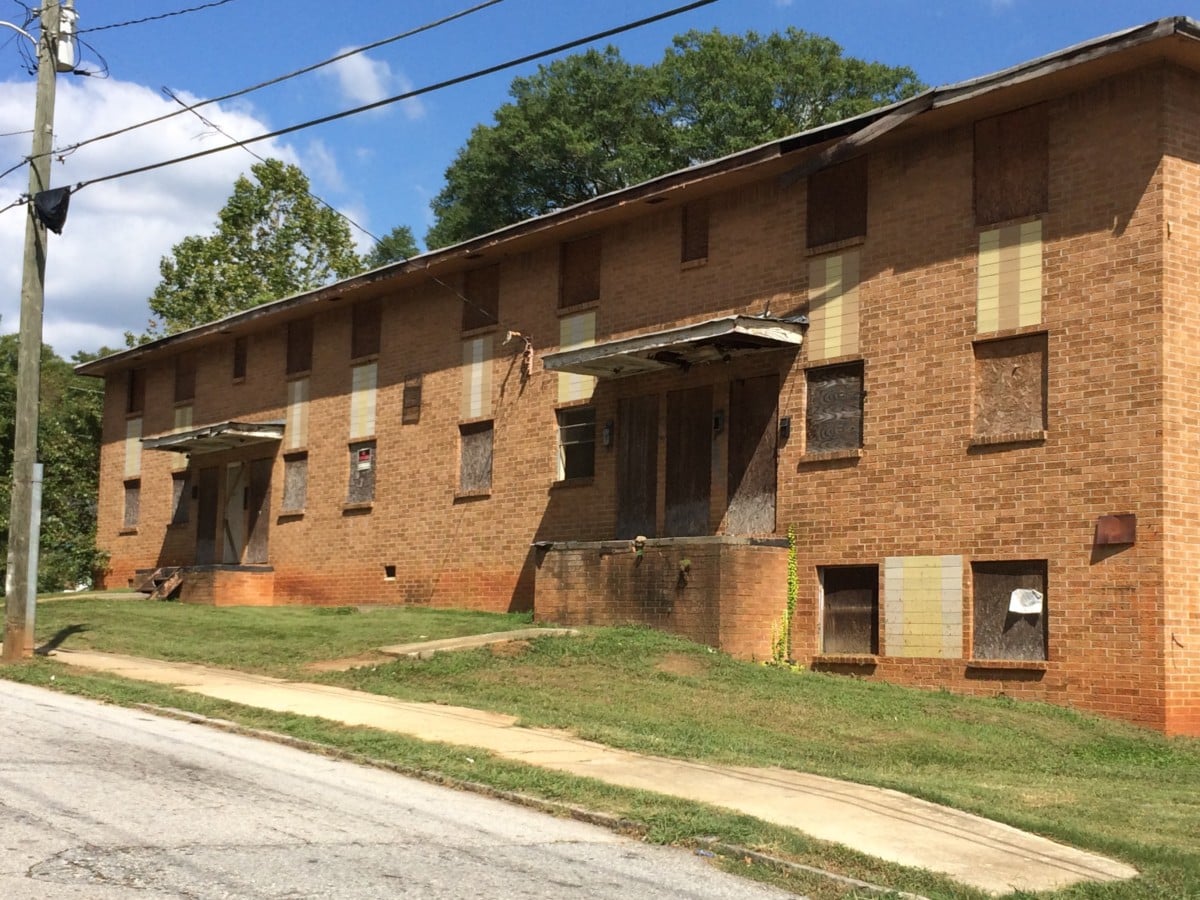 One take-away from a lengthy discussion about lofty plans to improve neighborhoods near the Falcons stadium is that progress is difficult and surprises lurk around every corner. 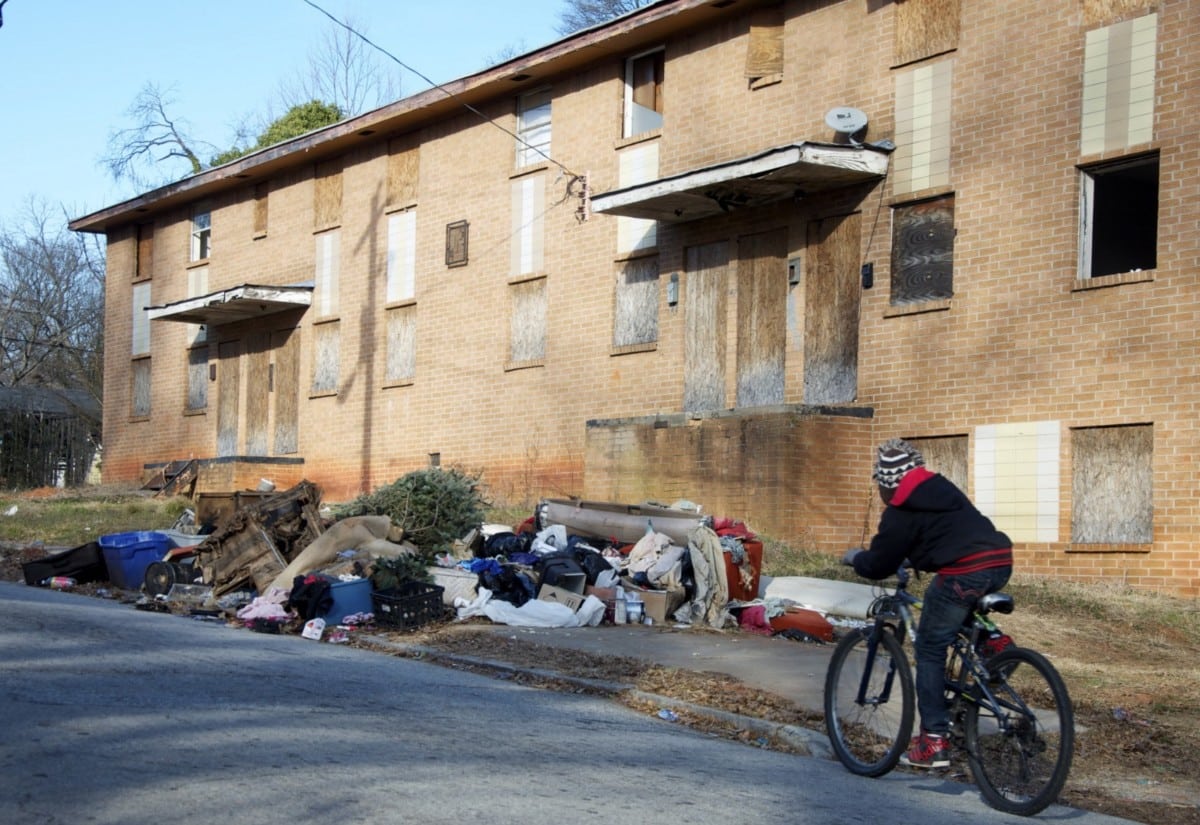 In 2014, this apartment building in Vine City was being cleared and secured. File/Credit: Donita Pendered

Another take-away is that the main muscles behind the effort to improve the neighborhoods speak as though they intend to persevere until they move the needle in an area that has been blighted for decades.

The conversation took place Wednesday at a meeting of the Northwest Community Alliance at the Northside Church of God, in the Underwood Hills neighborhood. The NCA usually focuses on issues affecting neighborhoods north of the stadium. That said, the NCA has hosted four meetings to discuss issues related to the Falcons stadium since the stadium was announced in 2012.

NCA Chairman Mike Koblentz said at the meeting that NCA’s goal is to do what it can to ensure that residents of Vine City and English Avenue, “have a main seat at the table” where decisions are made about programs developed for their neighborhoods. 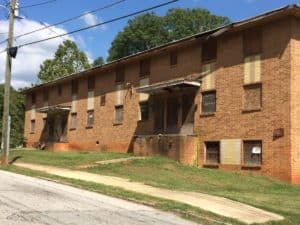 In 2016, the same Vine City apartment complex remains boarded up and adding nothing to the vitality of the neighborhood. Credit: David Pendered

The meeting’s format consisted of the audience asking questions of four panelists who were moderated by the Rev. Howard Beckham, senior pastor at Jerusalem Baptist Church.

Near the end of the meeting, Deborah Scott, executive director of Georgia Stand Up, posed what proved to be the final question of the evening.

“Are you satisfied with the progress being made?” Scott said. “What have you done, and do you feel like you’ve done enough?”

These are highlights of the responses from the four panelists:

Some of the questions that arise from the community are more like dilemmas. There are no easy answers.

Consider the issue of hiring area residents to work at and around the stadium. 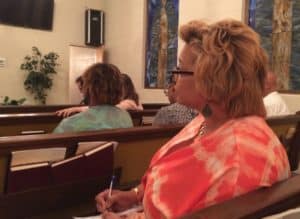 Deborah Scott, executive director of Georgia Stand Up, posed the final question of the evening: “Are you satisfied with the progress being made? What have you done, and do you feel like you’ve done enough?” Credit: David Pendered

It turns out that drug usage isn’t the main reason more locals can’t find work. This notion arose in 2012 during debates at the Atlanta City Council. The lack of education is proving to be the main problem, Beckham said.

“We have learned through this process that the issues we face are far more basic and entrenched than we thought they were,” Beckham said. “Drug screening is not a major issue. People can’t pass the [education] test at the fifth level. We have folks who can’t get to 3.6.”

Many questions posed by the audience yielded answers that spoke to the difficulty of improving an area that seemingly has been neglected for years. Residents who have stayed in their homes through the tough times want to hear a renewal of promises that they won’t be left behind in the planned renewal of their neighborhood. And they want to assurances that rising property values don’t force them out because they can’t pay rising tax bills on houses that have been their homes for decades.

Fernandez was the only panelist who responded.

“We’re not the government,” he said. Then he described a property tax relief program that he said Atlanta planning Commissioner Tim Keane devised when he held a similar job in Charleston, S.C.