Invest Atlanta to approve final financing for proton center, get new board member 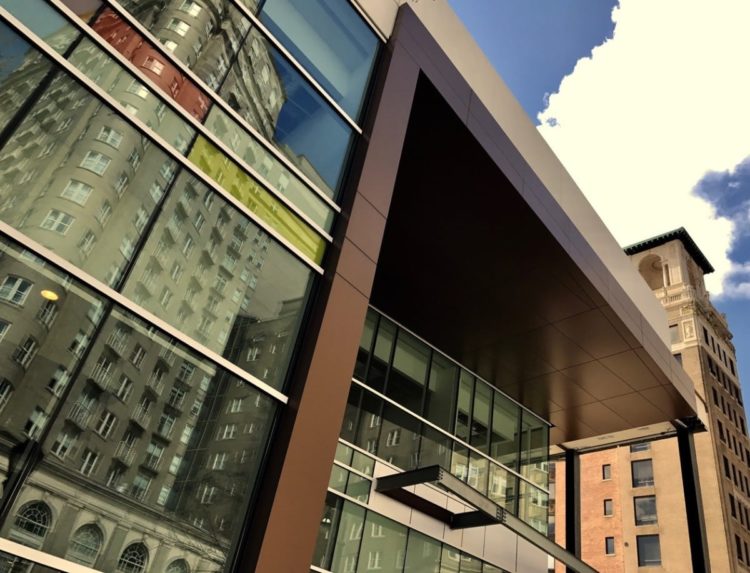 Invest Atlanta, the city's development arm, is slated to approve the final step necessary to provide up to $400 million in bonds to complete construction of the Georgia Proton Treatment Center, in Midtown. Credit: Kelly Jordan

Editor’s note: This story has been updated with photos by Kelly Jordan.

Invest Atlanta is slated to approve Wednesday the final step in a financing deal that will enable construction to resume at the Georgia Proton Treatment Center, in Midtown, just as the Atlanta City Council is poised to appoint a new member to the development authority’s board. 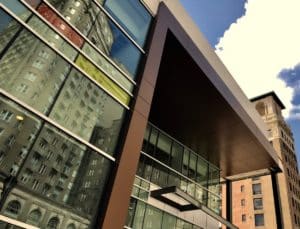 Invest Atlanta, the city’s development arm, is slated to approve the final step necessary to provide up to $400 million in bonds to complete construction of the Georgia Proton Treatment Center, in Midtown. Credit: Kelly Jordan

The proton center consists of a three-story building of about 170,000 square feet. It is to provide the latest type of cancer treatment, a method that causes minimal damage to tissue surrounding tumors in children and adults. A structured parking deck is to provide 165 parking spaces that will be wrapped with about 4,000 square feet of retail space, according to a fact sheet by Invest Atlanta.

Construction started in May 2013 at the high-profile intersection of Peachtree Street and North Avenue. Work stopped when the original developer, California-based Advanced Particle Therapy, later ran into funding challenges.

Evidently, the root cause of the funding shortfall has never been publicly addressed.

Confidentiality agreements precluded any details about the permanent financing from being presented to the judge who handled the bankruptcy petition creditors had filed March 4, 2016 in U.S. Bankruptcy Court for the District of Delaware, according to a report in The Bond Buyer. The judge dismissed the case on May 9, 2016. 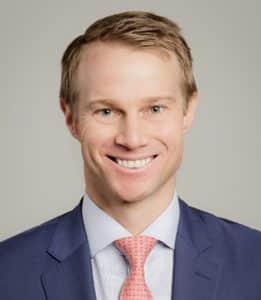 The report outlines the rescue of the proton center by Provident Resources Group, Inc. The company is a non-profit organization that intends to turn its clinical operations over to Emory University Healthcare and Winship Cancer Institute, Georgia’s only National Cancer Institute-designated center.

The incoming board member for Invest Atlanta is Christopher Ahrenkiel. His nomination was unanimously approved Tuesday by the city council’s Community Development and Human Services Committee. The city council is slated to approve the nomination at its July 5 meeting.

Ahrenkiel is to replace Kirk Rich, the previous city council appointee in the real estate category. Rich resigned to campaign for the District 6 seat on the council. The incumbent of that post, Alex Wan, is campaigning to serve as city council president.

Rich resigned from Invest Atlanta’s board in an April 17 letter to Atlanta Mayor Kasim Reed, who chairs the board. On May 18, the municipal clerk notified the council of the resignation, according to the legislation.

Ahrenkiel was nominated by Councilmember Howard Shook on June 5. Also on June 5, Councilmember Kwanza Hall nominated Larry Glasgow. Glasgow withdrew the nomination during the June 19 meeting of the Committee on Council, according to the legislation. 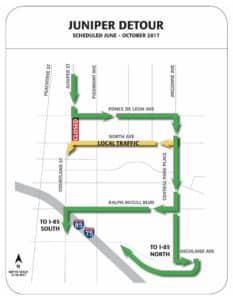 Juniper Street will be closed into October so it can be used as a staging area for the heavy medical equipment to be installed in the Georgia Proton Treatment Center. The center provided this detour map. Credit: georgiaproton.com

Ahrenkiel is employed as manager of leasing for the Atlanta office of Tishman Speyer. Ahrenkiel joined the firm in 2006 after serving four years as leasing manager of Trizec Properties in Atlanta, according to the legislation.

Ahrenkiel’s volunteer work in the city includes serving on the boards of Midtown Alliance, the Atlanta Commercial Board of Realtors, the Real Estate Group of Atlanta, and advisory boards to CoStar and Xceligent, according to the legislation.

Ahrenkiel attended the committee meeting to present himself and answer questions. The committee approved the nomination by a 4-0 vote, without question, following Ahrenkiel’s presentation: 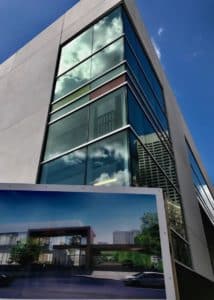 Previous Article
When it comes to our national ParkScore, Atlanta has room to improve
Next Article
ATL Streetcar transfer to MARTA to take about a year: Public Works commissioner