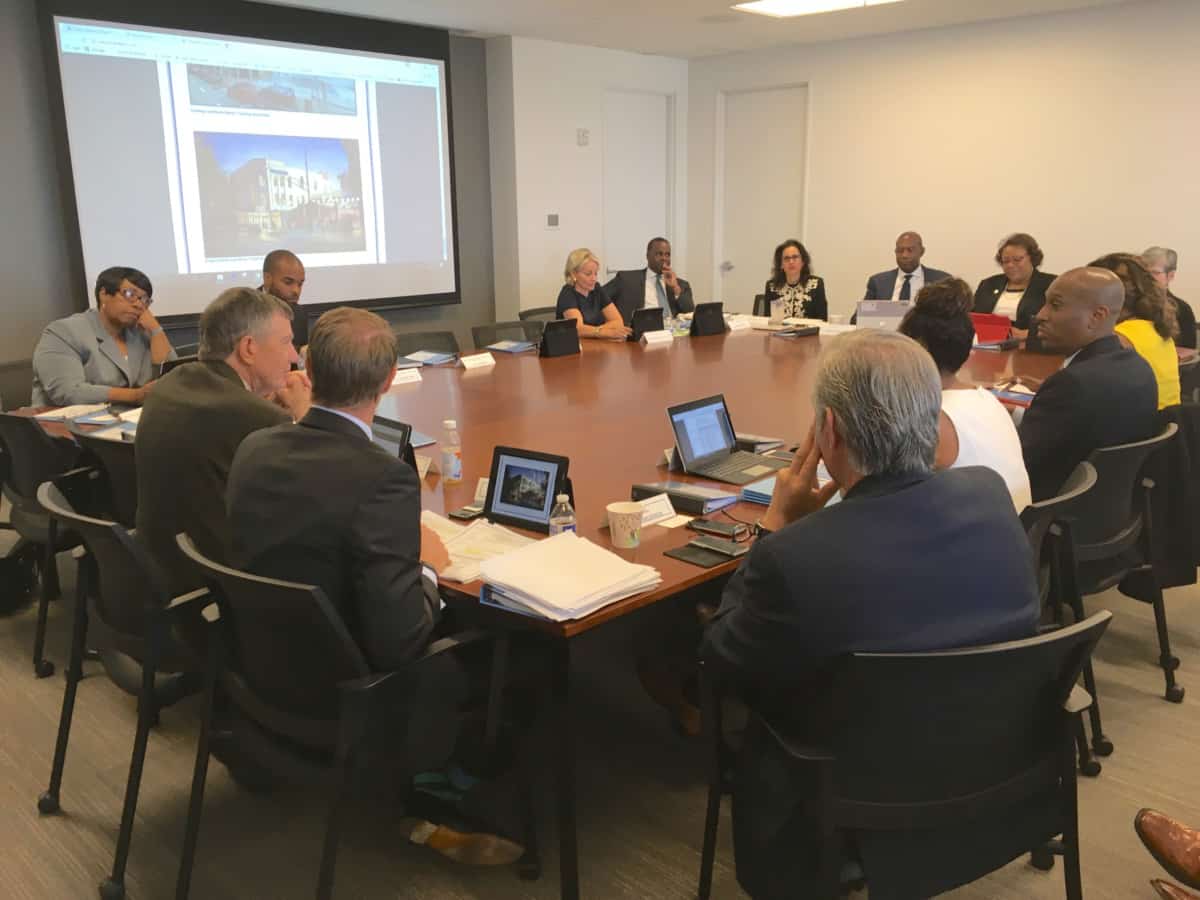 The leaders of the the Atlanta agency in charge of attracting investment on Thursday morning approved millions of dollars in sweeteners or tax abatements for developments at Underground, Colony Square and more.

Among them was a $6.5 million grant approved by the Invest Atlanta Board of Directors for WRS Inc., the company redeveloping Underground. (Fact sheet and resolution.)

The money comes from the Eastside “Tax Allocation District,” or TAD. That’s the shorthand term for a special fund the city can use to help subsidize redevelopment; it’s later bankrolled by the subsequent rise in property taxes. 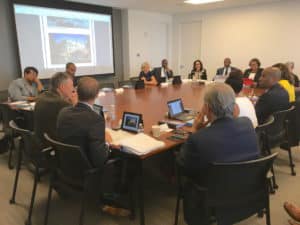 The board of Invest Atlanta approved some sweet economic incentives for proposed developments and rebuilds, including at Underground and Colony Square. Credit: Maggie Lee

Mayor Kasim Reed, who chairs the Invest Atlanta Board, thanked WRS President and CEO Scott Smith for “commitment” to the development.

“Now after your decision to invest in Underground … We now have well higher than a billion dollars in investment within two miles of the investment at Underground and I think that the first attention that was paid was as a result of your interest,” Reed said.

The board also approved up to $8 million in Eastside TAD money toward the redevelopment of eight Downtown blocks into a mixed-use project. The Newport South Downtown affordability plan is to price 20 percent of their 52 units so they’re “affordable.”  (The definition of “affordable” can be different in different buildings, but generally it means, for example, a household of four that makes $54,640 or less.) In checkbook terms, the affordable rent at the Newport development would be $1,255 per month for a 1,308 square-foot, two-bedroom apartment. It’ll also have 186 parking spaces. (Fact sheet and resolution)

In a meeting that didn’t last much over 90 minutes, everything passed by unanimous voice votes, except one “no” from board member Bill Bozarth. He objected to a deal that will see the city issue a bond for $160,000,000 in renovations at Colony Square, and discount the development’s property tax bill. (Fact sheet and resolution)

As a result of the bond inducement, there will be a property tax abatement on the site of some $7.6 million over 10 years. Which means, Bozarth said, the city, county and schools will forego that revenue.

“If there’s ever a place in town in my option that doesn’t need public support, or public subsidy in order to thrive, it would be that row, Peachtree Road from 10th Street to 17th Street,” he said.

The refurbished Colony Square would include a food hall, move theater, gym, a new plaza and green upgrades. The property taxes it would pay via the bond over ten years would come to some $23 million.

But Reed said the project will create jobs, permanent ones, as well as construction jobs, just as stadium construction is winding down. He also said the renovated buildings’ energy efficiency features and “impact on sustainability” makes $7.6 million more than worth it.

“The third thing,” said Reed, “is that there are items and there are considerations regarding new projects that are tied to Colony Square that we can’t discuss in a public forum.”

Reed said that he’s confident that enough stores and businesses will be attracted to that corridor “that will make the $7.6 million decision that we make today a rounding error because of the amount of enhanced sales on the sales tax alone on a fully functioning Colony Square.”

By IA’s math, all the projects on the agenda Thursday, when complete, will mean nearly 500 affordable workforce housing units near employment centers and a total capital investment in the city of some $750 million.

That’s in a city where affordable housing — or the lack thereof — is a top issue in this year’s mayoral race. Activists call the lack of affordable housing a “crisis,” while some longtime residents of quickly gentrifying neighborhoods fear they might not be able to afford to stay.

Other items approved on the unusually long agenda included: