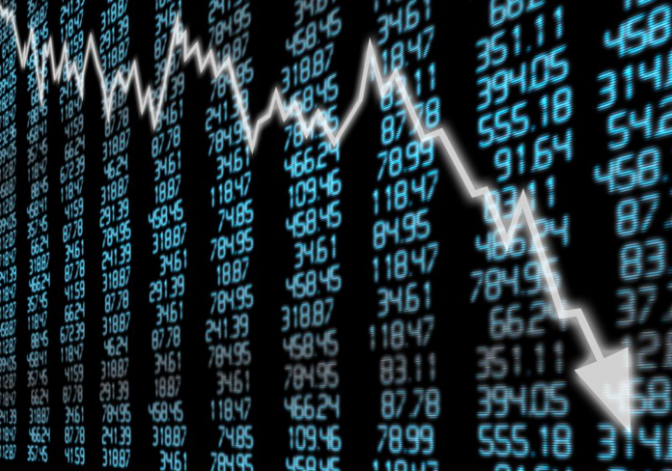 This month, while the nation’s attention span has been fixed on long vote counts and caravans, the stock market took another jagged turn downward, wiping out all its gains for the year.

Last year, only one percent of the asset classes tracked by Deutsche Bank lost money, meaning just about anything you invested in returned a profit. This year, 90 percent of asset classes are on track to post a negative return for the year.

Market pundits talk cheerily about volatility, but lately the climb-backs haven’t been as steep or long as the breathtaking drops. Although the outlook for the U.S. economy is still considered strong, the market’s unease is being reflected on the ground. GM announced Monday that it’s laying off 15 percent of its salaried workers over coming months and closing four plants.

It isn’t the worst economy the country’s had in this century, but it’s not last year by any measure. There are signals the long bull market could be coming to an end. If this is going to have any big impact on politics locally or nationally, however, it hasn’t shown up yet.

Politics still hinges on the state of the economy, but not in obvious, stupid ways. Brian Kemp and Stacey Abrams both talked about Georgia’s ailing rural economy in the governor’s race, but Kemp didn’t sweep those counties because of his economic platform, and Abrams didn’t lose them for that reason either.

Nationally and in Atlanta’s northern suburbs, one essentially economic issue did hit home: the Democratic push to defend the Affordable Care Act. But health care is like an economic issue with Kleenex: It’s expressed in more personal terms. The Republican tax cut probably helped the party in some key Senate and governor’s races, but President Trump acknowledged during the campaign that the subject was boring, and moved on to immigration and other livelier topics. So did his voters.

In many ways the Clinton years, with the signing of the NAFTA treaty and the advent of the internet, made it harder to talk about the economy in political terms, because of the sharp divergence of economic outcomes and the attitudes they shape. It has always been the case that people of different political opinions can look at the same piece of economic data and come up with much different conclusions about what it means, but the complicated nature of the economy makes this ever more likely. A president who stakes his brand on the unwavering conviction that things have never been better encourages this tendency, but it’s much bigger than him.

Coming as it did at just the time the country was changing administrations, the 2008 recession and the bailouts it prompted forged distinctly political lenses for viewing the long upward march of the economy after the fall of Lehman Brothers. Americans who voted for Barack Obama looked at the gradual improvement and saw progress, while those who voted against Obama gave him less than the usual grudging credit.

A decade after the recession, voters who agree with Trump on immigration and trade are the likeliest to sing the praises of the economy, while voters who don’t like the president have been most begrudging of its successes. Increasingly since the 1990s, political opinions often seem to eclipse economic realities.

But the financial writer Adam Smith (the one who wrote “The Money Game,” not “The Wealth of Nations”) had a line that’s worth dusting off in a new context. “The stock does not know you own it,” he advised inexperienced investors.

By a similar logic, the economy doesn’t know who you voted for. The late vestiges of the post-2008 recovery which Trump took credit for were global in nature, and many of the problems he’ll be blamed for are global as well.

This lousy market year could turn around so quickly that the voters most important to Trump, those who have seen gains from the improvement in blue-collar job growth, won’t even notice. But for all the president’s power, he doesn’t control the global currents that could make this happen. He’s taken credit for the economy more brashly than any of his predecessors, but the economy will not be owned.