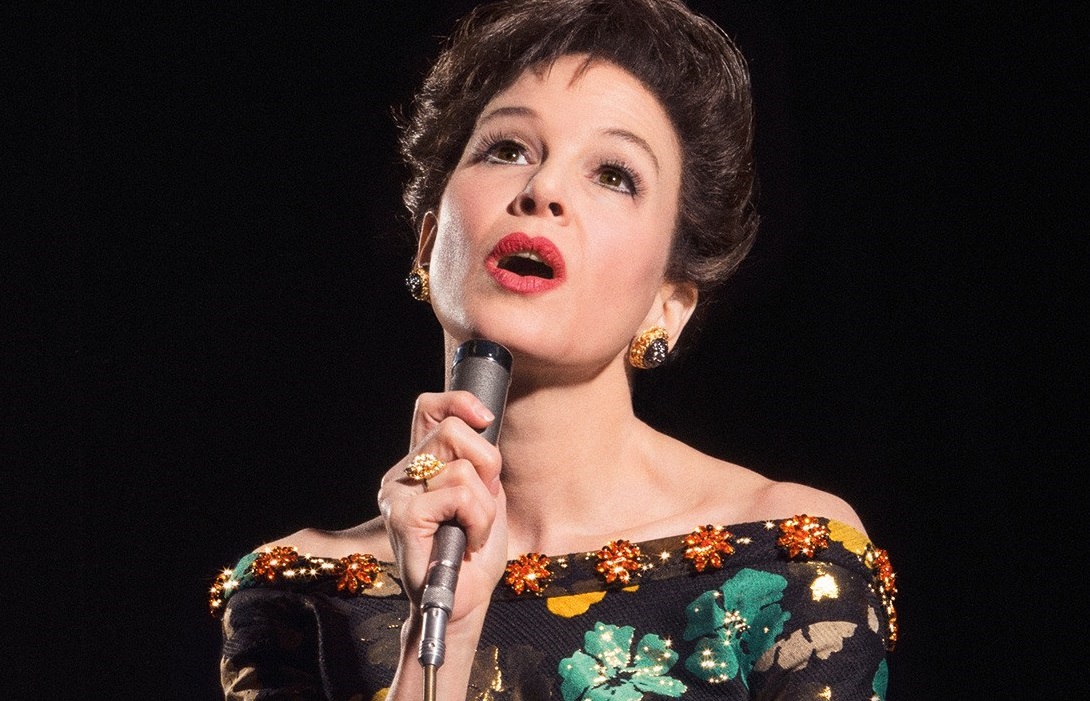 Though peppered with flashbacks to her early days at MGM when she (and Toto, too) was at the not-so-tender mercies of studio mogul, Louis B. Mayer, the film is mostly about Garland’s final days, the six or so months before her premature death from an accidental drug overdose. She was 47. 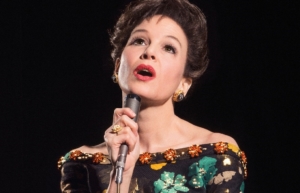 Renée Zellweger as Judy Garland in the movie “Judy”

In late winter 1968, Garland’s glory years may be behind her, but her live concerts continue to draw crowds. Especially in London where she had staged the first of her many comeback tours.

But as she says in the movie, she’s only Judy Garland one hour a day, when she’s performing. The rest of the time, she’s a single mother, an addict and pretty much a mess.  One of the early scenes shows her arriving in L.A., her two youngest, Lorna and Joey, in tow, only to be turned away from the hotel where they’ve been staying. A matter, apparently, of unpaid bills.

Ironically, the one thing Judy still has is the ability to pay the bills. Her voice remains incandescent and unforgettable, even as she becomes more unmoored. A booking at a London nightclub called “The Talk of the Town” is arranged.

Initially a huge hit, Judy starts falling back into bad habits. Fueled by pills, liquor and loneliness (despite Husband #5, Mickey Deans), she forgets songs, falls down on stage, fails to handle hecklers and, of course, shows up later and later.

In its way, “Judy” is the story of a genius in free fall. However, though it clearly intends to be a warts-and-all portrait, the picture doesn’t always have the guts to follow her into the particular yellow-brick-paved hell Garland created for herself.  Yes, we see her desperate and out of control. But at heart, the movie is as over the moon about Garland as her most fervent fans (embodied by a friendly gay couple who, in a rather sweet scene, end up taking her home for a late-night supper). Its protagonist is always on the edge, but edginess is one thing  “Judy” sorely lacks. 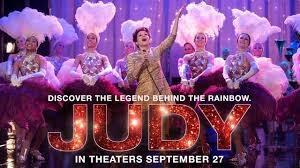 Meaning: overall, it’s an unexpectedly safe film. Still, you should see it for no other reason than Zellweger’s powerhouse performance. Her Judy is like a twitchy, exposed nerve. Yet, she can pull herself together and deliver a smashing concert or a great one-liner. When lounge-lizard Deans first approaches her at a party, his come-on is something along the lines of “We can’t have the world’s greatest entertainer without a drink.”

To which she replies, with perfect timing, “Frank Sinatra’s here?”

Zellweger, who won an Oscar for her bold portrayal of a straight-shooting hillbilly in “Cold Mountain” and will forever be remembered for her “Jerry Maguire” line – “You had me at hello” – has been off screen for several years. Partly, it’s said, was personal choice, but there’s also the unavoidable matter of the appalling paucity of female roles for actors over 45 (Zellweger is 50).

“Judy” is Oscar-bait, pure and simple, which is fine by me. Her work transcends the weaknesses of her movie. And star vehicles, after all, are as much of a time-honored Hollywood tradition as stars flaming out too much too soon.