Protestor in front of the CNN Center.  Credit: Kelly Jordan

Georgia officials, like those in other states, are pointing to outside agitators in the protests and mayhem touched off nationwide after the death of George Floyd in Minneapolis police custody.

But in Atlanta, nearly 90 percent of arrestees are from Georgia.

Georgia Bureau of Investigation Director Vic Reynolds said Tuesday that there are people in Georgia involved in mayhem who are known to be members of “certain” organizations.

“We are convinced that based on the information, intelligence we have, there are individuals here from various groups around the country, a lot of which are bent primarily on destruction and violence,” Reynolds said at a press conference. He said that information comes from social media and from boots on the ground.

Reynolds stood next to Gov. Brian Kemp, who’d just given remarks praising peaceful protesters and condemning violence and destruction. Kemp said he’d wanted to mention something about organized groups in his speech, but couldn’t get the green light to do so. 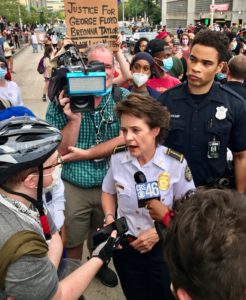 “I think this is political interference in many ways, I think this is disruption,” Bottoms said. “We’ve seen this, before we saw it in 2016. There were attempts to disrupt racial issues in America.”

Shields said it was clear there were non-Atlantans involved in the Friday violence.

“They were lost when they were in the protests, they didn’t know how to march to the state Capitol. That’s a clue,” Shields said.

The usual protest leaders, she said, didn’t know these people. And Friday night was “markedly different,” she said.

“They were not fighting for anyone’s civil rights, they were here to destroy Atlanta,” Shields said.

Atlanta police say they made 425 arrests related to protests or mayhem from Friday through Monday.

About half of those gave a Fulton or DeKalb home address. A total 51 people gave an out-of-state address.

And about half the total arrestees were booked on a single charge of breaking curfew. The majority of the rest were for disorderly conduct, blocking a public way or pedestrian in the roadway.

But on Saturday, an ATV rider crashed it into an Atlanta police officer and is facing charges including DUI, and serious injury by vehicle. The officer is in the Grady ICU.

And six Atlanta officers have been charged with with criminal charges, accused of using excessive force on two college students Saturday evening.

(SaportaReport has removed the first names and street addresses from this spreadsheet because this personally identifiable information is not a service to our readers.) 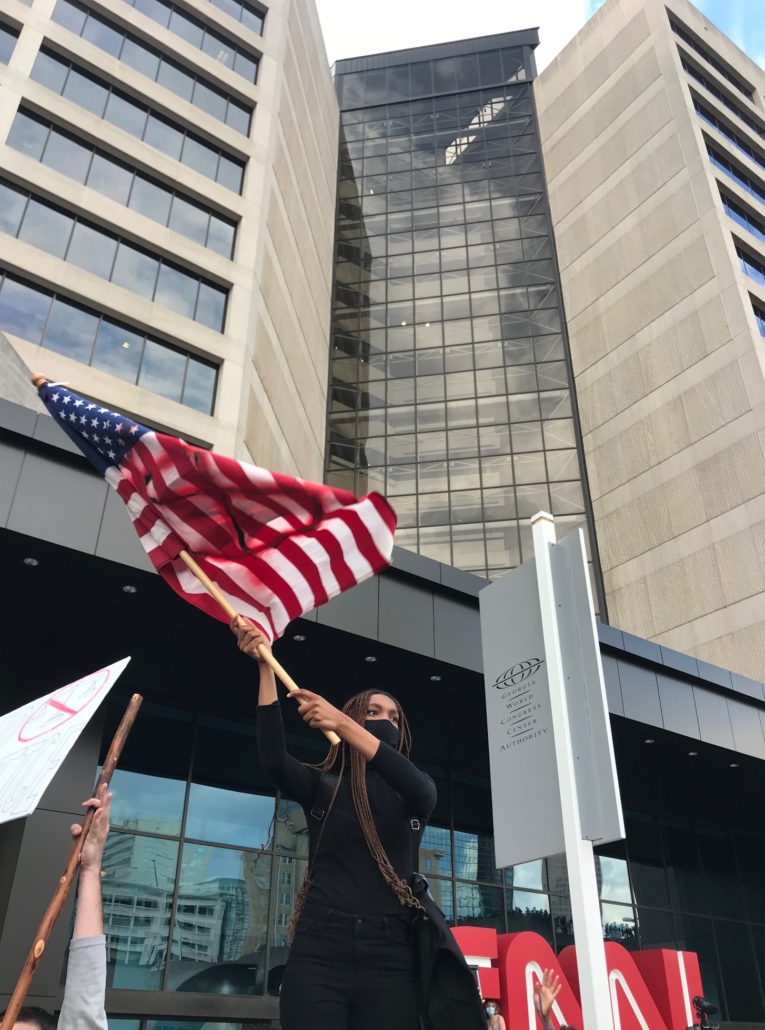