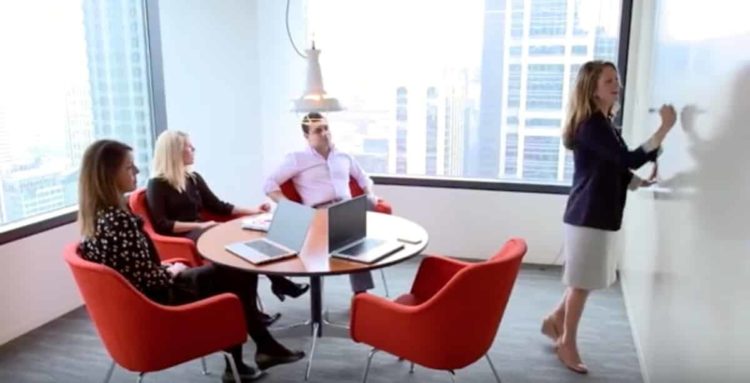 Bright colors, light and write walls instead of drywalls are becoming the norm at law firms seeking to hire and retain young lawyers. Credit: cbre.com

Lawyers have been the butt of jokes since Shakespeare suggested killing them all. One modern-day jab at young lawyers is an affront to ego – their office might not have a window because they now sit where secretaries once worked. 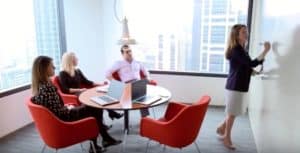 Bright colors, light and write walls instead of drywalls are becoming the norm at law firms seeking to hire and retain young lawyers. Credit: cbre.com

Law firms aren’t they only companies adapting the architecture of their office floor plans to meet rapid changes in their business models. Law offices are somewhat unique in that they are occupied by people whose job is to look to the past in an effort to create order in the present and future. Tradition runs deep.

Law firms also happen to be the specialty of Chris Murray, a senior managing director with CBRE. He’s focused on law firms for much of his 36 years in real estate. Murray was in Atlanta earlier this month to make a presentation.

Atlanta’s legal community is similar to other cities, Murray said. Many firms are clustered in the urban core. Many young attorneys are attracted to firms located within walking distance from a home. 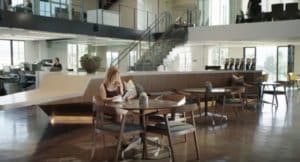 These Gen X’ers and Millennials are responsible for some of the changes in the floor layout of law firms.

“Now we have ‘teaming rooms’,” Murray said. “Young attorneys are mobile. They pick up their laptop and go to the teaming room.

“We also have the ‘gathering area’,” Murray said. “It’s a lunchroom, more like a coffee shop. Young lawyers leave their office space to go somewhere else. Generally they want it to look like a coffee shop. It needs to be on the window, with a very different flooring, very diverse seating – high tables, low tables, club chairs. When we go back and check, it’s been very, very popular. Some firms do put in food service.”

Maybe it’s to be expected that young lawyers look for another perch if their offices don’t have a window view. Maybe something sticks in their craw when they see a baby-boomer partner in a larger office gazing out the window. 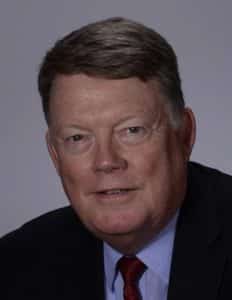 “Lawyers are still predominately on the window,” Murray said. “The main challenge for law firms, particularly in older buildings, is that all the things that used to fill up the middle of the floor are disappearing.

The secretarial pool is disappearing. In bygone times, each lawyer typically was paired with one secretary. The ratio now is more like 10 to 12 lawyers for each secretary, Murray said.

“A firm in London has no file cabinets, no case rooms,” Murray said. “They’re one of the top firms in the world. We find that is the extreme.”

Not to mention law libraries.

“The library used to be the heart of the firm,” Murray said. “There is no library anymore. A lot of boomers resent that, but online research is so common that libraries are going away.” 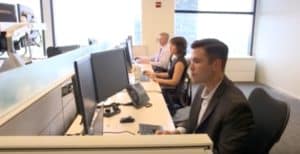 Young attorneys are inclined to prefer communal work spaces for many tasks, as opposed to their own office with their name on the door, according to CBRE. credit: cbre.com

As these components get eliminated, it’s harder to fill what Murray called, “the middle of the floor.” The formula used to be for the lawyer’s office to measure 15 feet from window to door. Next was a 5-foot corridor. Then came a 10-foot-deep area for secretarial space. Finally, there was a file room 10 to 20 feet deep. This need for up to 50 feet of space from the window may be reduced to 30 feet – and that is shrinking as the secretarial pool shrinks.

“The question,” Murray said, “is how to you refurbish the space to do something else?”

One obvious use for this area is office space for young attorneys. 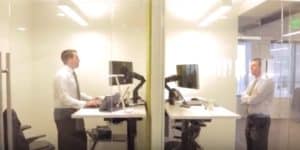 Glass walls are becoming standard office fare for young attorneys, who no longer are virtually guaranteed an office with a window. Credit: cbre.com

A desk with a view seems the least a young associate could expect after grinding through law school and taking on enormous debt.

A window view might help alleviate the heartburn that can come with the $84,000 loan that the average graduate took while attending a public law school. That figure frequently tops $150,000 once accrued interest is added, according to a report that cited figures from the American Bar Association.

Still, the median salary was $135,000 a year for a first year associate, as of April 2015, at firms of all sizes, according to a report by the National Association for Law Placement, Inc. That may explain the overall steady increase in law school enrollment the ABA recorded over the past two decades – from 133,783 students in 1992 to 150,113 students in 2012.

Incidentally, Shakespeare may not have been the first to make a lawyer joke. But the line from Henry VI may be the foremost: “The first thing we do, let’s kill all the lawyers.”

Previous Article
For sale, the State of Georgia
Next Article
‘Their Finest’ – Simply put, it all works