As key Atlanta business and civic leaders continue to forge a multi-faceted relationship with the Nobel Peace Laureates, a complementary effort is underway to make the Atlanta region a hub for peace education and research.

The Atlanta Peace Education Initiative already has garnered the support of 10 universities, five of which are public institutions and five which are private. It is being built on the foundation of the Atlanta Global Studies Center, co-hosted by Georgia Tech and Georgia State University. 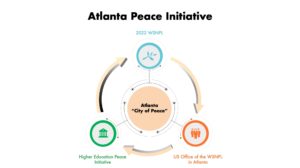 Although the effort is just getting off the ground, the possibilities are limitless – especially as the Atlanta region seeks to create an “ecosystem” to support global peace.

“The goal is to evolve and become the only research university in the world that focuses on the study of peace,” said Bob Hope, CEO of the Atlanta Peace Initiative, which is working to bring the World Summit of Nobel Peace Laureates to Atlanta in 2022 and on a regular alternating basis for years to come.

Another key part of the eco-system will be housing the North American headquarters for the Secretariat of Nobel Peace Laureates in Atlanta, which is expected to open by the end of 2021. 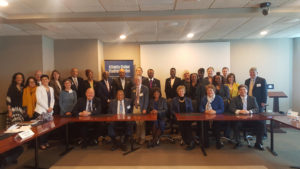 So far, the Peace Education Initiative has captured the imagination of dozens of people throughout metro Atlanta’s institutions of higher learning. At a large, in-person meeting in February at Georgia Tech, representatives from the 10 universities unanimously endorsed the concept of an multi-disciplinary and multi-institutional peace education institute.

“We are right at the starting point,” said Anna Stenport, co-director of the Atlanta Global Studies Center, which is coordinating the education efforts for the Atlanta Peace Initiative. “We are laying the foundation and dreaming big.”

Stenport, who is based at Georgia Tech, said top leaders of the 10 institutions are supporting the concept, including Georgia Tech President Angel Cabrera.

“Georgia Tech is proud to participate in the Peace Education collaborations among colleges, universities, industry and the public to advance the greater Atlanta region as a hub for innovative and interdisciplinary peace education, research and community engagement,” Cabrera said in a statement. “This supports a U.N. Sustainable Development Goal on peace, justice and strong institutions. Already in its foundational stages, the efforts promise to provide lasting value to the city and the state.” 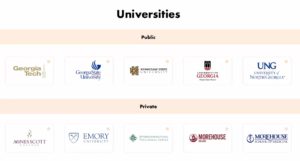 The first step was to do an audit and map the existing assets already in place within those universities. Consultant Kathleen Kurre of Fusion Advisors spent three months identifying existing academic programs at those 10 institutions.

Viewing the concept of peace through a wide lens, Kurre discovered there were already 1,165 peace studies in place among the universities.

As defined by the leaders, peace is not just the absence of violence and war. Lasting peace seeks to understand the causes of violence and then work on solutions to promote health, access to food, water, education, justice, a clean environment and as well as greater income equality.

“Peace is hard to define,” Hope said. “If you’re starving to death, peace is a loaf of bread.” 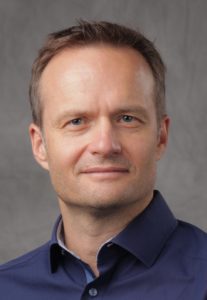 Kurre said what she uncovered was “really stunningly beautiful and profound” given the “incredible assets” already in place for a new era of peace studies in the Atlanta region.

“There’s a doorway and a path to peace for all of us,” Kurre said. “None of us could do this alone.”

Everyone mentioned that in addition to the universities, Atlanta has countless assets that would be support a peace education ecosystem, such as the Carter Center, the National Center for Civil and Human Rights, the King Center, the World Affairs Council of Atlanta, to name a few.

As the relationship with the Nobel Peace Laureates solidifies, local leaders hope that Atlanta will become known globally as a city of peace. An Atlanta-based Peace Institute would further magnify that brand.

Gundolf Graml, associate vice president of global learning and leadership development at Agnes Scott College, said the effort could turn Atlanta into a “peace think tank” that could leverage the wisdom of the Nobel Peace Laureates.

“It’s a really powerful idea with a lot of potential to bring together the wider Atlanta community as well as the academic community and higher education institutions,” said Graml, who added “there’s a lot of energy” around the idea to create an entity that is greater than the sum of its parts. 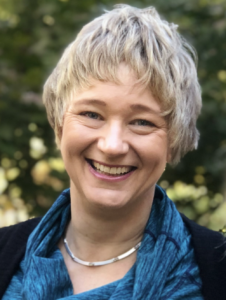 “It’s a matter of time for all of these different players to come together,” he said. “This initiative will not just create something new. It will help bring together the many institutions to support a larger global perspective with local connections.”

Sam Konigsberg, a board member of the Atlanta Peace Initiative, said the next phase will be to put together a steering committee to come up with a blueprint over the next 12 months.

He estimated it will cost about $3 million to put together a model and to launch pilot projects in the spring of 2022. It is premature to define the ultimate outcome of the peace education initiative.

“You can’t just wake up and have a peace university,” Hope said. “We may start out with a peace institute where students will receive a certificate. Then it could evolve into Atlanta having the only research university in the world that is focused on peace. We are on a journey.” 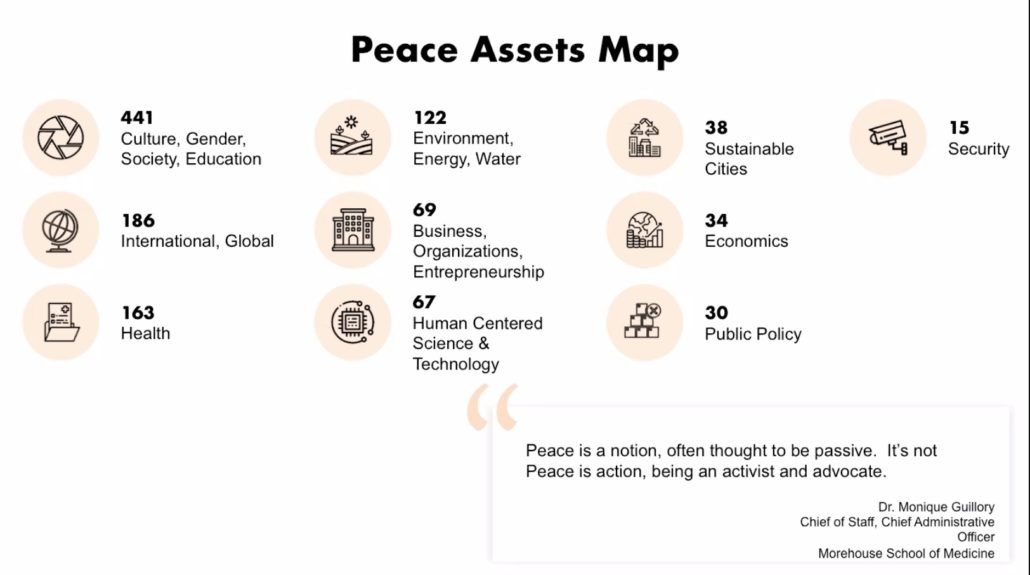 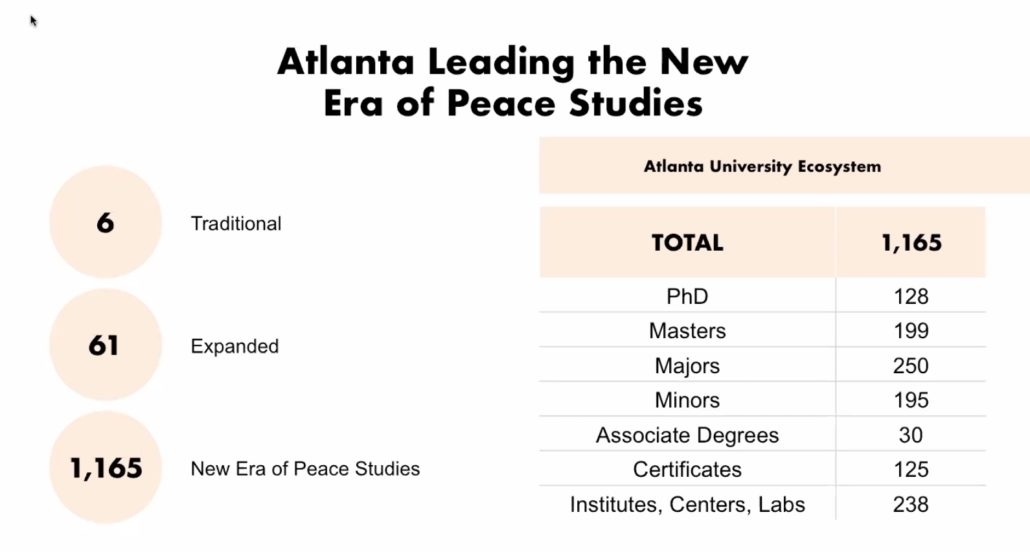