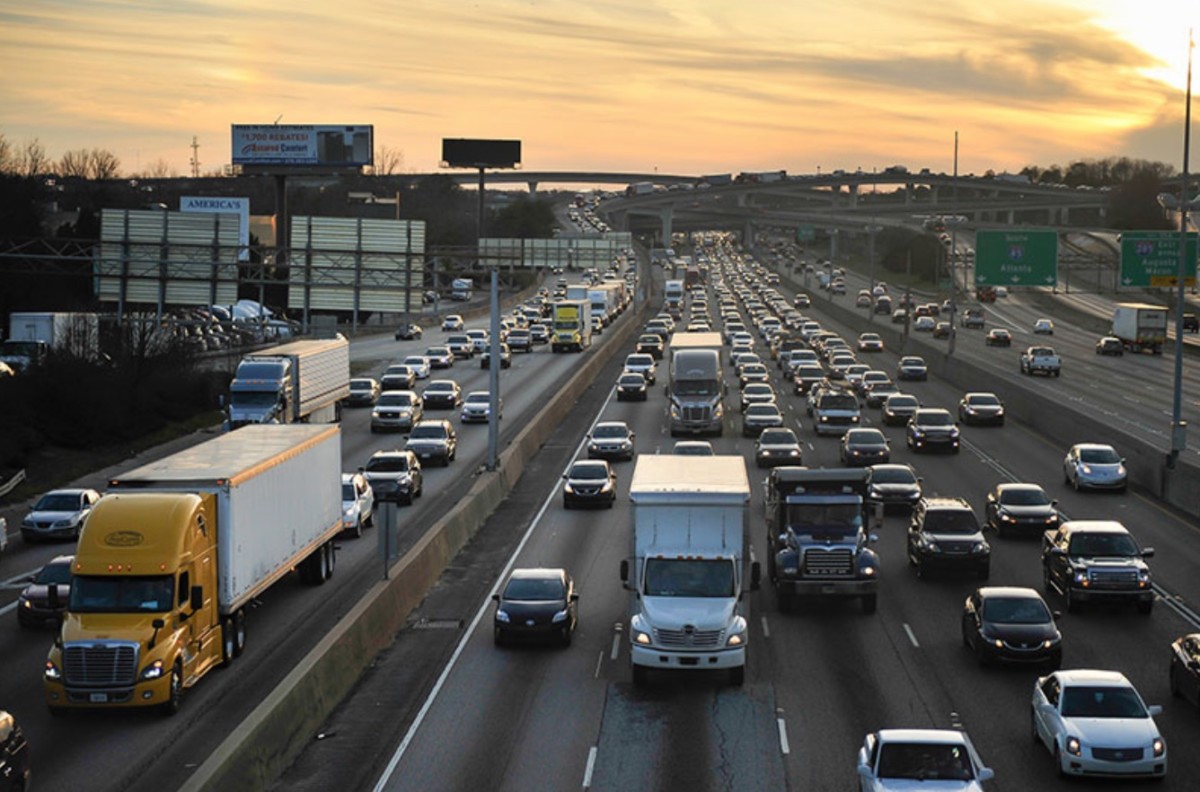 Providing incentives to trucking companies to stay off metro Atlanta freeways from 5 a.m. to 10 p.m. could ease congestion, including at the intersection of I-285 and I-85, reported as the worst traffic bottleneck in the nation in 2017 by the American Transportation Research Institute. Credit: trucks.com
Share197
Tweet
Share
Pin
Pocket
WhatsApp
Buffer7
Email
Reddit
204 Shares

For anyone who lives in metro Atlanta, there isn’t a day that goes by that their greatest nemesis – traffic congestion – isn’t a topic of conversation. 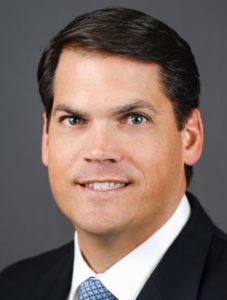 For far too many of us, just figuring out how we get from Point A to Point B has become the greatest challenge of living and working in this region. INRIX, the transportation analytics firm, ranked Atlanta’s congestion the fourth worst in the nation last year and eighth worst in the world.

With the region expected to grow to 7.9 million residents by 2040, Atlanta – and Georgia – residents are demanding solutions to our escalating traffic crisis. With that type of growth, it’s time to admit to an uncomfortable reality; We cannot build our way out of congestion. We cannot levy enough taxpayer money to build enough trains, buses, highways and neighborhood streets to accommodate the influx of new residents.

Instead we have to set new goals that are centered around “mobility,” not just infrastructure.

Instead, we must embrace technology and other cost-effective ideas when it comes to addressing 21st Century traffic congestion.

For example, the region could: 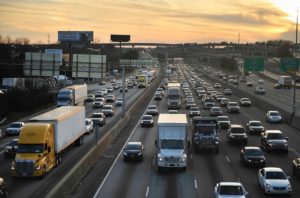 Atlanta commuters want innovative and cost-effective solutions to keep mobility from getting worse. If we want to change our reputation as having some of the worst traffic congestion in the world, it’s time to start doing what no other city has ever done. We need to demonstrate that we are a city that is embracing technology to help address its congestion problems – not just 19th century transportation investments. Think bold. Look forward and not backward, and the solutions are at are fingertips.

Note to readers: Geoff Duncan is a former Florida Marlins AAA baseball player and small business owner who represented a portion of Forsyth County in the state House of Representatives for five years. Duncan stepped down from the House to campaign for lieutenant governor and is in the July 24 runoff election with Sen. David Shafer (R-Duluth).