‘The Light Between the Oceans’ starts slowly, fizzles out 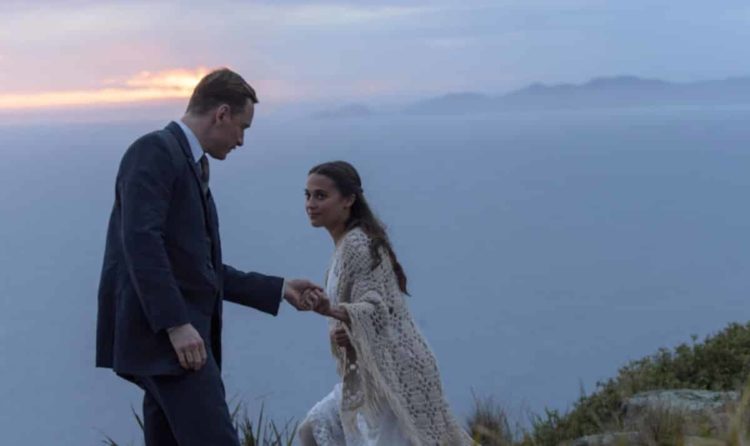 In 'Light Between the Oceans,' Alicia Vikander and Michael Fassbender are unable to transcend their off-screen relation to the passionate one their characters are supposed to share. Credit: rogerebert.com

Something just isn’t right with “The Light Between the Oceans.” But just what, exactly, that something is isn’t easy to define.

Based on a 2012 book by Australian author, M.L. Stedman, the movie takes place shortly after World War I. Tom Sherbourne (Michael Fassbender) has come back with his body intact – many vets, the film reminds us, did not. But his head is, well, let’s say that something in him is broken to the point where a job tending a lighthouse on a lonely, storm-tossed island off the coast of Australia sounds like a good idea. 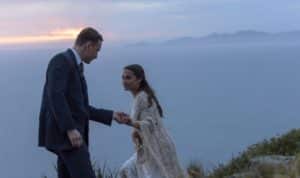 In ‘Light Between the Oceans,’ Alicia Vikander and Michael Fassbender are unable to transcend their off-screen relation to the passionate one their characters are supposed to share. Credit: rogerebert.com

To make sure he understands what he’s getting into, his potential employers are up front during the interview. Sherbourne’s predecessor has been sent away to “rest.” He had insisted his wife was waving down ships, i.e. endangering them. That, it turns out, wasn’t the problem; the problem was that the man’s wife had been dead for two years (It’s a little reminiscent of Jack Nicholson’s job interview in “The Shining.”)

But Tom says he’s “just looking to get away from things for a while” and, for a while, he does. Janus Island may be barren and windswept, but there’s a certain beauty in its flinty landscape and the panoramic ocean views are breathtaking (kudos to cinematographer Adam Arkapaw).

Then, on one of his infrequent trips to the mainland, Tom meets and falls for the vivacious Isabel (Alicia Vikander).  They marry and head back to their isolated home where, if all goes well, they will have a child and become a real family.

Instead, Isabel suffers two miscarriages. But just a few days after their second loss, a gift from the sea arrives. A rowboat washes ashore. Inside are a dead man and a very-much-alive infant. Isabel begs that they keep the little girl and raise her as their own.  Against his better judgment, Tom agrees.

This happens about a half hour into the picture and that’s a problem. First, the movie’s trailer begins with the recovery of the baby, so the element of surprise is gone.  Granted, that’s probably out of director Derek Cianfrance’s hands. Nonetheless, it weakens the movie. 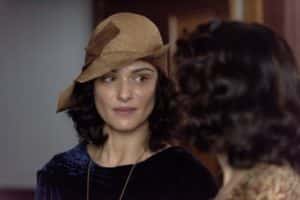 Oscar winner Rachel Weisz provides a character to watch as attention wanders from the static moral quandary that’s the heart of, ‘Light Between the Oceans.’ Credit: adventuresbydaddy.com

More crucially – and this is under Cianfrance’s control – that half hour is supposed to draw us into these characters, into their relationship and into their unusual isolation. Alas, they remain lovely-looking ciphers. When things become even more complicated – the ever-wonderful Rachel Weisz plays a part in this – we have little sense of what’s at stake between these two. The evolving moral quandary that is the film’s essence remains emotionally static.

And speaking of stagnant…. We are to believe that Tom and Isabel are mad about each other. As it turns out, in real life, Fassbender and Vikander are. (They’ve been a buzz-worthy couple).  Yet there’s so little on-screen chemistry that our attentions wander to the other actors: the aforementioned Weisz and a pair of Aussie treasures, veteran performers Jack Thompson and Bryan Brown.

Maybe there’s too much story to be encompassed by a movie (even one that’s two hours-plus). Or maybe Cianfrance, like the ‘70s Terrence Malick, got carried away with the “where” to the detriment of the “who.” (It can be done successfully: check out Malick’s 1978 masterpiece “Days of Heaven.”)

But “The Light Between the Oceans” is no masterpiece. It doesn’t even make it to “pretty good.” For a picture with the word “Light” in its title, this one is awfully murky.