“The Lobster” is delicious; see it before it’s gone 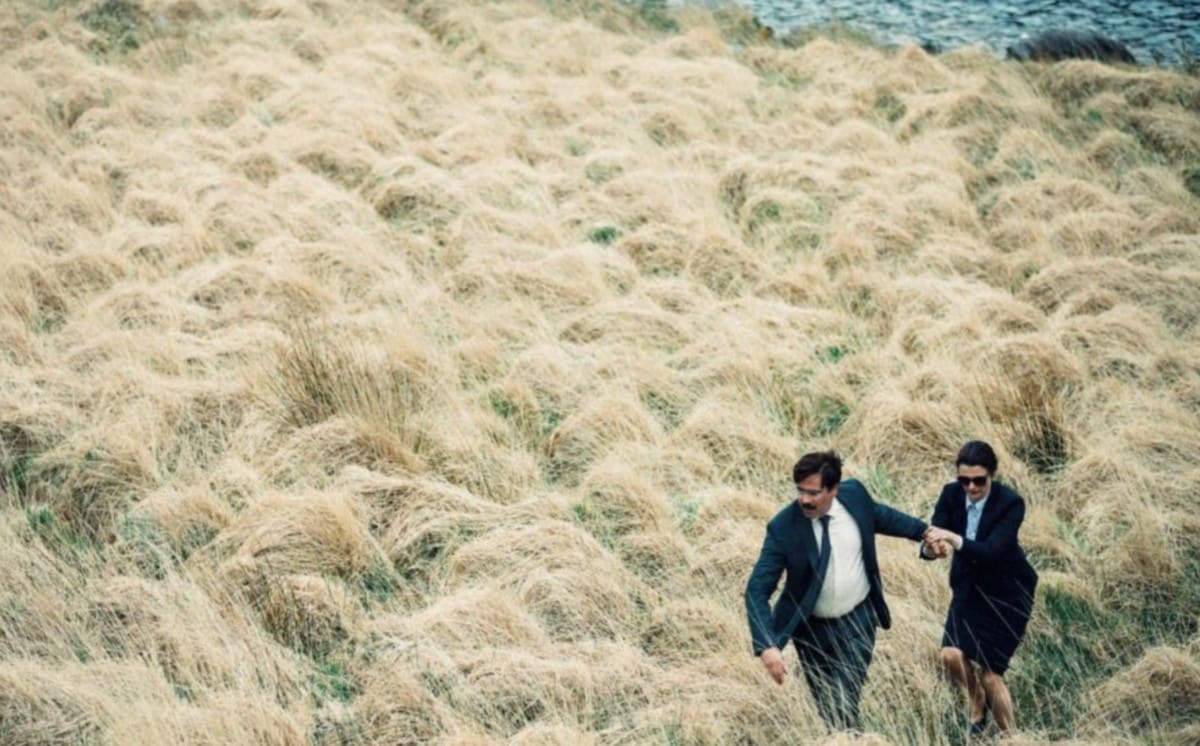 Chilly, perverse and pitch-black absurd, “The Lobster” is unlike any movie you’ve ever seen.

There is, perhaps, a soupcon of David Lynch. A smidgeon of David Cronenberg.  The little-seen and absolutely mind-blowing “Holy Motors” comes to mind, as does the obscure but better known, “City of the Lost Children.” 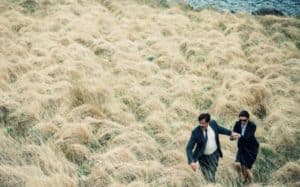 Colin Farrell earns a long shot at an Oscar and Rachel Weisz is brilliant in “The Lobster.” Credit: easyreadernews.com

But “The Lobster” is very much its own thing. And what a peculiar, exhilarating thing it is. How often do you come across a movie that, as you watch it, makes you constantly ask yourself, OMG, how did they ever think of that?

The picture takes place in a near future where it is mandated that adults live as couples. It is also necessary that you have something in common – like, oh, nose bleeds or near-sightedness. Should you fail to find a suitable partner on your own, you are shipped off to a remote hotel where you have 45 days to find a match. If you don’t, you will be turned into an animal. The animal of your choice, of course. These people aren’t cruel; they just want to make your life better.

David (Colin Farrell) is one such singleton (His brother Bob, recently turned into a border collie, lives with him, but doesn’t count as part of a pair). David’s animal of choice, should he fail to couple up, is a lobster (hence the title).  He figures they live a long time, remain fertile and, well, he’s always liked water.

The place he’s sent is like a Club Med gone mad. Everyone dresses in identical clothes – print dresses for women, oxford-cloth shirts and blue blazers for men. At breakfast, everyone sits at a table for one. At night, there are dances or little sketches by the hotel staff to reinforce the notion that two are better than one.  A man dining alone is in danger of choking to death. With a female companion, he doesn’t. A woman walking alone is in danger of being raped. With a male companion, she isn’t.

All this is played completely straight. The sketches are intended to be helpful.  The audience is supposed to learn something important. The movie is ingeniously fashioned by this sort of deadly deadpan.

Meanwhile, in the nearby woods, live a group of loners who’ve somehow managed to escape – though they live in constant fear of being hunted down and captured by the hotel residents. Every “catch” earns you an extra day to find that special person.

Interestingly – inevitably? – the loners have their own strict rules. No coupling is allowed, not even a mild flirtation, and they make periodic raids during which they uncouple couples. In fact, they’re a bit like a slightly deranged Underground Resistance, which makes a grotesque kind of sense, given that the hotel is run with the same cool efficiency and attention to detail as Auschwitz or Dachau.

And yet, most of this is funny. Hilarious. I’m not kidding. And then, just when you think you may be, well, at least on level ground with it, “The Lobster” will take another turn and you have no other recourse but to shake your head – and try to catch up. Larkish can turn lethal on a dime.

Greek director Yorgos Lanthimos is an absolute original, with a genius for outrageous social observations and dystopian deconstruction. A 50-ish woman on her own at a mall is accosted by a security guard and grilled: Where is her husband??? (Fortunately, she has one who shows up before she’s dragged off to who-knows-where).

Similarly, the woods near the resort are full of peacocks and camels and flamingos – a sinister reminder of the singletons who didn’t make it.

And the advice the hotel staff gives someone on their last pre-transformation night? Try to do something you can’t do as an animal.  Maybe read a good book.

The cast is effortlessly, peerlessly on the filmmaker’s wavelength. Ben Whishaw plays a guy whose father left his mother for a woman who was better at math (??). So his abandoned mom became a wolf. When he tried to find her, he was attacked by a pack of wolves who, apparently, didn’t include his mother.

John C. Reilly is his usual reliable self as a loser whose pronounced lisp makes him all too animal-ready.  And Rachel Weisz is simply brilliant as one of the loners, totally buying into their insanity, yet somehow open to another way.

Farrell, whose career has been uneven, to say the least, does a kind of Russell Crowe in “The Insider.” His David is bespectacled and doughy – a soft man with a soft heart and totally unsuited for this new totalitarian society.  If the movie garners any sort of respectable box office – and I’m hard-pressed to say that it could – Farrell just might be a long shot for an Oscar nomination.

But movies like this generally don’t escape cult status. And they don’t usually stay in theaters very long.  That’s why I’m giving you an advance heads-up. Surreal and sure-footed, “The Lobster” opens here Friday. Try it. I dare you.

Previous Article
Coca-Cola by Kelly Jordan
Next Article
Look! Up in the sky…