The Atlanta Hawks may be for sale, but it’s premature to say that current Atlanta owners won’t continue to have a stake the team.

One of the Atlanta owners, Rutherford Seydel, said in a telephone interview Friday afternoon that the local group continues to be interested in being part of a future ownership team.

“We are interested in retaining an ownership position in the Hawks and partnering with a new leadership team that will take us to a new level with the Hawks,” Seydel said. 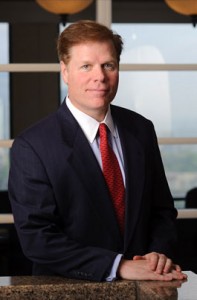 The majority of the team – 50.1 percent – is owned by a Washington, D.C. group led by Bruce Levenson. After a 2012 racially-inappropriate email was released earlier last year, Levenson and his partners agreed to sell their share.

The remaining 17.6 percent of the team is owned by a New York partnership group that is led by Steven Price.

The ajc.com website sent out a “breaking news” alert Friday saying that 100 percent of the franchise was for sale and that an agreement had been reached between all three ownership groups, according “to a person familiar with the situation.”

“We look forward to being part of a new group that’s going to take us to a new level,” said Seydel, who said the focus should be on how well the Atlanta Hawks have been performing all season as well as during the past seven to eight years when they have consistently made it to the playoffs.

Gearon Jr. was out of town and could not be reached.

Gearon Sr., who was out of the country, was contacted by phone, but said it was premature to make a comment.

“The team deserves the focus because of how well it is doing and how well it is performing,” said Seydel, who added that the Atlanta Hawks have consistently made it into the play-offs in the last seven to eight years despite rocky management and ownership issues.

“By anybody’s measure, the team has gotten better,” Seydel said. “The team is headed in the right direction – I don’t think anybody would argue with that. But we want to get to the next level. We want to partner with like-minded people.”

The investment banking firm of Goldman Sachs – working with Inner Circle Sports – has been retained to help with selling the team and meeting with prospective buyers. It has been estimated that the team could be sold from $600 million to $1 billion.

Seydel said he is looking forward to the ownership questions be resolved in a constructive way in the near future.

“In fairness to how hard the team has worked, they deserve being in the spotlight,” Seydel said. “All of this stuff really is a side show.”