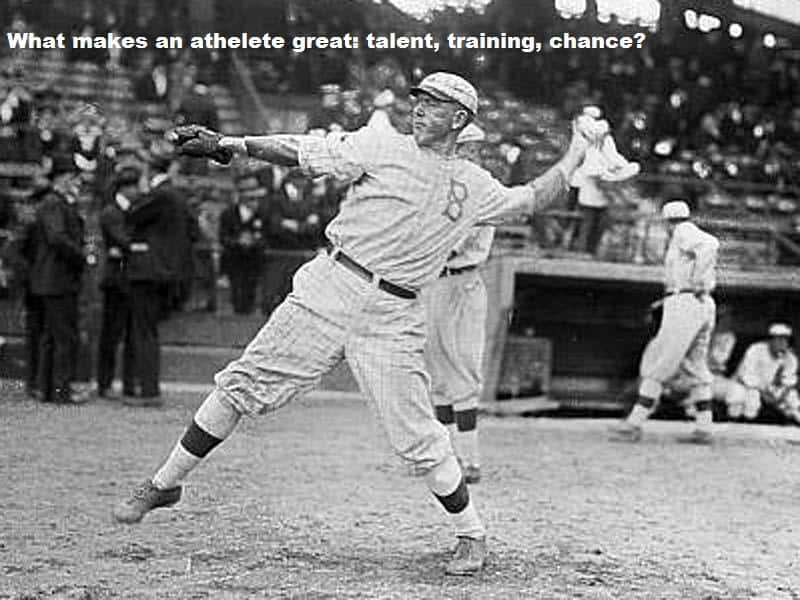 This week, ALLISON HUTTON, program coordinator at Georgia Humanities, examines the stories of Georgia athletes as she ponders what makes an athlete great. This is part six in a series of sports stories in association with Hometown Teams: How Sports Shape America, a traveling Smithsonian exhibition sponsored by Georgia Humanities.

Last summer’s Olympic Games in Rio de Janeiro captured the public’s attention and imagination with stories like those of the U.S. women’s gymnastics team, the “final five,” who easily clinched the all-around gold medal. Gymnastics is a sport dominated by the young, which makes the years of intense training required to reach the sport’s upper echelon all the more remarkable. The countless hours spent learning and practicing have something to do with Olympic achievement, but athletes’ stories often reveal a moment early in an athlete’s career when he or she is at the right place at the right time and a coach or expert identifies an innate talent. A child prodigy is born.

Amateur golfer Bobby Jones was such a one. Born in 1902 in Atlanta, Jones was a sickly child. Golf, in fact, was suggested by young Bobby’s doctor as a way to strengthen the lad who was too ill to eat solid food until the age of five. Could anyone have guessed that a regular diet of fresh air and exercise was not only exactly what the doctor ordered, but that it would be the making of one of Georgia’s greatest athletes? 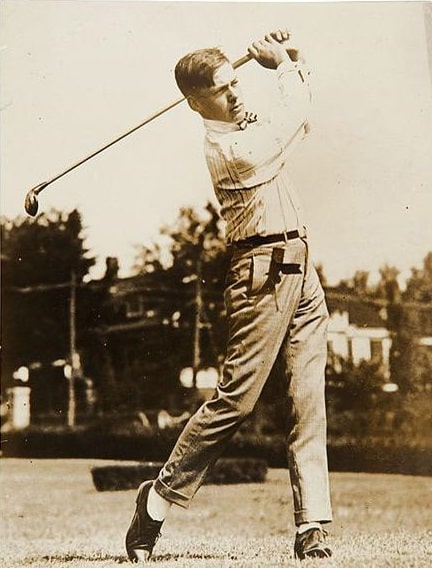 To be sure, practice counted for something; Jones spent every summer on the golf course at DeKalb County’s East Lake Country Club, where he learned by observing and mimicking the club’s golf pro. Dramatic improvements followed. At the age of 14, Jones entered a national competition for amateurs. He didn’t win, but it was at this tournament, the U.S. Amateur, that Jones was first widely recognized as a prodigy.

After a dry spell that lasted through his late teens and into his early twenties, Jones emerged as the golfer for both amateurs, like himself, and professionals to beat. He took his first major title at the U.S. Open in 1923, and went on to win the event three more times. Jones was the event’s runner-up four times during the 1920s, before retiring in 1930 after mounting his greatest achievement, winning golf’s “grand slam.”

If Jones had been born healthy, would he have been too occupied with other pursuits to develop his swing? If he hadn’t had regular access to East Lake Country Club, would he have become the world’s greatest amateur golfer? We may never know.

This question, however, of how sports’ greats become so is applicable across a range of Georgia’s athletes.

This summer, for example, we shared the story of gold medal high jumper Mildred McDaniel, whose physical education teacher, Marian Armstrong-Perkins, offered a pair of shoes and a place on the basketball team to any young woman who could make 10 consecutive free throws. McDaniel, who had previously had no interest in sports, won the shoes and a place on the team; Armstrong-Perkins coached her all the way to Olympic victory. 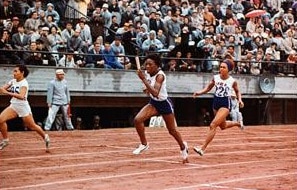 Had Olympic sprinter Wyomia Tyus’s father not intervened, the United States might not have been able to take home consecutive gold medals in the 100-meter dash in 1964 and 1968. Her mother considered sports unladylike, but Willie Tyus encouraged his daughter’s interest first in basketball, then in high jumping, and finally running, for which Wyomia had a natural talent. High school successes on the track earned Tyus a scholarship to Tennessee State University; from there, it was a short jump to the Olympics. 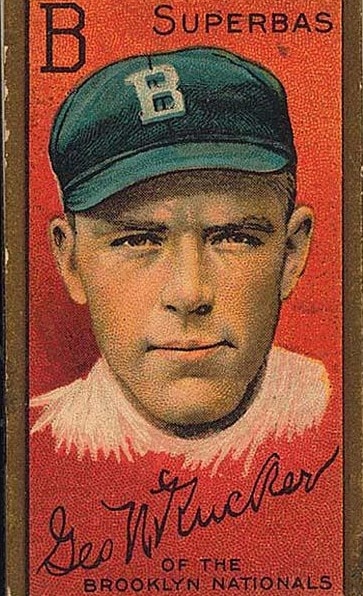 Nap Rucker got a late start, but became one of the best left-handed pitchers of his generation. Courtesy of the Library of Congress, Prints and Photographs Division

Unlike Bobby Jones, Mildred McDaniel, and Wyomia Tyus, Nap Rucker had no early start or success in sports. There was no college career for Rucker, either. He made no leap from high school to the world of professional athletics, as LeBron James did in the early years of this century. He didn’t even finish high school. Rucker was a high school dropout who became a printer’s apprentice.

It was as a printer’s apprentice that Rucker first became interested in baseball. Asked to set the type for a headline reading “$10,000 for pitching a baseball,” Rucker decided that a career in baseball sounded promising. The rest is history.

As the stories of these Georgia athletes demonstrate, there is no set path to athletic greatness — only some mysterious combination of talent, training, and chance.

You can experience Hometown Teams: How Sports Shape America, a traveling Smithsonian exhibition sponsored by Georgia Humanities, at the Jefferson High School Arena in Jefferson January 14 through February 25.