Making parking scarce and expensive is the best way to encourage people to walk, take transit and ride bicycles

As I talk to Atlantans about transit, walkability, and parking – especially parking – I am often confronted with what I have come to call the “Tipping Point Theory of Transit.”

The theory, often summarized with a simple “We’re not there yet”, goes like this:

MARTA is a bare bones system that doesn’t go anywhere, and where it does go, it goes slowly. If we keep building the BeltLine, expanding the Streetcar, and growing MARTA, one day there will come a Tipping Point, when people will begin abandoning their cars for our finally completed system. Until we get there, however, we need to recognize reality and continue to build for cars, especially via parking.

It’s a great theory, and even better politics. We can support transit while pushing the difficult decisions off to the future. Unfortunately, it’s not true. As long as we keep building our city for cars, no matter how much transit or BeltLine we overlay on the city, we will continue to drive for the vast majority of trips. 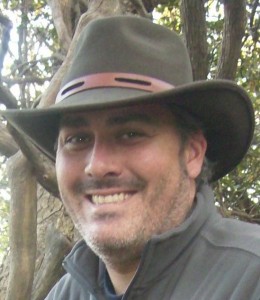 At some point we will need to choose to make driving more costly. The easiest and most efficient way to do so, with the most benefits, is to dramatically reduce the amount of parking while increasing its cost.

The biggest mistake in the “Tipping Point Theory” is that the key to getting people out of their cars is to make riding transit easier. Easier than what, though? To be appealing to most “choice riders” – those who have access to a car – transit or walking do not need to be easier than they currently are; they need to be easier than driving a car.

Even in cities with extensive transit systems, getting around by transit will not get you around faster than a car.

When you can step outside, hop in your car, drive, park for free, and be at your destination, which would most people choose?

It’s no surprise that in a comprehensive study of light rail systems built over the last 30 years, the number one factor correlating with reduced ridership was the availability of cheap or free parking along the route. Why ride when it’s easier to drive?

Conversely, we know that as the cost of driving becomes more expensive, more people will switch to transit. An excellent example can be seen at every home game of the Atlanta Braves as thousands of people take MARTA to the GSU station and then walk the mile to the stadium in the summer heat.

Did MARTA suddenly become better? Did walking become easier? No. The cost of driving through traffic congestion and parking costs soared dramatically, and people changed their mind accordingly.

On a larger scale, when gas prices rise, MARTA ridership increases, by as much as 6 percent. Once gas prices lower, do these additional riders who have used MARTA remain on the system? No. As soon as the cost of driving decreases, most return to their automobiles.

As long as it’s cheaper to drive than to take transit or walk, people will continue to do so. Therein lies the problem with the Tipping Point’s advocacy of continuing to build for cars while we wait for the transit and walking infrastructure to catch up: parking lots and the built environment they create and parking decks will not simply disappear because the BeltLine is completed and transit in the city is expanded.

The same factors that are encouraging us to drive now, mainly the availability of free and cheap parking, will still exist. The parking decks wrapped in apartments that have sprung up along the BeltLine’s Eastside trail will still have direct access parking for residents, the new Kroger on the BeltLine will still have a sea of parking lots in front of it asking people to drive.

The best case scenario is that the next generation of leaders will make the tough decisions and begin dealing with the legacy of parking that we are continuing to leave for them; the worst is that they will be exactly like us and drive for nearly all their trips.

So what can be done?

Quite simply we need to make parking scarcer and more expensive. To begin with, we need to remove surface parking lots as a permitted use. No, this does not mean we send crews out to be begin depaving existing lots. It simply means no new ones can be constructed and existing lots will be phased out as their lifecycle expires. The prohibition against surface parking lots is not as radical as it sounds; the city’s own Comprehensive Development Plan of 2011 recommends it.

Second, remove minimum parking requirements. It makes no sense to recognize the harmful impacts of parking while at the same time requiring their construction. Remember that the original variance requested for the Jeff Fuqua big box store along the BeltLine was for a reduction in the required minimum number of spaces. That property along our investment for a walkable future had parking requirements higher than what a big box would need is absurd. These minimums also impact the ability of smaller stores that may wish to open in mixed use neighborhoods and developments.

Third, increase the price of business fees for park for hire lots in the city. These fees, lower than $3 a space in most cases, allow institutions to bank land for far lower than the cost to the community of having a sea of parking lots.

Increasing the fees would generate revenue which could be used for transit expansion and the redevelopment of the lots, while discouraging the long term holding of land that the current system allows.

Finally, envision parking as serving a district or neighborhood, not individual locations. Parking decks, with active street front use, can effectively serve large areas, accommodating those people that choose to drive, but effectively become ‘car stops’ much as rail has a ‘train stop’, somewhat leveling the playing field between the two.

None of this is to say that automobile use will or should be phased out entirely. Cars will be a fundamental part of our transportation for the foreseeable future. This is not just about raising the price of parking or transferring people from cars to transit. Changing the way we park our cars has additional benefits that are crucial to our becoming a more walkable city.

Parking causes sprawl. The vast amounts of parking required at locations push businesses and other uses further and further apart. Free parking encourages us to drive to the grocery store, and we insist on having ample amounts of parking.

As the amount and size of our parking lots decreases, our businesses can move closer together. A business that couldn’t previously open in a neighborhood as a corner grocery because of required parking minimums could now open to serve walk-up customers.

Parking increases the prices of everything. Donald Shoup’s “The High Cost of Free Parking” is the definitive work on how the cost of parking is transferred to everything we buy from our groceries to our toiletries.

But perhaps most of all, parking dramatically increases the price of housing. The Transit Oriented Development proposed at the King Station will cost approximately $28 million to build. The parking deck will eat up $7.5 million of that. Fully 25 percent of the cost of development is dedicated to parking that must be recouped through rents. This people this hurts the most are those who don’t have cars and actually intend to use transit, because their rents will still be higher. This scenario is repeated across the BeltLine and anywhere medium- to high-density housing is built.

As a city we have committed to building the BeltLine and the Streetcar – a testament to our desire to become a more walkable and transit-oriented city.

But these carrots are not sufficient to change our behavior or, ultimately, to change the shape of our city to become more walkable and transit-oriented.

We can’t wait until these projects are done. Wishful thinking won’t change anything. We need to start now to change our environment and reducing the amount of parking in our city is a good place to begin.