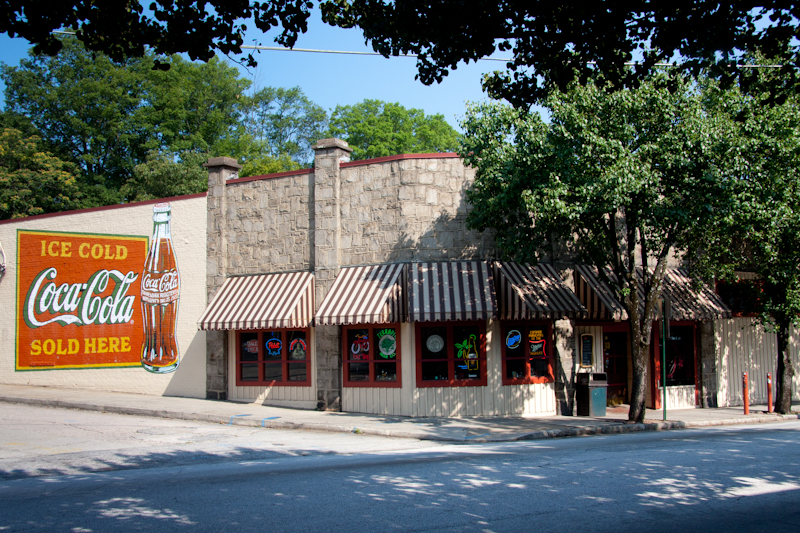 Manuel’s Tavern could be surrounded by an array of homes, shops and offices if the Atlanta City Council approves the first step in a rezoning process that is to get its first hearing Tuesday at the council’s Community Development Committee. 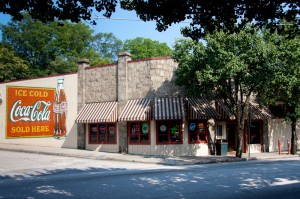 The committee is to consider a proposal that would pave the way for the land beneath the tavern, and its two parking lots, to be rezoned for residential and commercial developments.

This is the first public phase of the redevelopment of the land beneath and around one of Atlanta’s iconic gathering places.

Note the careful language – land beneath and around the tavern. Owner Brian Maloof made the distinction between the tavern and the land in a note he posted on Facebook in February, after news broke that Green Street Properties was buying the tavern’s site and would build a mixed-use development.

Here’s a portion of Maloof’s remarks: 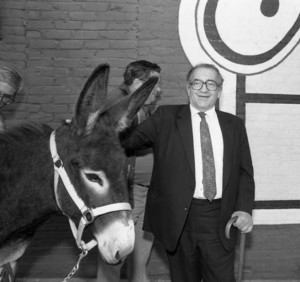 Manuel Maloof, the tavern’s namesake, posed with a donkey outside the tavern to promote his 1987 campaign for reelection as DeKalb County’s CEO. Credit: dlib.gsu.edu

Maloof made the deal with Green Street after two groups of concessionaires he had joined failed to secure a site at Atlanta’s airport when the city put the concessions contracts on the block in 2011.

At that time, Maloof said a location at the airport may provide enough profits to enable the tavern to restore employee benefits and make improvements to the existing tavern – steps the business could not afford at the time.

The first step in the process of rezoning the property is to amend the city’s Comprehensive Development Plan. This is the request the committee is to consider at its meeting Tuesday at Atlanta City Hall.

At some point in the future, the rezoning request will be presented to the council for consideration. The rezoning request is not listed on the agenda of the Zoning Committee meeting set for Wednesday, though it could be introduced at the start of the meeting.

The proposal pending before the Community Development Committee involves amending the CDP for three tracts of land from their current land use designation to the designation of Mixed Use-High Density. Here are the current zonings:

The Mixed Use-High Density category provides access to 14 of the city’s 38 zoning classifications, according to the city’s code.

However, Green Street President Katharine Kelley has indicated the company has no plans for a development of that intensity. Kelley said in reports published in February that Green Street intended to comply with a master plan for the neighborhood that envisions four story structures, with retail on the ground floor and residences on the upper floors.

This density is permitted in some of the zoning classifications that will be available if the city provides the Mixed Use-High Density category. 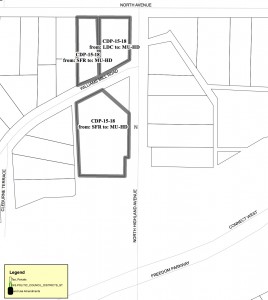 This map lists the requested amendments to Atlanta’s Comprehensive Development Plan to allow the redevelopment of land beneath and around the tavern. Credit: City of Atlanta