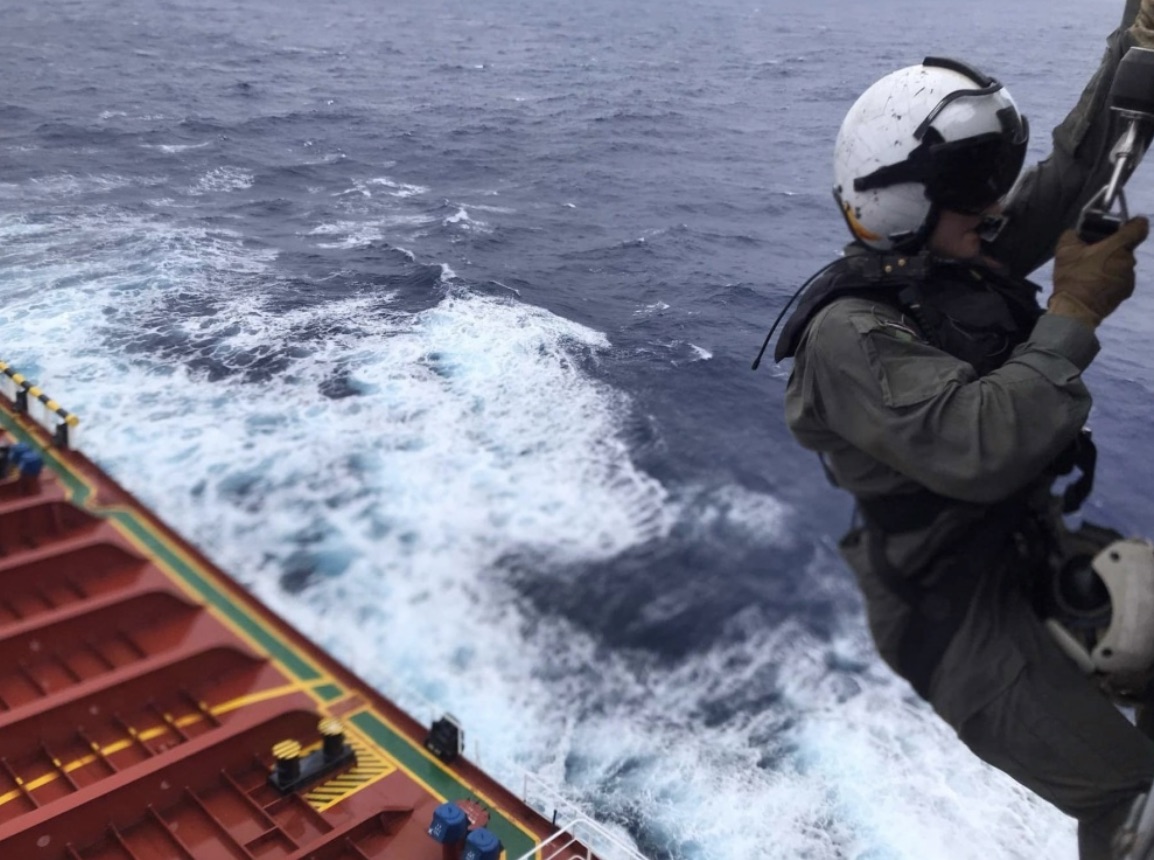 As it turns out, the Marietta naval officer who led the rescue by helicopter of a recreational sailor in the Pacific Ocean was on a mission that’s surprisingly common in waters west of Guam. Stranded folks are plucked out of harms way fairly often by U.S. teams from a base in Guam. 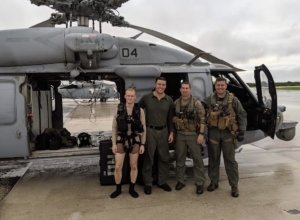 This stretch of ocean is strategically significant. It’s east of the South China Sea, site of increasing friction as China exercises territorial claims to the region. It also is part of a trade route that provides an alternative to the extremely busy Torres Straits, between Australia and the mineral rich Papua New Guinea.

The Marietta sailor led the 16th rescue call, as of late July, delivered to a naval helicopter group in Guam from a Coast Guard Station in Guam. Of those 16 calls, 14 resulted in recoveries during search and rescue, and medical evacuations. All these rescues are based out of an island territory that is closer to the Philippines than to Hawaii.

Navy Lt. Nathan Gordon, of Marietta, commanded the flight that received coverage in metro Atlanta media in late July. The helicopter had located the vessel about 115 miles west of Guam based, in part, on effort to track the disabled sailor’s satellite phone.

In its July 25 statement observing that Gordon had commanded the trip on July 24 that brought a sailor to safety, the Navy didn’t offer any personal information about Gordon.

His comments in the statement illustrates that his team was dispatched on the mission and had the teamwork, training, and resources to extract a “distressed sailor” from a 32-foot sailboat that evidently was hammered by a thunderstorm. The solo skipper had called for help on a satellite phone three days after the storm.

This is the Gordon’s comment in the Navy statement: 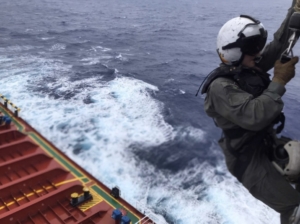 A Naval air crewman from Elmhurst, Ill., Nathan Swartz was lowered from a Navy to the deck of the CSC Brave, an oil tanker to assess a patient and subsequently lift the patient to receive medical care. Credit: Petty Officer 2nd Class Kirsten King

The Navy did not respond to repeated requests for additional information sent on July 26 and July 29. The Navy’s initial statement said its mission is to share sailors’ stories and to notify sailors’ families that their loved ones had received attention. The Navy’s last action on Gordon’s story was this email forwarded July 30 to someone who didn’t respond: “Forwarding the below request from ….”

Two weeks after Gordon’s flight, the same squadron – not under Gordon’s command – scrambled into service and rescued a crewman from an oil tanker flying under a Hong Kong flag. The helicopter evacuated the sailor from the CSC Brave, according to a report by marinetraffic.com. The tanker was enroute from Fiji to China, the report shows.

This time, the report focused on the readiness of the team and its ability to serve the Northern Mariana Islands, rather than the actual rescue. The report quotes Cdr. Frank Loforti, commanding officer of the helicopter squadron, HSC-25:

Previous Article
Politics of federal hurricane relief on display in N.C. as storm approaches Georgia
Next Article
Saving the Atlanta BeltLine: A shift from transit to micromobility