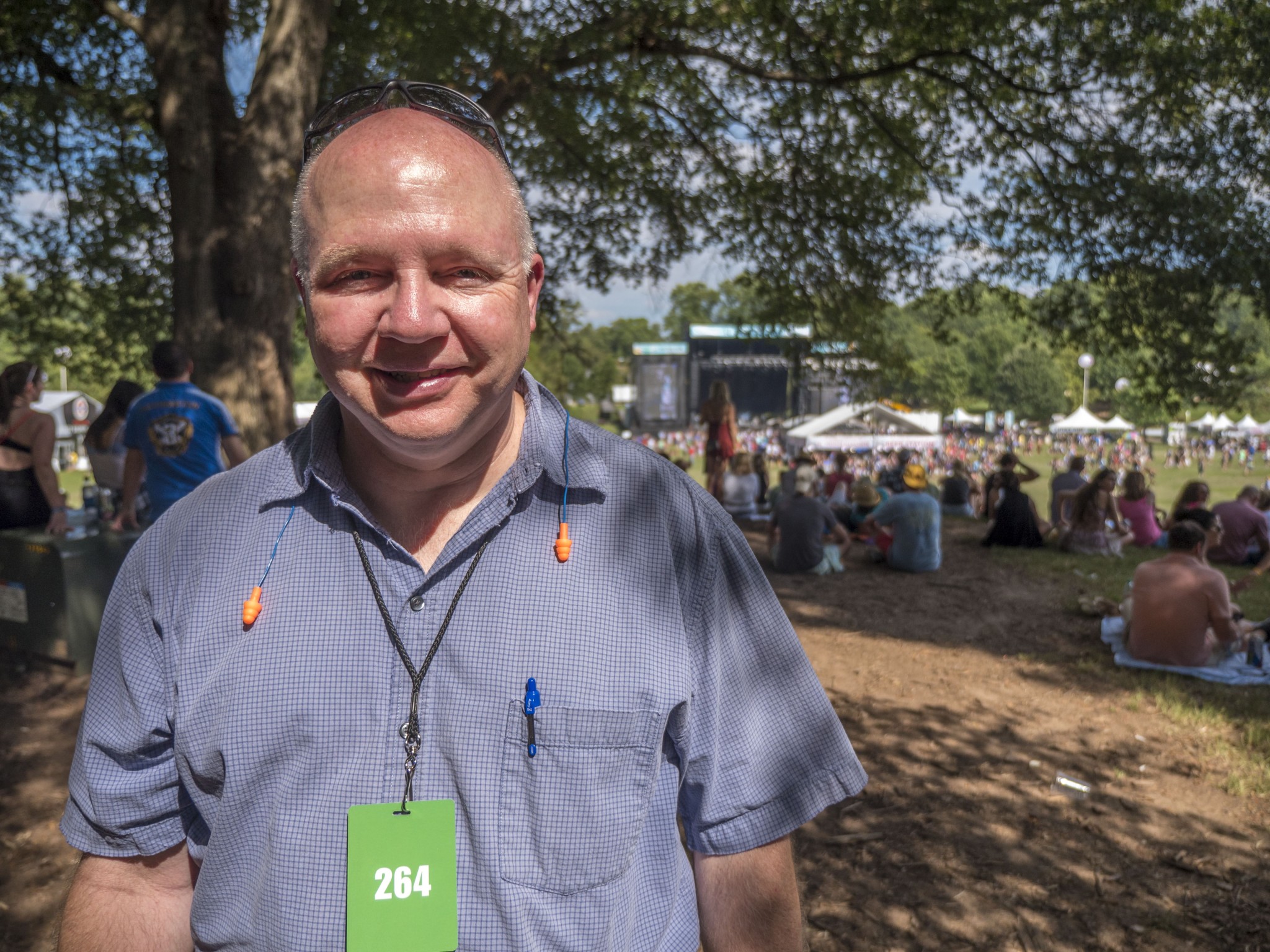 For Mark Banta, leading the Piedmont Park Conservancy is as much an art as it is a science.

That statement is never truer than the weeks leading up to Music Midtown – a two-day festival that takes over Piedmont Park in September.

The 2015 edition of Music Midtown wrapped up on Saturday, Sept. 19 – the second year in a row of near-perfect weather for the two-day extravaganza of music – this year on four stages – the greatest number of stages since in the five years it has been in Piedmont Park.

As president and CEO of the Piedmont Park Conservancy since July 2014 and its interim leader since that January, Banta is as measured as they come. 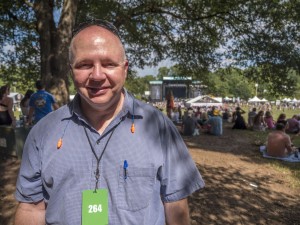 Mark Banta of the Piedmont Park Conservancy at Music Midtown on Saturday Sept. 19 – with his ear plugs hanging around his neck (Photo by David Luse)

During the two-day festival, Banta walked around wearing earplugs – barely paying attention to the music – spending his time studying the movement of crowds, the placement of vendors and the endless number of issues that come up when hosting a “Class A” music festival with an estimated 100,000 people over two days.

But no festival is the lightning rod in the surrounding neighborhoods that is Music Midtown.

“There’s certainly a more vocal group related to Music Midtown,” Banta observed. “I think it’s because it’s a gated, ticketed event rather than a free event.” 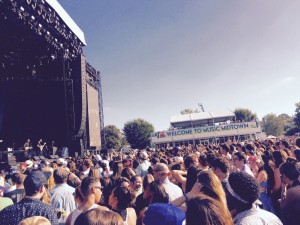 But Banta said there actually are several issues intertwined in the discussions about Music Midtown and other events in Piedmont Park.

At the center is whether Piedmont Park should be more of a passive, community-centered park or an active, regional park with major events – and how does the city and the Conservancy strike the right balance between both.

On neighborhood websites, most grumbling seemed focused on the 10 days leading up to the event – disruption in the park with trucks and fencing combined with the closing of the 10th Street bike lane and sidewalk.

But Music Midtown also seems to be taking the heat for the City of Atlanta’s relaxed policy of allowing multiple “Class B” and “Class C” festivals have permits in Piedmont Park.

Banta, in an interview at the park on Sunday after Music Midtown, stated the obvious – 10 events with 20,000 people equal a crowd of 200,000. It is a rare weekend when Piedmont Park does not have one festival or another along with weddings or other events in rented venues – all bringing in cars and trucks – destroying the “no car” policy within Piedmont Park. 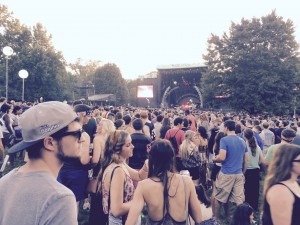 The Atlanta City Council now is looking into the city’s festival policy as it impacts Piedmont Park and other city parks.

One misconception is that the Piedmont Park Conservancy benefits financially from these festivals. The city gets the permit fees, and they end up in the general budget – not the parks budget.

Even Music Midtown, which pays the city a $400,000 permit fee, that money does not end up in the park. For the past two years, Music Midtown has donated $100,000 to the Piedmont Park Conservancy (partly to compensate it for lost business during the event), but there is no contract or guarantee for that donation.

Is there a more equitable way for the city’s parks to benefit when they host major events – perhaps dedicating the permit fees to the parks department? Or in Piedmont Park’s case, maybe the city could charge each vehicle entering the park’s gates. That would not only generate revenue, it would help it return to being for pedestrians more than cars (fining cars is my idea – not Banta’s).

But Banta does believe the public should have a better understanding of the issues involved. For example, the city requires event organizers to put the park back in the same or better condition than which they found it. 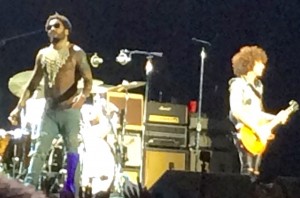 That’s easier for the bigger events that have professional managers, but it’s more difficult for the smaller events that often don’t have the resources, the knowledge or the skills to fulfill that commitment.

Banta, who used to be general manager of Centennial Olympic Park, also is a big believer in “best management practices.” The Piedmont Park Conservancy wants to work with all the festivals to minimize the disruption on the park and the surrounding communities.

Banta, a specialist in agriculture and turf during his days at the University of Georgia, said the real test will come during bad weather – like the Music Midtown of 2013 – before he had joined the Conservancy.

“What might appear to a lay person as the grounds being permanently ruined is rarely the case,” Banta said. “The time of year does make a big difference. The later the festivals, the tougher it is.”

Again, Banta is careful to not state an opinion but to state the facts.

When Live Nation initially announced Music Midtown 2015, the press release stated that a fourth stage would be located on the “Active Oval,” where the baseball and soccer fields are located. 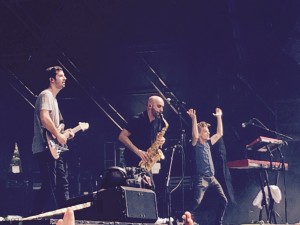 The Piedmont Park Conservancy let both the city and the promoter know of their technical concerns of having a stage located on the Active Oval – a $2 million amenity that has a complex and fragile drainage system that was not designed for the weight of a festival and a stage.

“They decided not to use the Active Oval,” Banta said. “We are glad that decision was made. We stayed very factual and straight-forward about our concerns.”

Because the economy is improving, many festivals would like to expand their footprint. But Banta said the City of Atlanta’s festival ordinance does provide some level of protection.

Still, festivals – big and small – want to go to the park with the brand name – Piedmont Park – although there are several other wonderful parks throughout the city.

How does one decide which events get to go to Piedmont Park? How many festivals are too many? Is having a gated, ticketed event different than a free public event?

“I don’t know what all the answers are but I pledge to work with everybody to try to figure out what the answers,” Banta said. “Our job at the Conservancy is to try to be a facilitator. We are trying to balance all of these issues.”

Previous Article
Atlanta was one of only a few American cities to host the special visitor
Next Article
Civic elders ask millennials to engage with community; How will they respond?