Mark Pendergrast asks: Is Atlanta on the verge of greatness or mediocrity 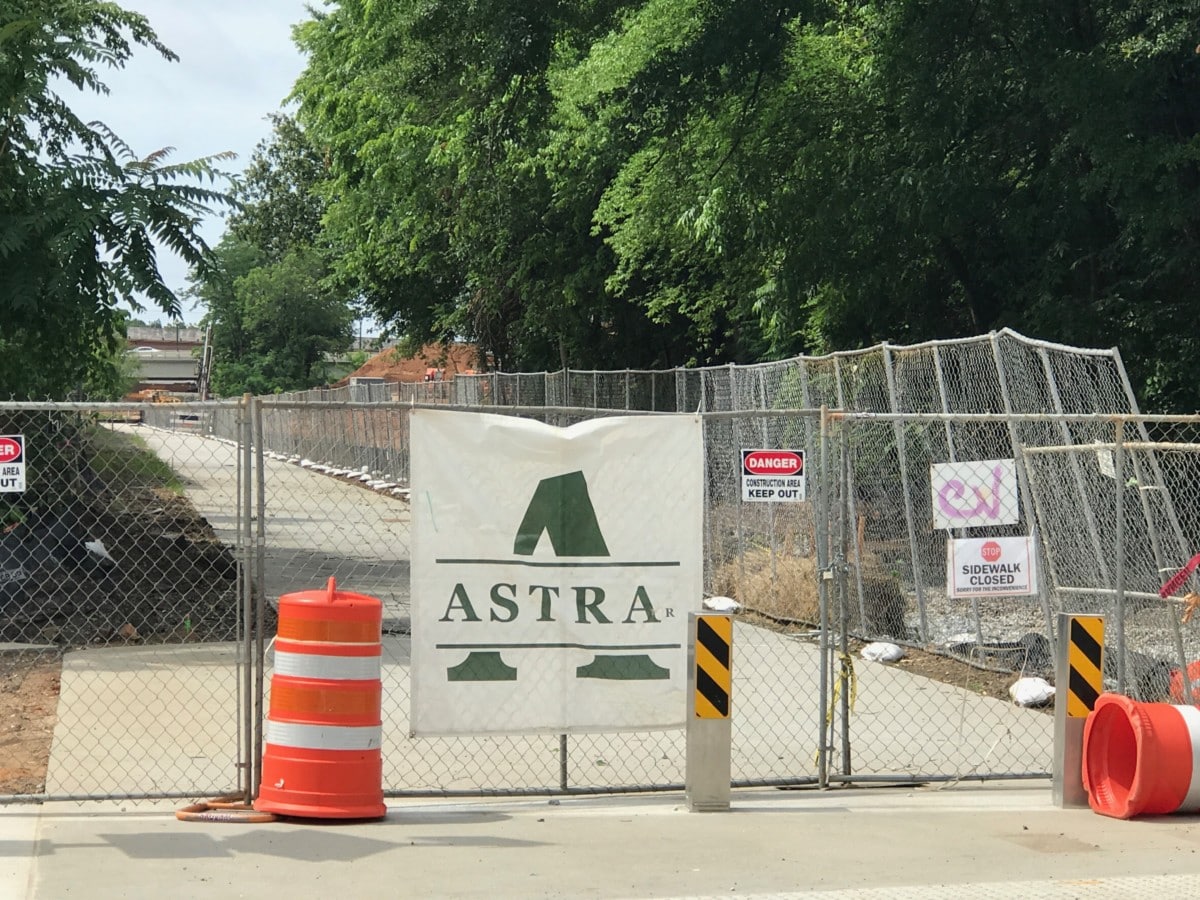 In the eyes of Mark Pendergrast, Atlanta is a “City on the Verge.”

Pendergrast, an Atlanta native and author, has just penned an elaborate and exhaustive tale about the Atlanta BeltLine in his most recent book – “City on the Verge.” 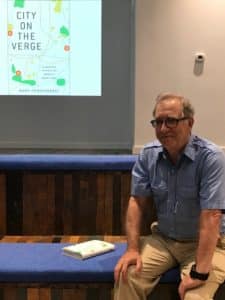 Throughout the book, Pendergrast sandwiches in slices of Atlanta’s history – providing a non-judgmental view of the city’s racial tensions and successes as well as its obsession with transportation and its own identity – nationally and internationally.

To hear more of Pendergrast’s observations about Atlanta, I attended two of his speaking engagements last week (one at the Carter Library and the other at the offices of the Atlanta BeltLine Partnership) to see how his views meshed with mine.

Pendergrast opens up the introduction of his book with this sentence: “Atlanta is on the brink of either tremendous rebirth or inexorable decline.”

In the last chapter, titled “The Future of Atlanta,” Pendergrast elaborates on his thesis:

“Atlanta is on the verge of becoming a great place to live and work, with sufficient density, multiuse trails, and public transit. Especially through the BeltLine project, it is in the process of remaking itself, connecting disparate neighborhoods while encouraging development and a booming economy. If it can happen in Atlanta, it can happen anywhere, and the BeltLine could provide a model for the rest of the country.

“But Atlanta may also be on the verge of falling once more into over-hyped mediocrity, if city leaders continue to grasp at grand-sounding ad hoc plans that do little to change the city’s fundamental inequities and inefficiencies.”

The book comes out at a pivotal time in Atlanta’s history – in the midst of a wide-open mayoral campaign that undoubtedly will determine which path we’ll take to develop our city. Park Pride’s Michael Halicki personally bought nine copies of Pendergrast’s book to give to the leading mayoral candidates. 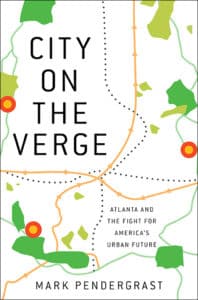 Book cover of “City on the Verge” by Mark Pendergrast (2017)

During his talks, Pendergrast challenged Atlanta in several specific areas.

One of the most intriguing were his repeated pleas to take down the fences around the Atlanta Water Works and to not seal off the public from the Bellwood Quarry when it is turned into a manmade lake that will provide a 30-day water supply for Atlanta in the event of a severe draught.

“I’m pretty sure they’re going to put a fence around this beautiful lake,” Pendergrast said. “For goodness sake, let people use this lake. Let people fish on it and swim in it.”

Like many of us who grew up in Atlanta, Pendergrast remembers when the Atlanta Water Works was open to the public. We all remember having picnics next to one of the lakes or the jogging and walking trails around the other reservoir. It literally is one of the most beautiful places to view the city’s skyline – at dawn or dusk – that is if people were allowed to enjoy the city-owned property.

Pendergrast was equally passionate about the inequities that have divided the city and the looming fear that the development of the BeltLine as well as the city’s intown renaissance will force out the poor and the working class – further exacerbating the city’s economic disparities. 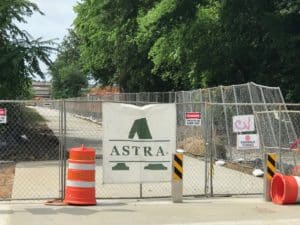 In the book and during his talks, Pendergrast acknowledged being conflicted about the real tensions that exist over the priorities of the BeltLine.

Should it be a corridor primarily for multi-purpose trails and parks – an Emerald Necklace? Should it the priority be to have transit within the right-of-way?

I must admit I share his ambivalence about the corridor’s priorities. Pendergrast takes a trails first, point of view, but has come to the conclusion that at least parts of it should be served with transit.

In reality, the BeltLine is so many different things to so many different constituencies. It’s hard to accommodate everyone’s interest in the narrow corridor. In my mind, yes, there should be parallel trails – either two one-way trails or having a passive trail for walkers and an active one for cyclists and runners.

It’s amazing there haven’t been more serious injuries on the existing Eastside Trail given how many people use it. 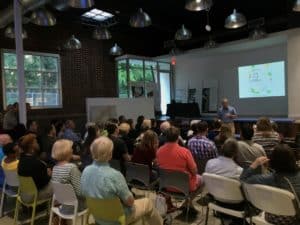 And yes, eventually, there should be transit. But I would suggest that we need to look at ways to widen the corridor wherever feasible to be able to handle parallel trails and transit.

Where I found myself disagreeing with Pendergrast was his dismissal of the Atlanta Streetcar as a disaster, and suggesting that we should solve Atlanta’s traffic problems with bus-only rapid transit lines on our streets.

The Atlanta Streetcar has had its fair share of challenges – and there are a host of reasons why – most having nothing to do with the mode of transportation.

If we really want to create a walkable, thriving city, a streetcar is so much superior to a bus. The permanence of rail does contribute to the kind of transit-oriented development that welcomes density with walkability. Even along the existing streetcar route, we are seeing pedestrian-oriented developments emerge.

While streetcars are more expensive upfront, they are cheaper to operate. And because they are powered with electricity, they are more environmentally-friendly. 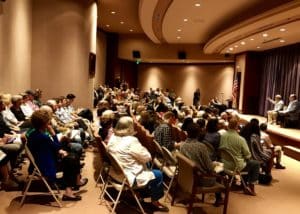 There certainly is discussion to be had as to whether streetcars should have their own right-of-way or whether they should share the roadways with cars.

But all of these are issues and questions that we as a community must hash out as we evolve from a city on the verge to a city that has arrived.

In short, “City of the Verge” is an excellent jumping off point for us to explore how we want to Atlanta and other cities in the United States to grow. And the story of the BeltLine is an excellent case study that reminds us that rebuilding cities is hard work.

“The reason I went into such detail of all the challenges the BeltLine faced is to help other cities,” Pendergrast said. “You wouldn’t believe all the things that happened that almost derailed the BeltLine, and there are more challenges ahead.”

In conclusion, Pendergrast is hopeful Atlanta will choose the right path, saying: “Things are moving in the right direction in this city.”

As I see it, cities are always on the verge. Decisions are made every day that will shape our physical and spiritual future. It is up to us to make sure we are making the right decisions to get us to where we want to go. 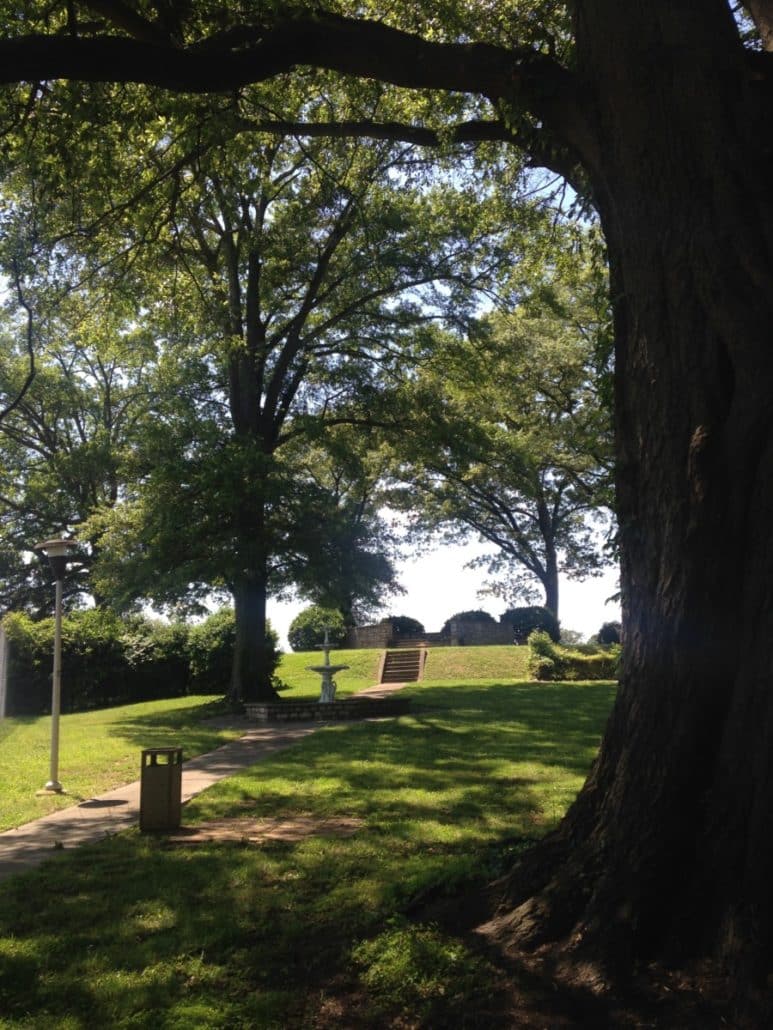 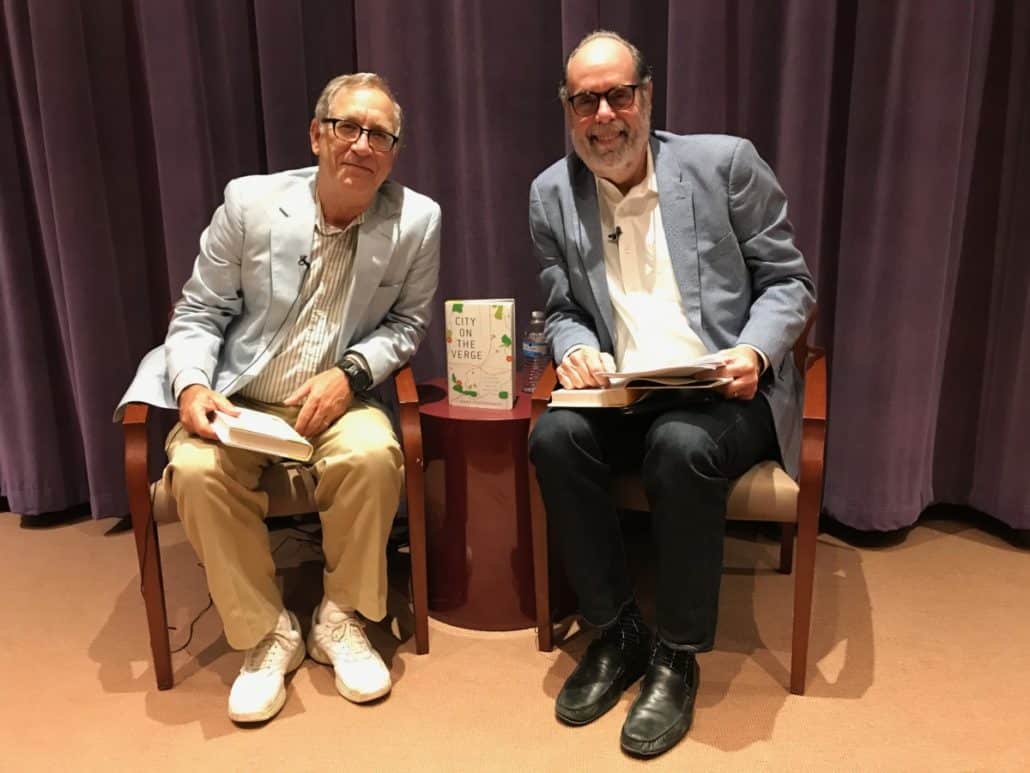 Mark Pendergast and interviewer Bill Nigut at the Carter Library for the talk on the “City on the Verge.” (Photo by Maria Saporta)