Mark your calendar for a north and south Fulton transit tax vote, maybe 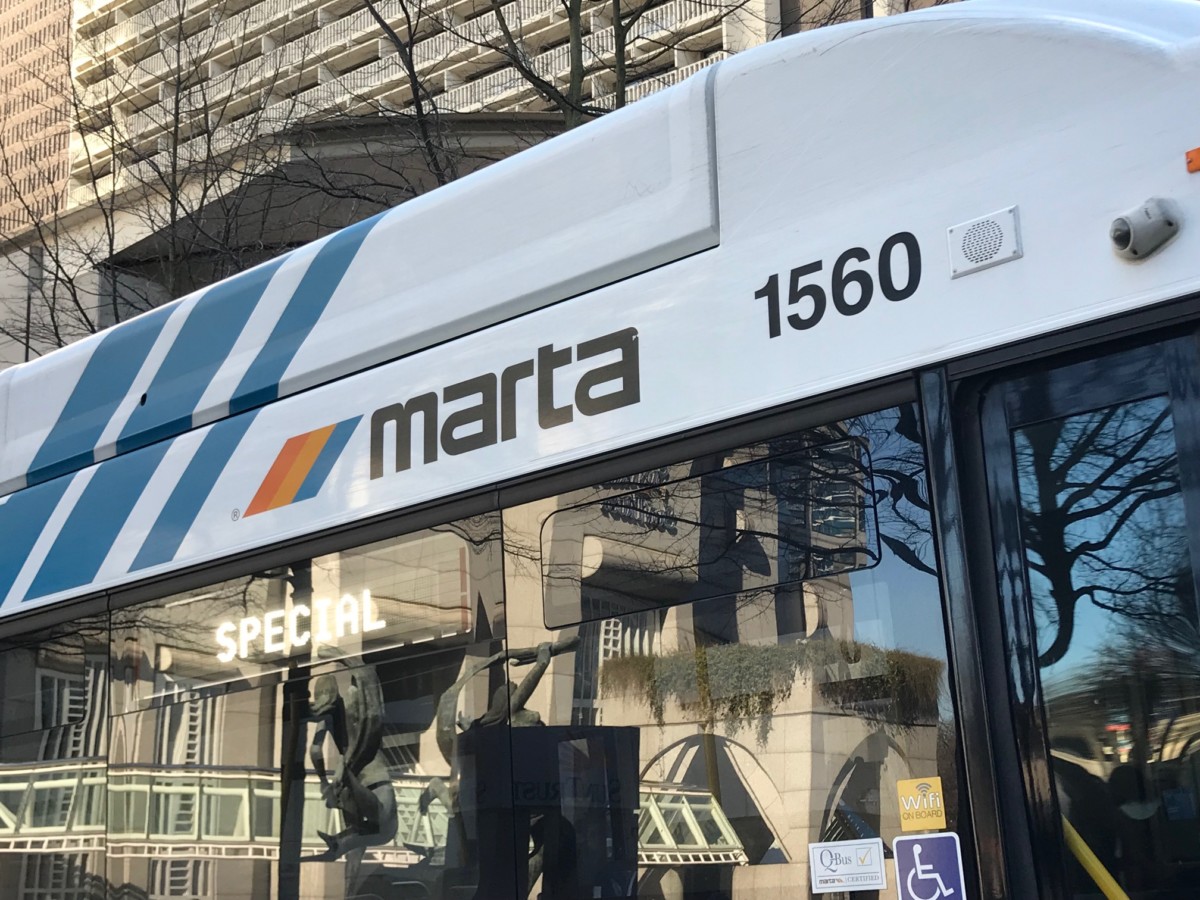 For months, elected leaders from north and south Fulton have been talking about asking voters for a new sales tax for some new, fast bus service. Now the question is whether they can or should set up a November vote.

At an April 23 meeting Downtown, north and south Fulton leaders discussed whether they’d try and set up a November vote on a transit tax. Credit: Maggie Lee

Union City Mayor Vince Williams is for putting it in fifth gear because voter turnout will be much higher this November than at any time next year, an off-year.

“If we continue to wait until next year we’re just sitting here looking at each other,” Williams told county commissioners and fellow Fulton mayors at a meeting Downtown last Monday.

“I think the best thing to do for all of us, especially those folks who say they want much more robust transit opportunities for our citizens — it’s time to start working next month … we’re going to have the largest opportunity this year, not next year,” he said.

What the mayors are trying to figure out is whether or when to ask voters for a sales tax of up to two-tenths of a penny for north and south Fulton’s cities. They could set that tax for 10 to 30 years.

They’ve already rallied around the idea of asking for a tax for “bus rapid transit” on major roads in both parts of the county. BRT buses run in express or dedicated lanes.

But a half-penny plan they endorsed earlier this year is a bigger tax than is allowed under a regional transit bill passed by the Georgia Legislature this year.

Though November sounds like a long way off, there are a lot of technical steps for setting up a vote: the mayors have to notify the public, discuss a project list, talk to the Georgia Department of Transportation about where to set up BRT stops, get formal agreements signed among their cities and start talks with MARTA about a service contract.

Johns Creek Mayor Mike Bodker tapped the brakes — he said it’s all but certain that if the group moves toward a November vote, his city council won’t endorse it.

Earlier this year, the city council there approved a resolution against any tax increase for transit unless they see detailed proof that any tax will reduce congestion and will increase ridership.

“While in my heart I believe that the BRT has a lot of efficacy and will solve many of the issues that they’re raising and will meet all the criteria they put forward … absent seeing that, and seeing it well before the call for the referendum, I think they will get their back up and you’ll have 14 percent [of the population] out before we start.”

The mayors need cities that represent 70 percent of the population to sign on to set up any referendum.

The Monday meeting closed with the officials giving some homework to MARTA leaders at the table: to report back on where stations would be and what kind of ridership the service would attract.

Liz Hausmann, a commissioner who represents part of north Fulton County, said that if they had all that information, it would be great to have the referendum in November when voter turnout will be large.

She suggested starting the process as if they could make the November deadline — and if that doesn’t work out, they could aim for an early 2019 vote.

“I do think it’s really important that we get busy,” she said.